Investors alarmed ahead of UK election 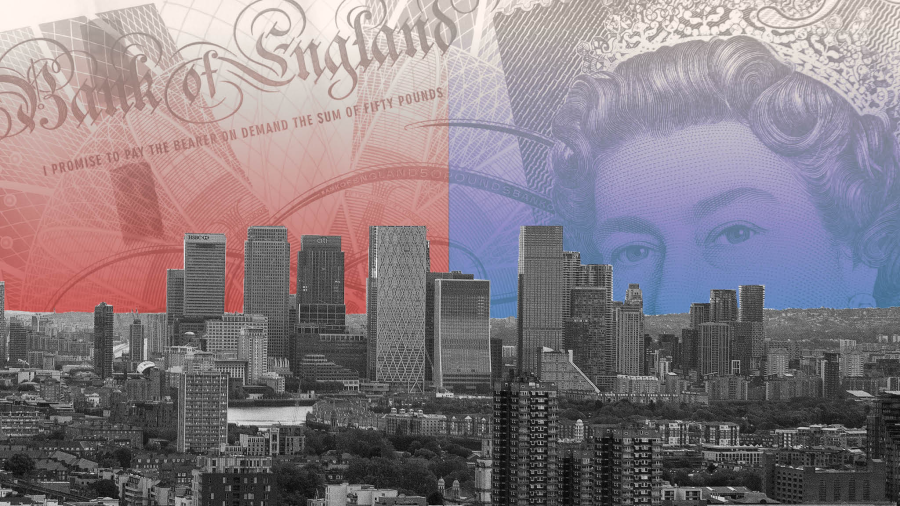 Fund managers from the City of London to Canary Wharf have long warned that Brexit would be destructive for the UK economy. But as the country gears up for its Brexit election, the prospect of the UK leaving the EU is no longer the biggest concern for many investors.

Over the past two weeks, the UK’s political parties have set out their stall for the country ahead of the December 12 poll. Boris Johnson’s pro-Brexit Conservative party promised to get Brexit done, but it is the nationalisation plans of Jeremy Corbyn’s Labour party which have spooked investors.

Labour, which has pledged to hold a second referendum on Brexit, said it would nationalise utilities, increase corporation tax and roll out mandatory employee ownership, with commentators arguing it was the most leftwing manifesto in a decade.

“There are some pretty radical policies in there that would scare investors,” said a UK-based portfolio manager at a global asset fund house. “If Labour were elected foreign investors would be concerned. There could be a concern about whether Britain would be a good place to do business.”

An investor at a large British fund manager said that under Labour’s plans, there was a blurring of the lines between public and private assets and that was worrying for all investors. But he added: “As economically flawed as we think these policies are they have quite popular appeal.”

Labour, which is lagging behind the Tories in the polls, is under pressure to woo investors. The Conservative manifesto, in contrast, was “designed to avoid any potential pitfalls rather than one to inspire”, said Oliver Blackbourn, a portfolio manager at Janus Henderson.

The latest election came after three years of political, economic and business uncertainty in the wake of the June 2016 Brexit vote. Asset managers from Legal & General Investment Management to Standard Life Aberdeen have been strengthening overseas operations to ensure they retain access to EU clients.

Investors, meanwhile, have fled UK-focused funds. More than €21bn has been pulled out of mutual funds and exchange traded funds investing predominantly in UK equities since the end of June 2016, according to figures from Morningstar data, the data provider.

“Since the 2016 referendum investor sentiment in the UK has been in effective quarantine,” said Phil Harris, manager of the UK Equity Growth fund at EdenTree Investment Management.

Now, however, many fund managers plan to back a party that wants to take the UK out of the EU — something they did not initially want — believing this would be the lesser of two evils.

Fund managers have become more comfortable with Mr Johnson since he appeared to soften his stance on leaving without a deal. The prime minister agreed a deal with the EU in late October, a move investors believe lessens the likelihood of the UK crashing out of the bloc. DWS, the German asset manager, noted in response that sterling had risen against the euro from 1.11 to 1.16 and 10-year gilt yields had rallied from 0.47 to 0.81 per cent.

Edward Park, deputy chief investment officer at Brooks Macdonald, a wealth manager, said: “We have clarity that the Conservative party is pursuing a deal. That means there is a big reduction in the no-deal risk.”

Brooks Macdonald has slightly increased its exposure to UK equities to 21 per cent in recent months as it became clearer the Tories were pursuing a deal to leave the EU, rather than without a deal as Mr Johnson had previously suggested. However, the wealth manager is significantly underweight in UK equities, with its global in-house index suggesting a 30 per cent weighting.

Andrew McCaffery, chief investment officer for alternatives at Fidelity Investments, said the Conservatives have “reasonable momentum at this stage”, adding that “markets are responding to what they see” in the polls.

Polls suggest the Conservative party is on course to win a majority at the election. The Financial Times’ poll of polls puts the Conservatives on 43 per cent and Labour on 31 per cent. The pro-Remain Liberal Democrats, meanwhile, appear to be struggling to gain traction with voters.

“We have been somewhat surprised by how much [the Lib Dems] have faded away considering they hold the opposite side to the Tory party,” Mr Blackbourn said.

Several investors who spoke to FTfm, however, said that while a Labour majority looked unlikely, it could not be ruled out. A minority Labour government or coalition is also a possibility.

Mr Park said there was uncertainty over the polls. “If Brexit is a major issue in how people vote, we are adding in an extra factor,” he said, adding that could mean there was room for error in the polls.

But he added: “It is still early days. We would caution that the British electorate has become extremely volatile in recent cycles and that polling has been highly ambiguous for much of the year-to-date.”

The question now is what happens after the election. DWS said the risk of a no-deal Brexit currently stands at about 15 per cent, while a no Brexit at all stands at 45 per cent.

Mr Blackbourn said that in the short term sterling was likely to rise if there was a convincing Tory majority, which would provide certainty to markets that the UK would leave the EU. Sterling could also rally if there was a Labour coalition, because of the increased chance of a softer Brexit, he suggested.

But in the event of a small Tory majority or minority, “political gridlock” would be likely, raising the risk of the UK crashing out of the EU by the end of January. “It is probably toward the worst scenario we see,” he said.

Regardless of the election result, Mr Blackbourn argued that longer term there would be sterling weakness, because the Brexit issue “won’t be going away”.

The Tories will have to grapple with whether to extend the transitional period and the challenge of agreeing an EU trade deal, while a Labour coalition would be faced with a second referendum.

“Uncertainty doesn’t go away whatever outcome you get. And that makes it difficult for the country,” he added.

Andrew Cole, head of multi asset at Pictet Asset Management, who believes the election “looks to be a close call”, said that from a valuation perspective the UK looks cheap relative to its peers, as does sterling. “If there is a resolution to the political impasse and Brexit then this might be a catalyst for this discount to be removed,” he said.

In their manifestos, the three main parties did not go into their ambitions for the financial services sector.

But Ian Simm, founder and chief executive of Impax Asset Management, said that regardless of who is in 10 Downing Street in December, the next government will need to change investment perceptions of the UK after a tremulous few years.

“The UK has long been attractive to international investors who value our solid institutions, rule of law, educated workforce and strong business culture. In recent years, certain events have raised doubts about some of these credentials,” he said.

“Investors are deeply concerned both by policies that are likely to prolong uncertainty around our major trading relationships and by plans to nationalise or partly nationalise basic services, particularly at prices below market. It’s imperative that the next government is effective in removing these concerns.”