The agreement sees Santander become the main sponsor of both leagues for at least the next three years, granting the bank a variety of activations.

The deal’s activations include logo placements during the competitions, dedicated content segments, commercial slots during broadcast breaks, banners, special drops for the audience and VIP tickets for the finals.

Santander said it considers the deal to be a digital media addition that will promote its brand in different competitive circuits. Alongside esports, the bank has sponsorship agreements in Formula 1 and across football.

According to Picquot, investment in esports is part of a project by the bank to connect with a younger, active and diverse audience, whilst also promoting values such as teamwork and resilience. The director said such an audience cannot be easily reached through traditional media channels — a common motive for non-endemic esports partnerships.

“[Esports is] creating employment, there are professional teams, there are high-performance centres with people training, this is something that is here to stay and something we want to connect with.”

Prior to this deal, the bank has tested a multitude of different sponsorship opportunities within the esports sector. Its subsidiary brand Openbank sponsored the Superliga, League of Legends’ Spanish European Regional League. Moreover, Santander promoted itself within the Brazilian scene, sponsoring the Brazilian Free Fire League (LBFF) and esports organisation FURIA.
Recently, the bank also announced a five-year partnership with the Brazilian League of Legends Championship (CBLOL), kickstarting an international sponsorship push centred on Riot Games’ IP.

According to Picquot, Santander chose to sponsor League of Legends due to its audience, the ecosystem, and the title’s prestige around the world.

Additionally, the perception that the title promotes strategic thinking and teamwork, along with the narrative that the game is not considered violent, contributed to the choice.

Picquot did not disclose the figures behind the deal, but said that the value won’t reach the same levels as football or Formula 1. “It is more a niche-audience type of channel, to connect and engage with in a very different way. We see it as complementary to those other partnerships.”

Picquot also did not reveal what Santander’s next steps were in esports, but promised more is to come. Brand activations for the LEC and the LLA are still under development, but the director revealed that collaborations with Mastercard, another League of Legends esports sponsor, are being considered.

The partnership was officially unveiled on June 14th through an event hosted in Madrid, Spain, featuring streamers, artists and League of Legends players. 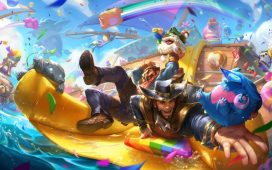 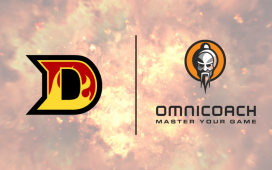