London’s V&A museum has unveiled its latest fashion exhibition, ‘Fashioning Masculinities: The Art of Menswear,’ tracing how menswear has been fashioned and refashioned over the centuries.

The exhibit is the V&A’s first to celebrate the power, artistry and diversity of masculine attire and appearance, and places fashion designed by Grace Wales Bonner, Harris Reed and Gucci, alongside paintings by Sofonisba Anguissola and Joshua Reynolds.

Co-curators Claire Wilcox and Rosalind McKever said that the exhibit has taken four years to put together and aims to showcase how designers, tailors and artists, as well as the people wearing the designs, have constructed and performed masculinity. This is shown through 100 looks and 100 artworks, displayed thematically across three galleries examining – undressed, overdressed, and redressed.

What makes this exhibition stand out is how the fashion sits side-by-side with historical treasures, classical sculptures, Renaissance paintings, iconic photographs, and powerful film and performance pieces, to showcase masculinities across the centuries.

Fashioning Masculinities: The Art of Menswear opens at the V&A

Fashioning Masculinities opens with a Craig Green spring/summer 2021 deconstructed suit as a focal point for the ‘undressed’ section exploring the construction and deconstruction of both the masculine body and conventions of masculinity. It sits alongside items exploring the male body and underwear in a utopian dreamscape, looking at how classical European ideals of masculinity have been perpetuated and challenged over the centuries.

Plaster casts of the Apollo Belvedere and the Farnese Hermes are juxtaposed with modern and contemporary representations of the body, from prints and photography by David Hockney, Lionel Wendt, Zanele Muholi and Isaac Julien, to fashion designed by Jean-Paul Gaultier and A-Cold-Wall*.

The second gallery, ‘overdressed,’ explores the elite masculine wardrobe in an immersive space featuring oversized silhouettes, lavish materials like silks and velvet in daring colours, and symbolic patterns that were used to express status, wealth and individuality. Highlights include armoured breastplates, silky smoking suits, and a Dolce & Gabbana cape juxtaposed with a Sofonisba Anguissola painting.

But the stars of this section belong to the custom Randi Rahm suit and full-length embroidered cloak with a hot pink lining and embellishments, worn by Billy Porter at the Golden Globes in 2019, and the addition of pink ensembles by emerging designers Harris Reed and Grace Wales Bonner.

There is also a rainbow of masculine outfits designed by Kim Jones for Fendi, Alessandro Michele for Gucci, Rahemur Rahman, Ahluwalia and Orange Culture on display.

The final section ‘redressed’ tries to piece together the modern masculine uniform of the suit. There is a reflection on English country tailoring and the origins of the suit, with historical garments from the V&A collection shown alongside contemporary reimaginings, including a kilt by Nicholas Daley, as well as how designers from Rick Owens to JW Anderson, are slashing away at conventions both for menswear and masculinity.

The highlight though of the entire exhibition is in the final room, where three glamorous gowns showcase how celebrities are inverting masculine ideals. There is Billy Porter’s tuxedo gown by Christian Siriano, which he wore at the Oscars in 2019, alongside the Alessandro Michele for Gucci gown and tailored jacket worn by Harry Styles on the cover of US Vogue in 2020, and the Ella Lynch and MistyCouture wedding dress worn by Bimini Bon-Boulash in the UK final of RuPaul’s Drag Race UK season 2.

Claire Wilcox and Rosalind McKever, co-curators of Fashioning Masculinities: The Art of Menswear, said in a statement: “Masculine fashion is enjoying a period of unprecedented creativity. It has long been a powerful mechanism for encouraging conformity or expressing individuality. Rather than a linear or definitive history, this is a journey across time and gender.

“The exhibition will bring together historical and contemporary looks with art that reveals how masculinity has been performed. This will be a celebration of the masculine wardrobe, and everyone is invited to join in.”

Fashioning Masculinities: The Art of Menswear runs from March 19 to November 6 at the V&A in London. 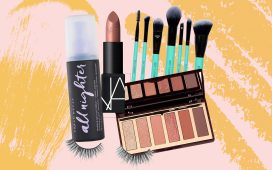 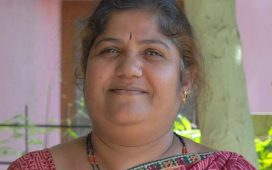 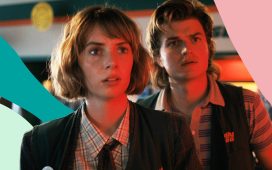 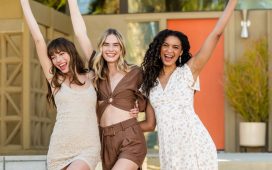