Inside No. 9 Series 6 Episode 4 Review: Hurry Up and Wait 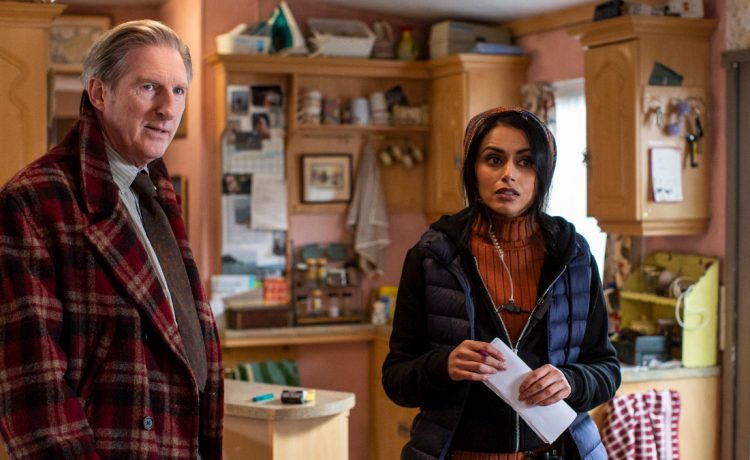 Reece Shearsmith plays James, an actor confronted by the family from hell, whose static caravan home is doubling up as the production’s on-location green room. When James’ “big scene” is hijacked by a glory-seeking Dunbar, he tries to rebuild his ego and fulfil his childhood dream of being a detective dream by solving the kidnapping case. Why are caravan owners Oona and Stan (Pauline McLynn and Steve Pemberton) acting so shifty? Why don’t their stories add up about where they were at the time of Baby Ryan’s disappearance? Why does his police officer costume seem to make them nervous?

So begins a detective tale disguised as a satirical portrait of actorly egos. As ever, there’s an insane amount packed in to 30 minutes. The skeleton-doll revelation is more effective as a nasty campfire ghost story shock than a satisfying dramatic solution (there are… practical considerations), but the way all the clues were seeded to make the viewer draw the same conclusion as James, only to wrong-foot us with a completely different ending, was very cleverly done.

It was part crime drama, part comedy of manners. Before James put two and two together to make five in the Baby Ryan case, the tension came from his unfailing politeness in the face of extreme rudeness. He was ignored by brusque production assistant Jo (Bhavna Limbachia), gawped at by Bev (Donna Preston), fussed over by Oona, menaced by Stan, and taken advantage of by Dunbar. Trapped by civility and intimidation, the family used James as a wall against which to bounce their insults at each other.

Pemberton’s Stan is a particularly unpleasant and nastily recognisable creation. Macho, hostile and aggressive (but sharper than James about the ‘Bobby’ misunderstanding), he enjoyed discomfiting their house guest in a way that recalls his namesake in A Streetcar Named Desire. It took James wrongly thinking he’d figured out the family’s secret – that Bev is actually a grown up Baby Ryan – for the balance of power to shift in James’ direction. Not for long. Puffed up with Poirot cleverness, James presented his theory and it all turned out to be bollocks, or more pertinently, a lack thereof. A rip open of Bev’s dressing gown, a black eye from Stan, and it was all over bar the grisly reveal in the final coda.

Dunbar proved himself game in a role that sent up the actor’s ego and riffed on his real back catalogue. Like series four’s awards jury episode ‘And the Winner Is…‘, his scenes were filled with well-observed fun-poking, from the rude PA to his outrage at the idea that he works to type. (I can vouch for how badly the most preening kind of actor takes that suggestion.) Those scenes though, weren’t the episode’s strongest. It was at its uncomfortable best thanks to the weird crackle of energy created by Donna Preston’s unpredictable performance, and the tension created by putting characters with such opposing energies as Stan and James in such close proximity.

There seemed to be a deliberate tastelessness to the ending, which was the kind of thing you could imagine children delightedly freaking each other out in the school playground. Maybe it made an oblique serves-you-right point about TV’s ghoulish fascination with missing-children true crime dramas, maybe it was just a gag. Either way, an episode like this one makes you grateful for the anthology structure. Before long, there’ll be another one here to take the nasty taste away.