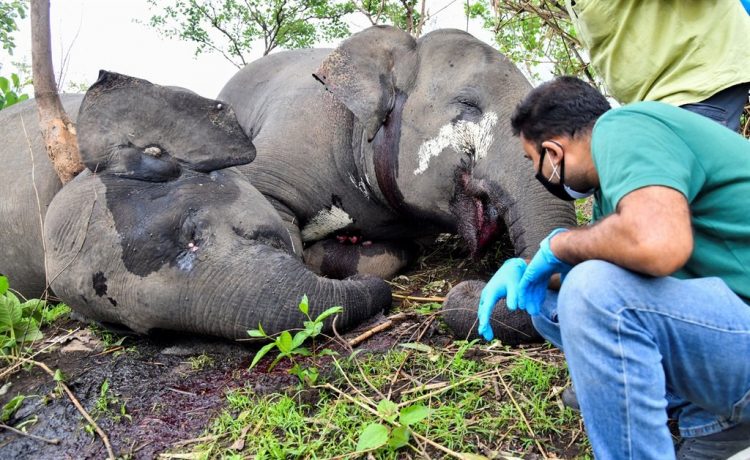 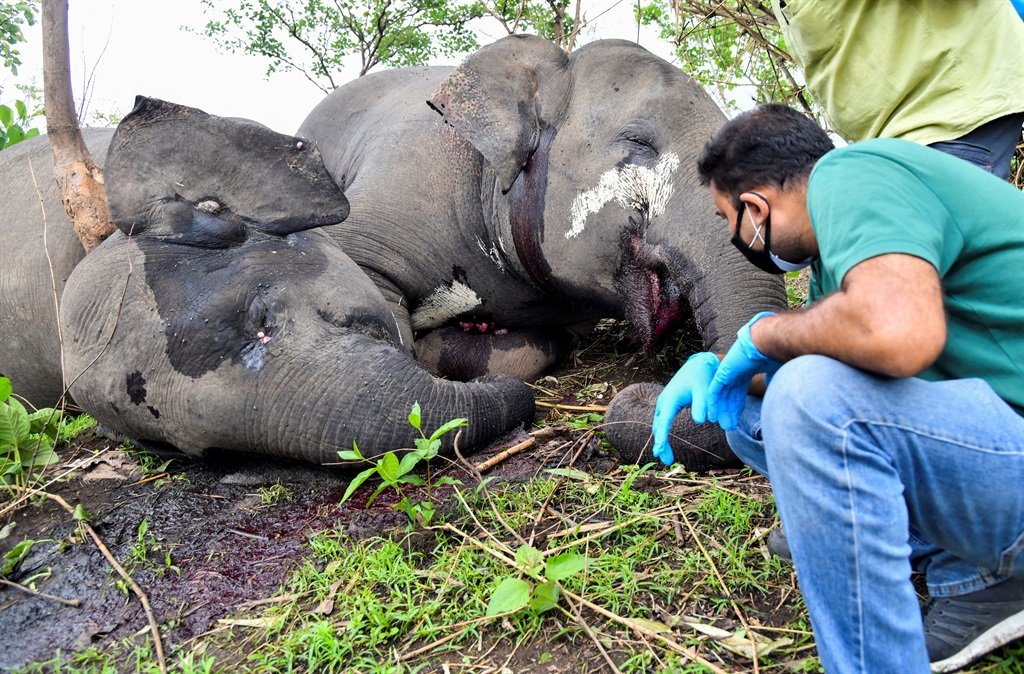 A veterinarian checks the dead bodies of wild elephants, suspected to have been killed by lightning, on a hillside in Nagaon district of Assam state on 14 May, 2021.

Indian authorities launched a probe on Friday into the deaths of at least 18 elephants, as a leading conservationist raised doubts that the animals were killed by lightning.

The dead herd was found in the hilly Kandali Proposed Reserve Forest in the northeastern India state of Assam on Thursday.

Forest officials and a local lawmaker, Jitu Goswami, told AFP they believed the elephants died after lightning struck the forest.

But prominent conservationist Soumyadeep Datta, from environmental activist group Nature’s Beckon, said that was unlikely based on social media images.

Poisoning could be behind the death of the elephants. We have to wait for the autopsy report, which the forest department will do soon.

A team of vets and officials headed to the site on Friday together with Parimal Shuklabaidya, Assam’s forests and environment minister.

India is home to nearly 30 000 elephants, around 60 percent of the wild Asian elephant population.

In recent years there have been rising incidents of elephants killed by locals – and vice-versa – as humans encroach further into forest areas.