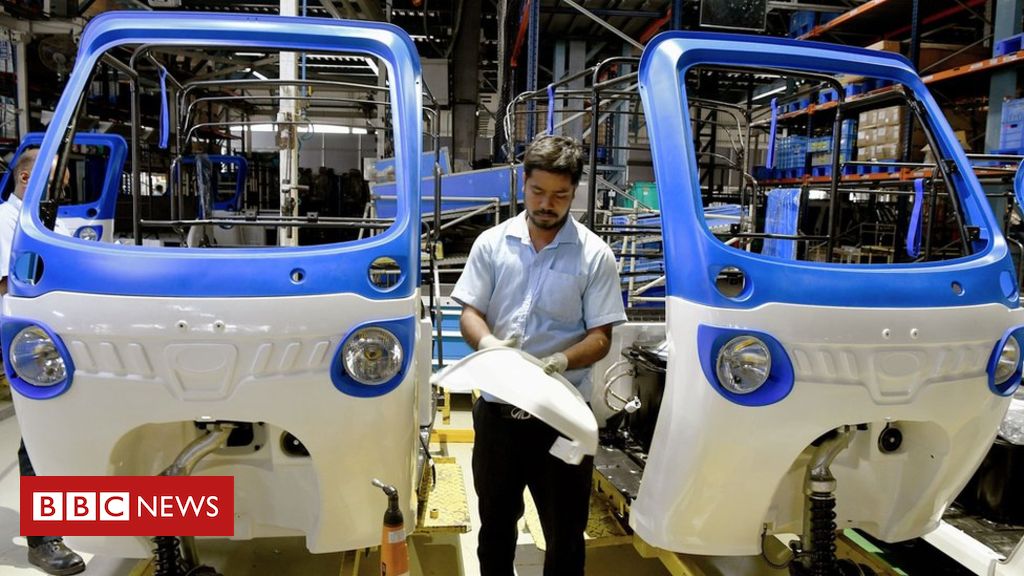 India has lost its spot as the world’s fastest-growing economy after it grew more slowly than expected in the first three months of 2019.

Official data showed the economy grew 5.8%, which is slower than the 6.4% growth registered by China, and down from 6.6% in the previous quarter.

It was the first set of figures since Narendra Modi secured a second election victory this month.

During his first term, India became the world’s fastest-growing economy.

But the latest figures, which show the slowest growth rate in 17 quarters, mean India’s growth rate has fallen behind China for the first time in nearly two years.

Economists had been expecting the economy to grow 6.3% in the first quarter.

The figures will put pressure on Prime Minister Modi’s government and the central bank to provide stimulus to the economy through fiscal measures.

Unlike China, India’s economic growth has been driven by domestic consumption over the last 15 years and the latest data showed weaker consumer demand.

There was also a slower growth in investment, which fell to 3.6% from 10.6% in the previous quarter.

Finance secretary Subhash Chandra Garg said that the next quarter – the three months of April to June – could also be “relatively slower”.

But, it should start to turnaround in the third quarter, he said.

The Reserve Bank of India is now expected to cut interest rates next month.

Unemployment data, that has been repeatedly delayed, was also issued on Friday and showed a rate of 6.1% in the 2017/18 fiscal year.

“It shows the jobs crisis is still there: there are not many new ones being created,” said NR Bhanumurthy, a professor at the National Institute of Public Finance and Policy in New Delhi.

There has not been detailed official data on unemployment for several year and chief statistician Pravin Srivastava told reporters “it would be unfair to compare it with the past.”

READ  Coronavirus-related cancellations STOP being covered by more travel and wedding insurers
Share on FacebookShare on TwitterShare on PinterestShare on Reddit
newsgrooveMay 31, 2019