I wish videogames would let me paint my armies – PC Gamer 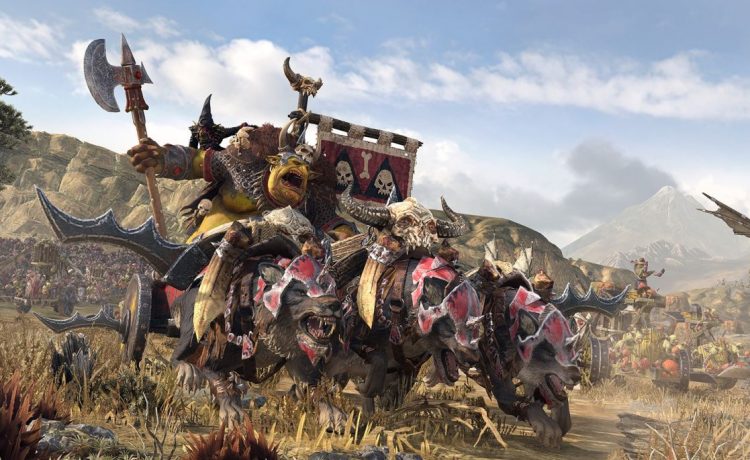 Despite my shaky hands, lack of artistic ability and short temper, I’ve become a wee bit obsessed with painting tiny warriors and sending them into battle on my dining table. After a nearly 20-year hiatus, I returned to Warhammer 40,000 back in 2019, and the grimdark universe of the future has become my happy place, especially when I’ve got one of my approximately 100 paint brushes in my hand. Naturally, I’m now trying to chase that high on PC, but I’m not having much luck.

Videogames have borrowed plenty from their tabletop cousins, giving us direct adaptations, digital spin-offs and games more broadly inspired by physical romps. Nothing has been more influential than Warhammer, though, with Games Workshop giving just about anyone the license. It seems like we’re only ever a few days away from a new game or announcement, and I’m not remotely tired of them yet. But one of the most important parts of the whole Warhammer experience has been conspicuously missing.

I love the dense lore and grim sci-fi battles of 40K, but the real appeal is seeing the army that I built and painted by hand kicking the shit out of another army. I adore my Necrons and Space Wolves because they are 100 percent mine—every brush stroke, every imperfection. So when I play Dawn of War or Total War: Warhammer, it’s weird, because it feels like I’m playing with someone else’s toys. “I’d never paint my Space Marines like this,” I shout impotently into the void as I’m forced to field some other nerd’s army.

While some tabletop adaptations aim for a 1:1 recreation, Warhammer games tend to veer off in different directions, keeping the big concepts but rarely the tabletop mechanics. That’s fine, I guess—a bit of variety is nice. Building your army, however, is such an essential part of Warhammer, so ingrained, that I can’t imagine it without all the painting and customisation. So why does it keep getting the cold shoulder?

Making a model painting sim on top of a whole strategy game or RPG is, to be fair, a tall order, and it’s quite likely that plenty of studios have considered it and just decided it wasn’t worth the resources. It’s one of those things that sounds cool, but will most players actually dedicate a lot of time to immaculately painting their armies? Maybe not. But I don’t bat an eyelid at the prospect of burning through a whole weekend doing nothing but painting, and there are demonstrably plenty of us, so someone ought to help us scratch this itch.

Sometimes we’ll see a nod to the massive potential for customisation, like choosing a colour scheme for your burly space lads in Dawn of War, or decking them out with new gear in Dawn of War 2, but not much that comes close to the real deal. One of the few games to buck this trend is sadly dead, because it wasn’t very good. Might & Magic: Showdown was a lacklustre tactics game that still managed to keep me briefly enchanted thanks to its phenomenal miniature painting mode. It was nearly as good as being hunched over a table surrounded by little paint pots, and definitely a lot easier than working with real paints and brushes. Highlighting, shading, creating new colours, adding infinitesimal details with a pixel-thin brush—it let you do everything. It was a great miniature painting game with a shitty tactics game stuck onto it.

Might & Magic: Showdown was shut down in 2017, only six months after its early access launch, shattering my dreams of endless digital miniature painting. To add insult to injury, the game remains in my library, but thanks to the server support ending and Ubisoft’s desire for everything to be online, it’s no longer playable. I just reinstalled it to see if anything of it worked. It does not. And since it shut down, I’ve not found an alternative.

Judging by the hundreds and hundreds of hours I’ve put into the likes of Dawn of War and Total War: Warhammer, the absence of painting hasn’t stopped me from getting hooked. But one day, I hope to be able to sit back and look at my warriors carving a bloody swath through the battlefield and think, “This is unmistakably my army,” before tweaking a hundred little things because I’m never satisfied with how any of my miniatures look.