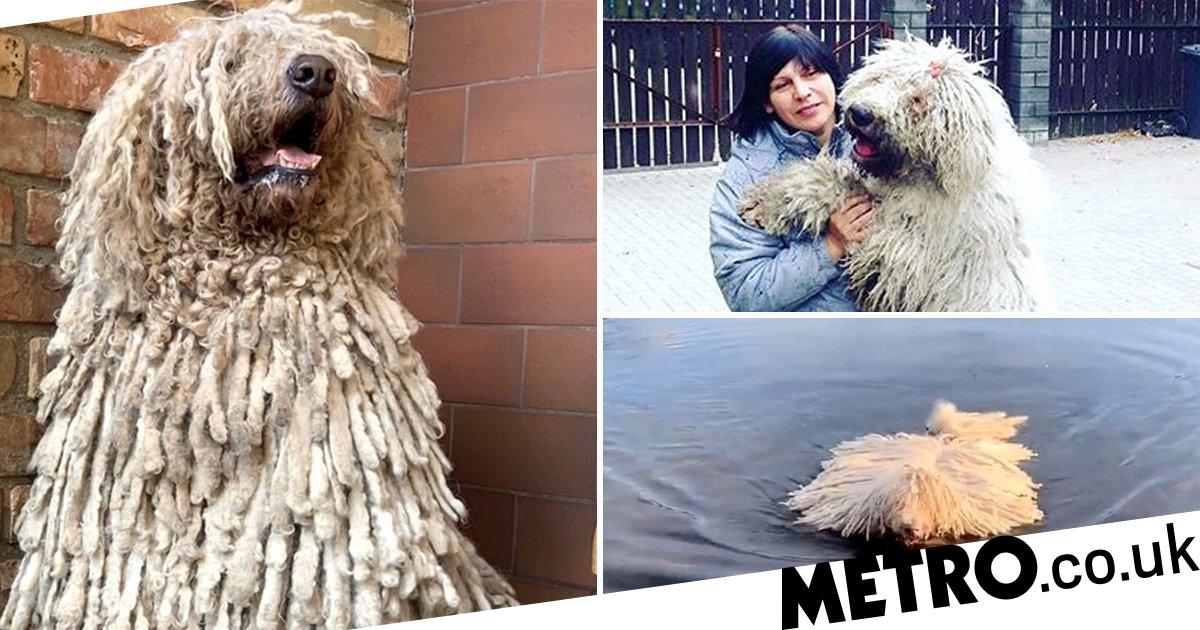 This is Hanga. She’s a sheepdog that looks exactly like the top of a mop. Or a very fluffy welcome mat.

The Hungarian sheepdog from Lithuania has taken the internet by storm with her unusual look.

With her fur hanging in dreads, her white coat resembles the thing you usually use to clean the floor – especially when Hanga tries some of her favourite activities like swimming or galloping.

The seven-year-old dog has overcome a lot and just in the last month, she underwent life saving surgery.

But that hasn’t curtailed Hanga’s social media stardom as she and her human continue to rack up the likes, sporting over 3.5k followers.

Documenting their journey to raise awareness for the breed, owner Gintare Lietuva, a vet and animal groomer has always had a soft spot for Hungarian sheepdogs.

‘My love for the Hungarian sheepdog, otherwise known as the Komodor breed, began when I was a little girl,’ explained Gintare.

‘There were always pets in my house but I spent my life dreaming about getting a Komodor.

‘Their fur is so unique in comparison to any other dog breeds, and when they reach about two, that’s when their dreadlocks form.’

As furry as she may be, Hanga manages just fine in the heat.

Gintare added: ‘Hanga is never hot and never gets too wet as the coat is made up of thick hard curly hair, and inside it’s fine wool, like a sheep.

‘It’s very light and has a lot of air – the actual dreads are far from her skin meaning she has good ventilation.’

The Komodor breed’s natural instinct is to guard livestock and other property, making Hanga fiercely loyal and protective of her owners.

Gintara added: ‘She’s always been different and we had to learn a lot when we got her, about her breed and also her unique personality.

‘She likes to be independent, and is very protective and caring.’

And the sheepdog loves a good swim, which can be quite the sight when her dreads hit the water.

‘When we go for a walk near the river, Hanga will always go for a swim,’ Gintara said.

‘It doesn’t matter if it’s early spring, summer or fall, she still does it and I love filming it.

‘I’ll upload the best photos and videos to Facebook and Instagram and that’s where we became famous.’

MORE: This is what the world looks like from your dog’s point of view

READ  Untangling the branches in the mammal tree of life
Share on FacebookShare on TwitterShare on PinterestShare on Reddit
newsgrooveDecember 29, 2019 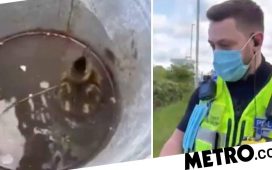