How to make your garden more bee-friendly 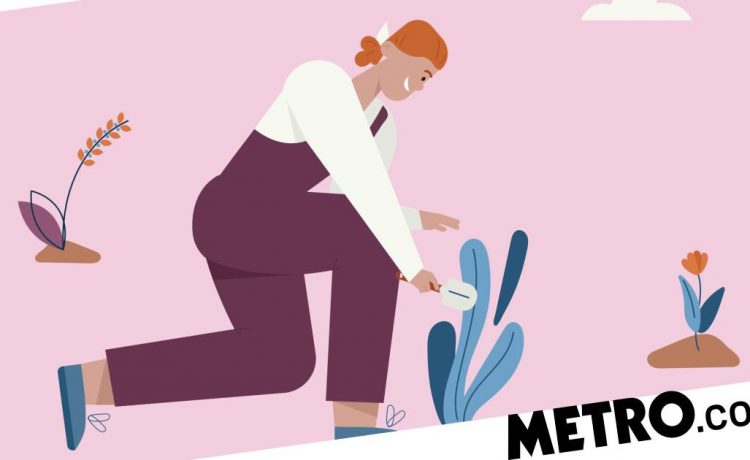 Bees have been having a hard time of it in recent years, with 13 bee species having become extinct in the UK since 1900.

Since bees are essential food crop pollinators, their health and happiness is a serious concern.

A spokesperson for GardeningExpress.co.uk said: ‘It’s been estimated that bees pollinate around a third of everything we eat, and they play a vital role in sustaining the planet’s ecosystem.

‘They’re incredibly important for the environment and for humanity in general, so we should be doing all we can to help bees survive and thrive.’

But these seven top tips can help people make their garden more bee-friendly.

If you’re looking for new flowers, why not go for flowers that bees can easily access?

The Gardening Express team explained: ‘Although double-headed flowers such as roses and carnations look fantastic, they produce much less nectar and make it difficult for bees to access pollen.

‘This is because in double flowers, stamens have been transformed into extra petals for a fuller, showier bloom. The lack of pollen means pollination cannot occur and so the flower remains open for longer as it waits – so they look great – but they’re no use to bees.

Plant flowers for all seasons

It’s a good idea to make sure your garden has flowers that will bloom at different times of year.

‘Although bees are most active from March to September,’ the team said, ‘overwintering queens and workers may emerge on warm days in winter too, so it’s vital you provide flowers throughout the year.

‘You should consider having at least two nectar- or pollen-rich plants in flower at any one time. The nectar feeds the adult bee, while the pollen is collected to feed the young.’

Even though other flowers will attract bees, purple is the colour bees can spot more easily.

‘Bees can see purple more clearly than any other colour, so it’s a good idea to grow lots of purple plants such as lavender, alliums and catmint,’ they explained.

‘Of course, flowers of other colours will still attract bees though, so it’s good to keep a variety.’

Bees are particularly adept at getting what they need from tubular flowers.

The team said: ‘Tubular-shaped flowers such as foxgloves, honeysuckle and snapdragons are the go-to places to feed for long-tongued bees such as the garden bumblebee.’

It’s tempting to focus on flowers when it comes to gardening for bees, but shrubs have an important role to play too.

‘When planting for bees and other pollinators,’ they said.

‘It’s easy to concentrate on flowers and overlook shrubs which are often easier to maintain and many, such as the Cotoneaster, have year-round interest.

‘The Cotoneaster is a simple shrub that has a lot going for it – the small white flowers appear in the spring and are loved by bees, and in the autumn it is covered by bright red berries which the blackbirds love.’

Giving your garden a place for bees to rest and refuel can keep them coming back to you.

‘Just like humans, bees need a place to access fresh, clean water. You can help them by filling a shallow container of water with pebbles or twigs for the bees to land on while drinking,’ they explained.

‘Make sure to maintain the container full of fresh water to ensure the bees know that they can return to the same spot every day.’

It’s a good idea to research the bees that are native to your area, and try to cater an area in your garden to them to use.

The team said: ‘For wood- and stem-nesting bees, leave piles of branches, bamboo sections, hollow reeds, or nesting blocks made out of untreated wood.

‘Burrowing bees will make use of sunny, uncultivated spots in the garden and mason bees need a source of water and mud. Many bee species are attracted to weedy, untended hedgerows too.’


MORE : 11 spring essentials to freshen up your home and garden


MORE : The best garden furniture to get your outdoor space guest-ready for this weekend’s celebrations


MORE : Eight must-have products to get your garden looking its best this April

READ  One fifth of people think goats milk is vegan, study says
Share on FacebookShare on TwitterShare on PinterestShare on Reddit
newsgrooveApril 8, 2021