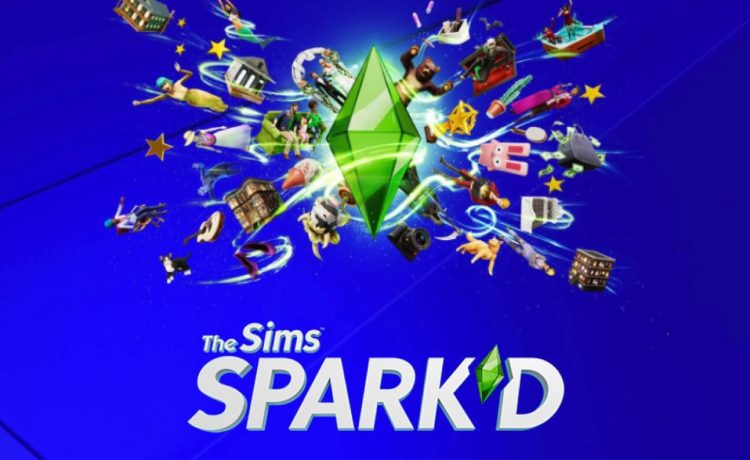 When I was in high school, I created a family in The Sims that none of my other virtual creations since has come close to. I made two Sims, who happened to look strikingly like my crush and me. They owned a gorgeous farmhouse and operated an in-house bakery. No cheats, no mods. We — I mean, the two Sims who definitely weren’t us — were incredibly happy, and almost lived to see our great-grandchildren. But alas, my computer crashed.

I grew up with the lesson that video games “rot your brain” and aren’t a productive use of time. Of course, I understand that even a good thing can go bad if it’s in excess. But when my sister got a PS2 for her birthday, I fully admit we stayed up until 4 a.m. playing Harry Potter and the Chamber of Secrets. More recently, I’ve spent quite a few all-nighters with a Nancy Drew PC mystery game.

But the more I’ve played video games, and written about them, the more I’ve learned they’re truly a form of art. More often than not, when I pull back the curtain of a video game — learning the themes, and the developer’s personal story — I’m blown away. For these developers, video games are a form of self-expression, akin to writing a song or painting a picture.

That’s what I love about The Sims: the endless ways players can be creative with game add-ons, custom content, mods and cheat codes to create Sims and build worlds. Not to mention it’s been one of the most inclusive games to the LGBTQ+ community since its inception 20 years ago.

When I heard The Sims was getting a reality TV game show called Spark’d, I admit I raised my eyebrows. What was it going to look like? Players who make up stories in the game and post short film-style videos are incredibly talented and creative, but I couldn’t imagine a whole show built around that concept. I liked watching YouTubers like Kelsey Impicciche (the Buzzfeed Multiplayer YouTuber known for creating the Sims 100 Baby Challenge), Deligracy and LilSimsie try challenges, review expansion packs and craft incredible builds, but did we really need a whole show?

After watching the first two episodes of Spark’d, which have aired the last two Fridays on TBS, my doubts have vanished.

In the show, 10 YouTubers play the life simulation game, competing in timed challenges for a chance to win $100,000. It’s the perfect mashup of creative reality competition shows like Face Off and YouTube LetsPlay videos. At the end of each challenge, the contestants presented creative characters in an original Sims story to a panel of three celebrity judges.

The judging panel consists of Impicciche, Tayla Parx (a voice actor in the game) and Dave Miotke, a game developer for Maxis, the division of EA Games that develops The Sims.

In the first episode, Spark’d divided the contestants into teams of three and gave them 90 minutes to complete a challenge. One contestant would be in charge of writing a story, another would design characters, and another would build the setting. The catch was that the story had to incorporate three random objects — a stack of books, voodoo dolls, a camera, for example — chosen by the contestants earlier.

With its participants, Spark’d holds true to The Sims spirit of diversity and inclusion. For instance, English Simmer is known for her LGBTQ+ content and hosted The Sims’ virtual Pride Parade last month. And YouTuber Xmiramira has been vocal about black representation in the Sims 4: On her website, she features downloadable melanin packs that offer more skin tone variety.

The competition on Spark’d will only heat up from here, but the contestants in the first episode cheered each other on and found ways to help each other out, even if they weren’t on the same team — very Great British Bake Off of them.

Steph0Sims, a popular Sims YouTuber, became visibly nervous when she presented the story for her team to the judge’s panel. The other contestants watched from the workroom, where just hours before the teams had crowded around computer stations to create, growing equally anxious.

“All I want to do is give her a big old hug and tell her she’s doing great!” fellow teammate Little Siha said. Even the judges encouraged and reassured Steph0Sims through her nerves.

“Steph0, take a deep breath,” said Dave Miotke, a judge and EA producer. “You don’t have anything to worry about. You’re awesome.”

Spark’d quickly proved to be just as comforting to me as the game itself, especially amid the turbulence of the coronavirus pandemic. The Sims is a game I’ve returned to over and over through the years, and it’s always met me where I was. It’s an escape from a world that often feels out of control. In these uncertain times, it’s important for people to have that.

For example, later in the competition, after Team Gnome clinched the first challenge win, host Rayvon Owen gave them the opportunity to sabotage the other teams in the elimination challenge. But the team chose not to do so.

“We thought we’d give towns to people who’d do well with them,” said Simmer Plumbella, adding that she’d rather know that she’d treated her fellow creators well if she were to be eliminated.

The second episode kept up the momentum. Within the first 10 minutes, Team Gnome used the game to tell the story of Plumbella’s father and the plight of miners in northern England in the ’70s and ’80s. Team Cowplant told the story of a teen who, with the support of their family, embraced a nonbinary identity and love of makeup upon entering university.

While no fandom is perfect, The Sims is pretty close. The new Spark’d show will only serve to shine a light on the mind-blowing creativity that can be achieved in this enduring game.

The four-episode season airs every Friday on TBS. The following Monday, the episode re-runs on the Buzzfeed Mutiplayer YouTube channel.

READ  'It can be stressful, forced': BAFTA-winning musician Jesper Kyd on composing for video games - The Hindu
Share on FacebookShare on TwitterShare on PinterestShare on Reddit
newsgrooveJuly 27, 2020