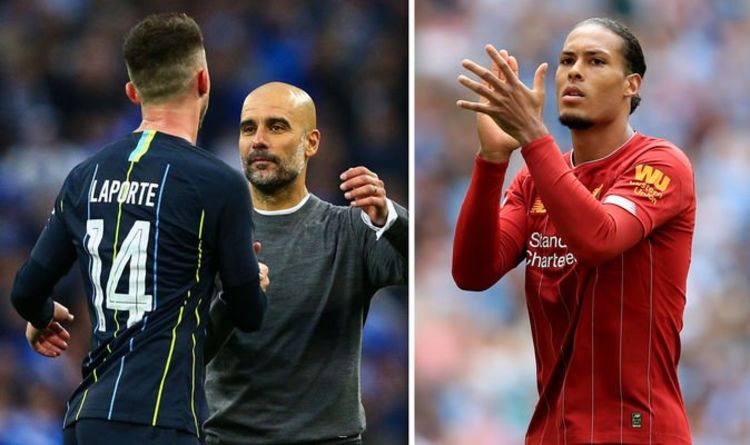 Manchester City manager Pep Guardiola claims Aymeric Laporte is the best left-sided defender in the world – and Liverpool fans far from agree with the Spaniard.

Laporte has, incredibly, yet to make his first cap for France at the age of 25 but was picked by Didier Deschamps this week for clashes with Albania and Andorra in the upcoming international break.

Guardiola said in response to Laporte’s call-up: “It was a mistake when I said he is one of the best – for me, he is the best left-sided central defender in Europe.

“I’m incredibly grateful to Didier Deschamps and so happy for [Laporte] because he deserves it.

“All of us were so happy for him because he was looking for this call for a long time and hopefully he can stay. Now it depends on him.”

The Catalan coach’s claim comes after Virgil van Dijk was named the UEFA Defender of the Season and Men’s Player of the Year for his exploits last term as Liverpool won the Champions League.

Van Dijk, while right-footed, plays on the left side of the Reds’ centre-back partnership and helped the Merseyside club to own the best defensive record in the Premier League last year.

And some fans suspected Guardiola simply got himself mixed up, suggesting by calling Laporte the best left-sided defender on the planet, he actually meant to specify left-footed.

One wrote on Twitter: “Surely he must have mean’t left footed and not left sided. As Van Dijk is right footed. Either that, or he’s just obsessed with us.”

“Surely means left footed because the guy that just won European player of the year ahead of Messi and Ronaldo is a left side centre-back,” another reacted.

But others were less considerate in their reactions, insisting Guardiola was simply incorrect.

One Liverpool fan posted: “He’s decent but Virgil is on a totally different level.”

“No he’s not?” one simply questioned.

Both Van Dijk and Laporte are the two stand-out central defenders in the Premier League and were named in the PFA Team of the Season last term.

But it was Van Dijk who was named PFA Player of the Year, despite Laporte’s City beating Liverpool to the title.

The two clubs are expected to be the main contenders for the title again this term, with Liverpool currently top of the table with three wins from three while City drew to Tottenham earlier this month.