In the continual reordering of the popular-music canon, one thing is becoming increasingly clear: Joni Mitchell’s complex, emotive, cerebral, ever-evolving music is ranking higher than ever.

Her 1971 album Blue landed in the Top Three on Rolling Stone‘s most recent ranking of the 500 Greatest Albums of All Time, and artists from Taylor Swift to Harry Styles to Mitski to Phoebe Bridgers have been dropping her name for years. And when Mitchell recently returned to the stage at the Newport Folk Festival for her first performance since a near-fatal 2015 aneurysm, it broke the Internet to a greater degree than any other 70-something singer-songwriter could manage.

“Joni has a childlike appreciation of what’s going on right now,” says writer/director Cameron Crowe, who first interviewed Mitchell for Rolling Stone in 1979, and has spent time with her recently. “She’s having the experience that few people have that came that close to dying – she actually can see what it would have been like for people to have lost her, and see them express how much she means to them. And it’s enormously moving to her.”

In the new episode of Rolling Stone Music Now, we look at how Mitchell became a hero to younger generations, and much more. (To hear the whole episode,  listen on Apple Podcasts or Spotify, or press play above.) Crowe joins the show to discuss his classic interview with Mitchell and his present-day encounters with her, while guitarist Larry Carlton talks about what it was like to play with her on beloved Seventies albums including Court and Spark and Hejira.  Meanwhile, Angie Martoccio discusses the highlights of Mitchell’s discography (many of which will be captured in September’s The Asylum Years: 1972-1975 boxed set), and Jonathan Bernstein offers a firsthand account of the Newport Folk Festival performance, including her wrenching take on “Both Sides Now.”

Carlton, meanwhile, describes the making of “Amelia” and other songs, and touches on how Mitchell’s increasingly jazzy music in the Seventies confounded some listeners, but delighted him as a player. “Yes, the listener was probably being challenged,” he says, “but I don’t think that was Joni’s motivation. Just like it wouldn’t be my motivation. I think she got in a creative space and decided, ‘This is what I’m feeling. This is what I wanna write right now.’… I was obviously very comfortable with the more sophisticated harmonies. It was thrilling to me to go to a session and have it be more sophisticated than just a TV theme or another pop tune. It was right in my wheelhouse, man.” 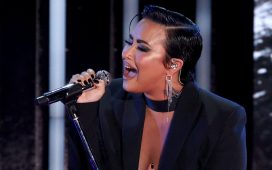 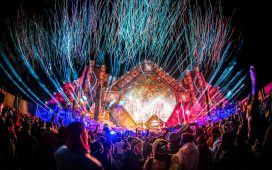