NewsGroove Uk
NewsGroove Uk > Politics > How can we live with Covid in 2022? Experts say if tough restrictions are needed
Politics

How can we live with Covid in 2022? Experts say if tough restrictions are needed 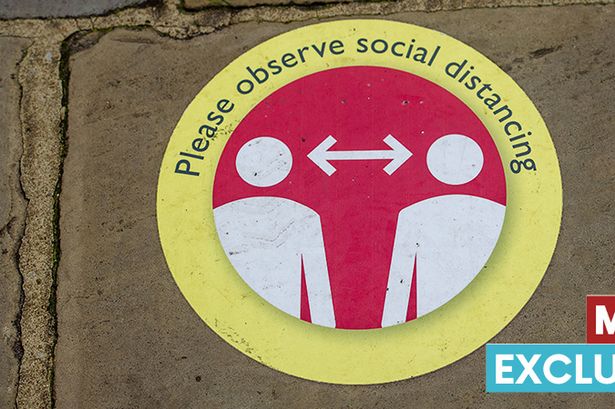 Boris Johnson has left a “vacuum of leadership” in Britain at the worst possible time.

For 10 days the Prime Minister was nowhere to be seen as people and businesses were desperate to know if he would impose restrictions.

The PM did not introduce any new Covid measures this week, in an apparent attempt to please powerful Tory rebels.

Instead he has urged Brits to go out and celebrate the New Year, but “cautiously”.

In preparation for things to get even worse in our hospitals, eight new Nightingale hubs at hospitals in England will be introduced to treat a predicted influx of Covid patients with Omicron.

We’re being inundated with a number of mixed messages undoubtedly, some saying Omicron isn’t as severe so we should be free to live our lives.

Others have said we still do not know enough about the variant, and cases and hospitalisations are still high, so we needed measures enforced.

So how could we live in 2022? Here are what leading scientists told the Mirror….

Covid will constantly “come back and surprise surprise us”, wreaking havoc on our social lives if leaders insist we can “live with the virus”, a leading scientist has said.

Professor Martin Mckee of European public health at the London School of Hygiene and Tropical Medicine told the Mirror “living with the virus” is an extremely confusing term to be thrown around.

The phrase will leave people: “Living with profound uncertainty. Nobody can plan ahead.

“Who can plan to go to the West End theatre, if they don’t know whether there’s going to be a cast on stage, that’s living with the virus”.

He believes living without any restrictions will leave us in a wave of uncertainty, which will not do people any favours.

“[Omicron] is doubling every two days and it’s at least 50% less severe.

“So that only gives us two extra days. We are back at the same position two days later, four days later, and with double the severity.”

Social gatherings for vaccinated Brits only

A Government scientific advisor admitted we should have introduced short Covid restrictions.

Ravi Gupta, a member of the Government’s virus threat advisory group Nervtag told the Mirror there’s still a lot of uncertainty so tough measures might not have even enabled us to enjoy complete freedom in the next six months.

But he hoped some further measures will be introduced soon because of “sky high” Covid numbers.

Among those measures he hopes vaccine passports will be thoroughly used.

The scheme will “make sure people who go to places where there are gatherings, are vaccinated,” he explained

“That is one thing we really should have done because we can see that vaccination protects against transmission.”

Covid passes show proof of vaccination status or a negative Covid test allowing someone to gain access into a venue.

Covid is here to stay, regardless of what Boris does

Paul Hunter, professor in medicine at the University of East Anglia told the Mirror “the virus is here to stay”.

If we were to have softer Covid measures introduced up until the end of Summer, we will still have high numbers of Omicron circulating because booster protection will be waning.

“Ultimately, we will see more waves of infection over time, but each wave will be less of a pressure on the health service,” he explained.

Restrictions are best placed when the NHS is at risk of becoming overwhelmed, Prof Hunter believes.

Short, sharp circuit breakers could be introduced but “the downside is when you impose those sorts of restrictions, you’ve got to lift them at some point. And then it’ll just take off away from where you were.”

Sir John Bell previously said: “The horrific scenes that we saw a year ago of intensive care units being full, lots of people dying prematurely, that is now history, in my view, and I think we should be reassured that that’s likely to continue.”

The latest figures show 10,462 people are in hospital with 771 patients in hospital beds.

Professor Martin Mckee of European public health at the London School of Hygiene and Tropical Medicine told the Mirror without further Covid curbs we will be left in “dangerous” situations with NHS staff self-isolating, and soaring numbers of people in hospital.

At the moment, Omicron is responsible for more than 90% of all new Covid infections in England and cases are still increasing.

“We’re now in a situation where there are just too many unknowns. We don’t know the extent to which the population is susceptible, even as cases dramatically rise”, Prof McKee explained.

“At some point, we’re going to run out of people who haven’t recently been affected, or who aren’t shielding, which an awful lot of people are.”

Professor Alison Leary, chair of healthcare and workforce modelling at London Southbank University, said as much as 40% of the capital’s NHS workforce could be absent because of rising Covid infections under her “worst-case scenario” workings.

“What we’re talking about is the battle for the leadership of the Conservative Party, this has nothing to do with health.

“Those considerations are the survival of the Prime Minister.”

Chancellor Rishi Sunak had been against strict Covid measures
(

After Mr Johnson pushed his ‘Plan B’ through the Commons while suffering a humiliating defeat he was warned by a number of rebels that his leadership is on the line.

Sir Geoffrey Clifton-Brown said earlier this month a leadership challenge will be on the cards in 2022 if the Prime Minister didn’t change his approach.

And on Sunday, Sir Graham Brady insisted: “We need to shake off the panic-driven groupthink gripping the nation – and our political leaders.” He added “enough is enough”.

Inside Christmas Covid surge as 10,000 hospital beds filled for first time since March 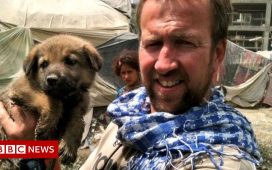