Holidays at risk as more countries could be removed from travel safe list with NO notice, Foreign Secretary admits 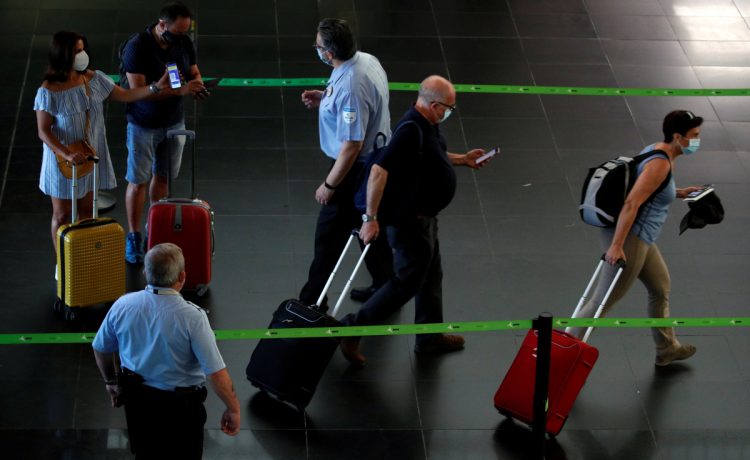 MORE countries could be removed from the UK’s safe travel list with very short notice, the Foreign Secretary admitted today.

Dominic Raab said today “we can’t give a guarantee” that people won’t have to cancel their holidays at the last moment and said he wouldn’t be going abroad at all this summer.

It comes after the Government announced last night that anyone arriving back in the UK from Spain after midnight would face two weeks in isolation after a spike in cases there.

Brits lashed out at the policy, which they had no notice would change overnight.

But Mr Raab told Sky’s Sophy Ridge this morning: “As we’ve found with Spain, we can’t give a guarantee.”

He added: “There is an element of uncertainty this summer if people go abroad.

“I’m not going to tell people what they should or shouldn’t do.”They should follow the advice.

“I’m going to be staying at home this summer.”

The World Health Organisation reported a record increase in global coronavirus cases on Friday, with the total rising by 284,196 in 24 hours.

India reported more than 49,000 fresh cases of the coronavirus, and France has also seen its numbers creep up.

Australia’s Victoria state has recorded 10 deaths overnight from Covid-19, its highest daily toll amid a continuing surge in cases.

READ  How Thatcher's election ushered in 11 years of discord, despair and hopelessness

German health authorities have warned that the infection rate is rising too.

Mr Raab said the 14-day quarantine for travellers coming back from Spain was “absolutely necessary” to avoid huge spikes in the virus in the UK and possibly a second lockdown.

The Foreign Secretary stressed that the Government acted as “swiftly as we could” to take decisive action to protect the virus from spreading back in the country again.

However, cases were already shooting up last Monday – and The Sun warned Brits faced quarantine days ago.

He urged anyone in Spain or considering going to contact their travel insurance provider and find out what to do.

And he stressed that employers should be “flexible” if an employee has to stay home and quarantine for 2 weeks when they return from a break.

But people can be put on statutory sick pay rather than be given full pay.

Mr Raab said: “Employers have got to follow the law and I don’t think you can be laying people off or take penalties against people.”

He said that the fact Transport Secretary Grant Shapps was in Spain and would have to isolate on his return too “shows you the risks for everyone”.

He told the same programme: “I understand why they’ve made the decision but the way in which this decision has been made in the last 24 hours is frankly shambolic.”

He said the government has not gone far enough to protect people who may get in trouble at work due to the new policy: “The government just say ‘oh, we hope that employers cooperate’.

“Well to be frank I hope that I win the lottery on Saturday, it doesn’t mean it’s going to happen.  We need clarity from the government now as to whether those who are asked to quarantine, whether they’ll get financial support if their employers refuse it them.”

DWELLING IN THE PAST

Time warp house untouched since 1948 as owner, 89, refuses any changes