She has performed on countless film sets, but Dame Helen Mirren was “profoundly moved” by the latest one: a reconstruction of the claustrophobic Amsterdam apartment in which Jewish teenager Anne Frank hid for two years from the Nazis with her family until she was arrested in 1944 and sent to her death in a concentration camp.

The Oscar-winning actor is presenting a documentary, to be released in cinemas on Monday, in which Frank’s life is retraced through the pages of her diary, a classic of war literature.

Within Frank’s reconstructed apartment, Mirren reads diary entries, including one dated 15 July 1944. Frank wrote: “I feel the suffering of millions. And yet, when I look up at the sky, I somehow feel that everything will change for the better, that this cruelty too will end, that peace and tranquillity will return once more …”

Weeks later, the teenager was arrested and deported, dying from typhus in Bergen-Belsen concentration camp in Germany in February 1945.

Mirren says in the documentary: “She disappeared along with one and a half million other kids and teens like her.”

In a podcast interview conducted by the documentary-makers and to be released on Friday, Mirren says: “The most powerful thing, because you just don’t understand that until you’re in the space, was to realise that [Frank] never saw the sky … They could just crack [open a] window ever so little to look up at the sky. But, otherwise, there was no sky. There was no outside … The psychological pressure of living all together in this very small space … It was very, very, very moving.”

READ  Alec Baldwin is 'so done' playing Trump on 'SNL': 'They should find somebody who wants to'

The documentary is directed by Sabina Fedeli and Anna Migotto, who worked with set designers from the Piccolo theatre in Milan and the Anne Frank house in Amsterdam in reconstructing the apartment and “the sense of claustrophobia and oppression experienced by Anne”.

Fedeli said: “Mirren had already visited the Amsterdam shelter, an empty house, without furniture and without furnishings, as decided by Otto Frank, Anne’s father, in memory of the 6 million deaths of the Shoah.

“Instead, we have reconstructed the room as it was in 1942, when Anne lived there, with her bed, the desk, her objects.”

Migotto added: “This is why Mirren realised how … minimal the living space was … [She] told us that, in this room, she could imagine all the terrible feelings Anne went through during the two years of forced hiding.”

The documentary Anne Frank: Parallel Stories includes the moving accounts of five other women who, as young girls, were also deported to concentration camps but survived the Holocaust.

In the podcast interview, Mirren talks about wanting the film-makers to make a feature film on Frank: “I think the time is right.”

She believes that, with immigration becoming such an important issue in the 21st century, Frank’s story is all the more important.

Mirren won the best actress Oscar for her performance in The Queen.

Asked about her historical-based productions, she says: “Truth is stranger than fiction … Human history endlessly teaches us about ourselves.”

• Anne Frank: Parallel Stories will be released in cinemas on Monday, marking 75 years since the end of the Holocaust.

The podcast interview with Mirren is on My Cineplace’s Monthly Movie Show, available on Spotify and iTunes. 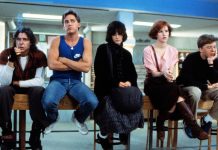 Who is the most successful member of the Hollywood Brat Pack?

'Love and free food': Mel Brooks and Carl Reiner share the secrets of their 70-year friendship

Guardians of the Galaxy Vol 3: Chris Pratt SPEAKS OUT on Chris Hemsworth’s Thor 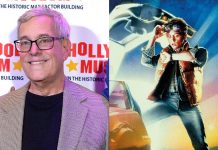 'Back to the Future' writer Bob Gale says no to reboot: 'You don't sell your kids into prostitution'

No Time to Die trailer: What does THAT note mean? Footage teases huge twist

End of the Century review – post-coital reverie of sex, love and memory 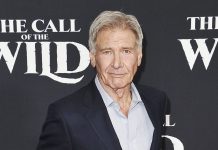 Harrison Ford: I never became an actor to be rich and famous