Hauliers rush to get up to speed on border controls 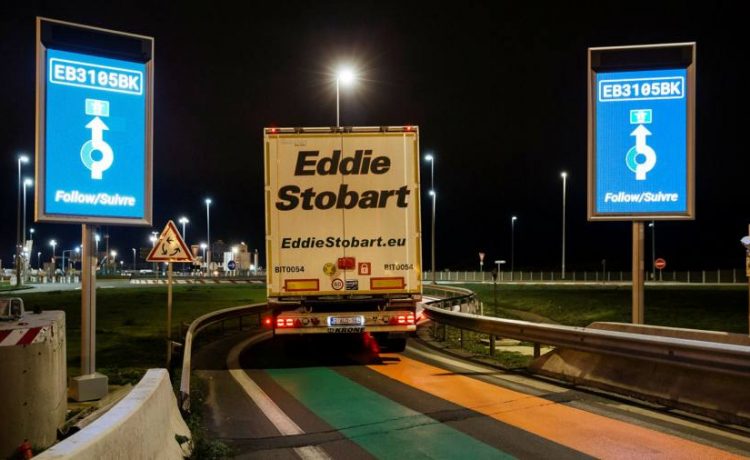 The UK government published more than 300 pages of updated advice setting out how the new trade border with the EU will operate just hours before it came into force, leading business groups to plead for leniency in enforcement in the coming months.

It arrived hours after Boris Johnson was repeatedly challenged in the Commons by opposition leaders over his assertion that his Brexit trade deal with Europe would remove “non-tariff barriers” at the border.

Industry and hauliers that are exposed to EU trade risks have repeatedly demanded clarity from the government over new processes which came into force on Friday. HMRC has estimated trade will entail more than 215m additional customs declarations a year.

Rod McKenzie, the managing director for policy at the Road Haulage Association said the late release of the documents typified the government approach to communications during the run-up to the new Brexit border coming into effect.

“Traders and hauliers have been continually let down by government communications: late, inadequate, unclear and confusing. This certainly qualifies in the ‘late’ category. Businesses like to plan their logistics not find it’s all left to the very last minute,” he said.

The combination of pre-Christmas stockpiling and some operators staying off the roads until new processes have settled down is expected to minimise immediate problems with trade, but ministers have warned of the risk of disruption in the first three months of 2021 as businesses adjust.

The document sets out in immense detail the new processes that will be required to move goods across the border, which will now include customs forms, export health certificates for animal and plant products and a host of other regulatory documentation.

For fish and shellfish moving into the EU from January 1, the document explains UK exporters will need to register for a GB economic operator, or “EORI” number for processing customs documentation, obtain catch certificates, UK boat registrations and complete export vet-certified EU health certificates to ensure compliance with EU rules.

To ensure the goods are safely received on the other side, the company will need an EU EORI number from the importing member state, a Common Health Entry Document and an entry into TRACES, the EU system for certifying traded animal products.

At the same time the haulier will need to have completed an Entry Summary Declaration in order to pre-declare the inbound consignment with EU customs in whichever is the country of destination — in case of France it is the “SI Brexit” computer system, but each EU member state uses different software.

Once all the paperwork is complete, the haulier must apply for a Kent Access Permit to travel to the Channel ports and can then board the ferry to the EU, assuming the paperwork is found to be correct at check-in. Drivers are notified during the crossing if they must stop for inspection on arrival.

Goods coming from the EU will be subject to controls phased in over a six-month period as part of a unilateral UK measure to try to maintain the flow of traffic and give businesses time to adjust.

British exporters of food and drink products will be particularly hard hit by the new rules, but manufacturers will also need to comply with a long list of new requirements in order to demonstrate that their products comply with EU rules and are sufficiently UK-made to qualify for zero-tariff entry into the bloc’s single market.

Despite pleas from business group leaders for the deal to include grace periods, the new rules will come into force immediately on the EU side, leading to calls for a flexible approach from the enforcement authorities on both sides of the channel.

Adam Marshall, director-general of the British Chambers of Commerce, said the information had “come quite late in the day” and warned it would take many businesses time to get to grips with the detail.

“Both the UK and EU need to put maximum emphasis on flow across borders in these early months, and ease compliance pressures on businesses wherever they can,” he said.