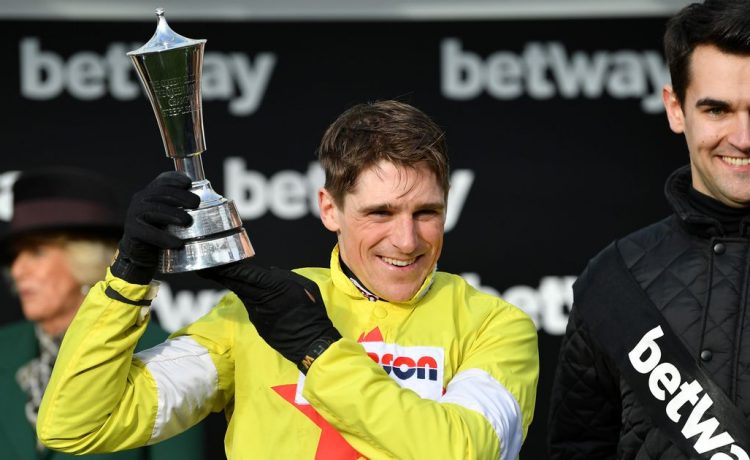 Harry Skelton closed the gap on jockeys’ title race leader Brian Hughes with a four-timer at Hereford on Wednesday.

He began the day nine winners behind, four ahead of Harry Cobden in third – and was quick to make an impact on Real Stone.

The 1-10 favourite dismissed his two rivals in the Central Roofing Novices’ Hurdle without coming out of second gear, cantering home 91 lengths clear.

Teaming up with his brother, trainer Dan Skelton, they soon made it a double with 2-1 shot Ambassador in the Central Roofing Juvenile Maiden Hurdle.

The length winner was making it fourth time lucky over obstacles after undergoing a small procedure.

The winning rider said: “The wind operation has helped him. He was quite keen and fresh, but he enjoyed the track and better ground.

“He’s a proper Flat horse – strong and not over big – and he loved the going.”

Skelton made it a hat-trick on Global Harmony (7-4) in the Central Roofing Mares’ Handicap Hurdle.

Making her handicap debut, she kept on for a two-and-three-quarter-length verdict, despite making a mistake at the last flight.

Stylish Dancer (13-2) then rounded off the day with victory in the finale, the Central Roofing Handicap Hurdle.

With Hughes out of luck at Haydock and Cobden failing to strike at Hereford, Skelton was thrilled to have strengthened his championship position.

He added: “I’m delighted to have narrowed the gap with Brian – it’s been a great afternoon. The horses are just in such great form generally, and happily they all seem to be enjoying the ground.”