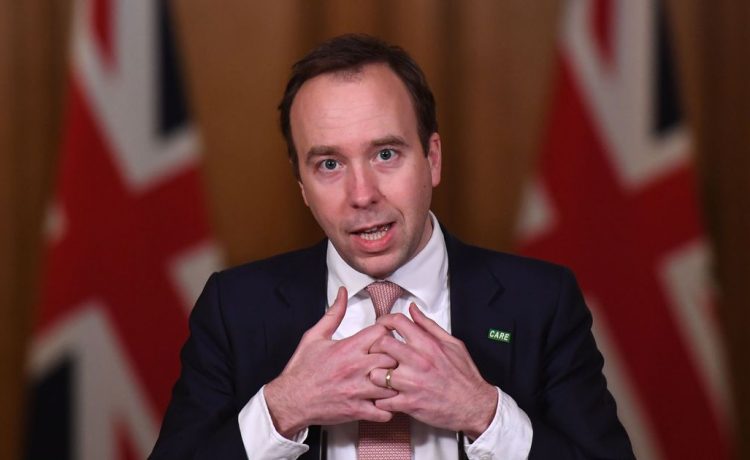 Matt Hancock has been blasted for leaving a near-£4billion social care “black hole” in his NHS reforms.

The Health Secretary’s plans to unpick disastrous Tory competition rules within the NHS exclude any overhaul of social care.

But campaigners – including former Tory health ministers – protest that an opportunity to integrate care fully into the NHS has been missed.

And they say £3.9billion is needed immediately to rescue the creaking system.

What is your view? Have your say in the comments section

Social care provides help for children, young people and adults – especially the elderly – needing assistance at home or for those in care homes.

But it struggles with low pay, government cuts and rising demand from an ageing population.

Boris Johnson promised to fix the crisis in 100 days in his first speech after becoming PM.

That was put back to Christmas and now, according to Mr Hancock, “within this calendar year”.

Former Tory Health Secretary Jeremy Hunt, who chairs the Commons health and social care committee, repeated the demand for £3.9billion to an online conference of campaigners after Mr Hancock’s announcement.

He was backed by former Tory Health Minister Alistair Burt who told the Future Social Care Coalition: “It’s all too easy for social care to slip back into the shadows once the most acute phase of the Covid crisis is over.”

Andrew Dilnot, former head of the Institute for Fiscal Studies, told the conference the Government had been “dilly-dallying” over care for too long.

Christina McAnea, the coalition chair and general secretary of the health care union Unison, said: “An emergency £3.9billion package will help tide the sector over and pay staff a decent wage while ministers drag their feet over what comes next.”

Rehana Azam, national secretary of the GMB union, said: “The hole at the heart of these reforms – the promise the PM made 18 months ago – needs to be addressed.”