Halsey has decided to quit smoking after a decade, revealing she’s ‘so happy’ she’s kicked the habit.

The Without Me singer, who recently opened up about needing rehab after fame, shared the news on Twitter.

‘I successfully quit nicotine a few weeks ago after smoking for TEN years,’ she wrote.

‘I gained a lot of weight and probably lost some friends forever bc I was being a NUT (lol) but I’m so happy I did it and I feel v goooood. just wanted to share.’

Fans are understandably proud of the 24-year-old, with one simply replying: ‘Queen.’

‘Im so proud of you, your health is more important than stupid friends,’ another assured her, with one more fan telling her: ‘So happy for you bby i’m glad you’re off it for good!’

Halsey’s always been open with fans, previously revealing that she’d given up alcohol, drugs, and weed after two stints in rehab.

‘I’ve been committed twice since [I became] Halsey, and no one’s known about it. But I’m not ashamed of talking about it now. It’s been my choice,’ she told Rolling Stone.

‘I’ve said to [my manager], “Hey, I’m not going to do anything bad right now, but I’m getting to the point where I’m scared that I might, so I need to go figure this out”,’ she added.

Speaking about giving up the vices, she added: ‘I support my whole family.

‘I have multiple houses, I pay taxes, I run a business. I just can’t be out getting f***ed up all the time.’

More recently, the American singer has proven she’s not afraid of speaking her mind by hitting back at a troll who blamed Miley Cyrus and Liam Hemsworth’s split on bisexuality.

Miley identifies as pansexual – that is, not being limited to sexual choice in regards to sex, gender or gender identity.

‘Hey tigerbob. Doesn’t surprise me that ur saying this and ur page has u crying about Brie Larson too!’ Halsey tweeted at the troll.

‘Stop being afraid of women who aren’t afraid to do what pleases them and not other people :-).’

MORE: Halsey’s been sent Lil Nas X’s ‘big ass’ trainers by mistake and they’re twice the size of her head

Handwritten U2 lyrics sell for £76,000 at coronavirus charity auction

Stormzy wins award for his ‘contribution to public understanding of religion’ 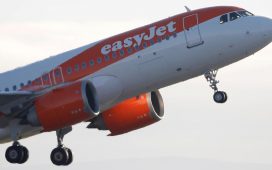