Gordon Ramsay egged by his daughter in 'magic trick' prank 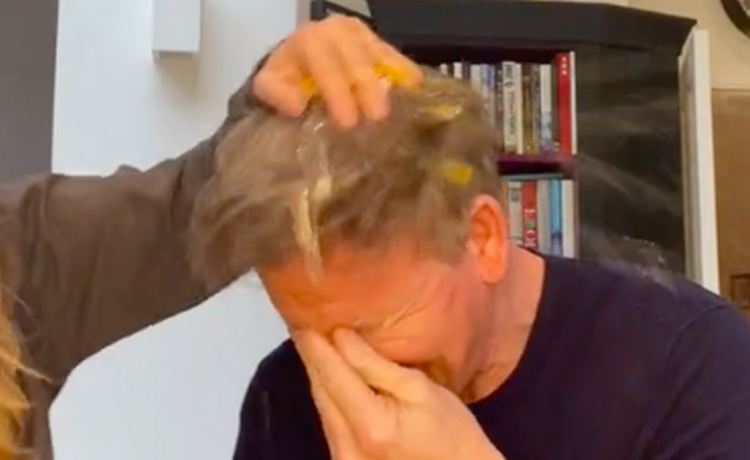 Scots TV chef Gordon Ramsay has been egged by his daughter in a hilarious viral TikTok prank.

Tilly posted a clip of the gag to her 6.6 million followers on the video app yesterday.

The teen can be seen seemingly showing her celeb chef dad a magic trick, which involves balancing an egg on top of a bottle of water.

She then moves her hands around the ingredient before making it vanish out of sight.

As a curious Gordon goes in for a closer look at the bottle of water, Tilly then squirts the liquid into her dad’s face before smashing the egg over his head.

Tilly dashes away from the scene as Gordon comes to terms with what has just happened.

Realising that it was a fairly bold move, Tilly captioned the video: “I’m still running far far away…”

Gordon went on to share the clip on his own Instagram page and added: “Someone did the dishes last night in the Ramsay household…”

Tens of thousands of fans left comments of support for Tilly after the clip emerged.

One wrote: “Fly high Tilly, you will be missed.”

Another said: “She fears no man. Not even god himself makes her feel fear.”

A third commented: “The only person in the world who could pull this on Gordon and live.”

The Scots TV chef has become a social media hit during lockdown for his harsh critiques on viral cooking clips and his regular collaboration with his daughter Tilly.