Godzilla vs. Kong Pushed Back to November 2020 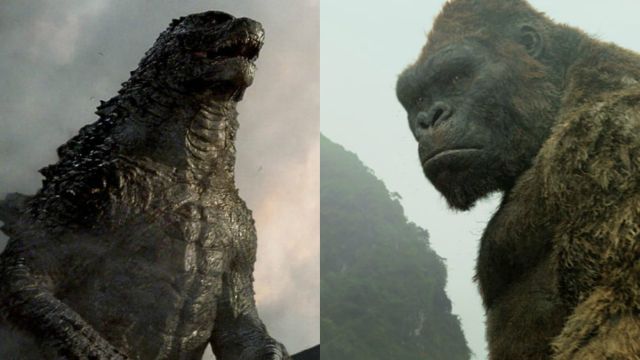 Godzilla vs. Kong Pushed Back to November 2020

Monster movie fanatics have been eagerly awaiting the arrival of Godzilla vs. Kong, but it sounds like they’ll have to wait a bit longer to see the two famous kaiju wreak havoc at the multiplex. According to The Hollywood Reporter, Warner Bros. and Legendary have decided to postpone the film’s release date. The studios have moved the upcoming sequel from March 13, 2020 to November 20, 2020.

This news shouldn’t come as a surprise. If the studios were serious about hanging onto the movie’s spring debut, we probably would have gotten a trailer by now. Warner Bros. chairman Toby Emmerich also previously hinted that the March release date would ultimately change. During a conference held in June, Emmerich suggested that film would be postponed so they could “deliver an A+ movie.”

The most recent film in Legendary’s MonsterVerse, Godzilla: King of the Monsters, hit theaters this summer. It ended with Godzilla taking his rightful place as the ruler of all Titans. Unfortunately, the movie was a financial disappointment, grossing only $385.9 million against a budget estimated to be as high as $200 million. Next year, Godzilla and King Kong will also fight Marvel Studios’ Eternals (which opens on November 6) for box office glory.

Adam Wingard is directing Godzilla vs. Kong, which serves as a follow-up to both King of the Monsters and Kong: Skull Island. The film began shooting last November and wrapped principal photography back in April. Millie Bobby Brown, Kyle Chandler, and Zhang Ziyi will all reprise their roles from King of the Monsters. Some of the new cast members include Julian Dennison, Brian Tyree Henry, Jessica Henwick, Demián Bichir, and Rebecca Hall.

How do you feel about Warner Bros. and Legendary’s decision to push back Godzilla vs. Kong’s release date? Let us know in the comment section below!

Recommended Reading – The Art of Godzilla: King of the Monsters

We are a participant in the Amazon Services LLC Associates Program. This affiliate advertising program also provides a means to earn fees by linking to Amazon.com and affiliated sites.