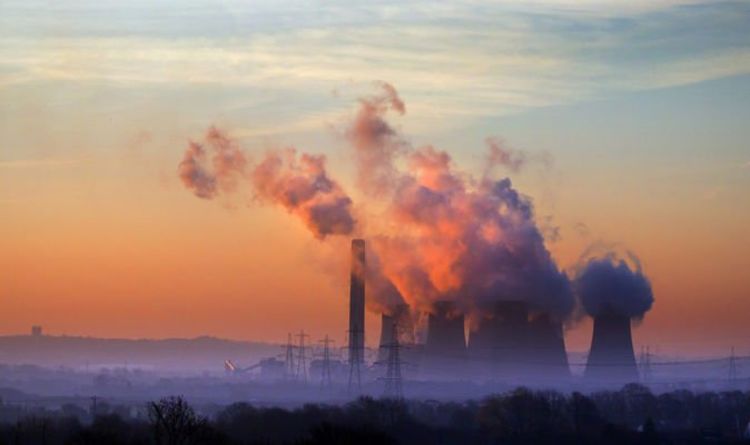 British scientist and environmentalist James Lovelock warned humans need to do a better job of protecting Earth from climate change, otherwise we will not survive. Professor Lovelock, who has just celebrated his 100th birthday, gained worldwide respect in the scientific community in the 1970s when he established the Gaia Theory: the idea the Earth is a self-regulating organism. The scientist stated in his theory that Earth can regulate itself to remain sustainable to life.

For example, the sun has become roughly 30 percent hotter since Earth formed – yet the planet, through delicate ecosystems and evolution, has remained cool enough for life.

Now however, with the introduction of man-made climate change, Earth’s battle to regulate itself is insurmountable, and humans will die out fast if action is not taken, according to Prof Lovelock.

He told Sky News: “The earth has regulated itself by controlling the amount of carbon dioxide and methane and other greenhouse gases in the air, purely biologically and kept a constancy.

“We’ve reached a point now where the sun is so hot that it’s very difficult for the whole system to do it, and when we start interfering and adding fossil fuels to the air, it becomes doubly hard to keep the Earth right.

“But we’ve got to do it if we’re going to survive.”

However, the University of Manchester alumni has said that he, along with seemingly anyone, does not have the answer.

When asked how climate change can be combatted, Prod Lovelock said: “I think we don’t know yet.

READ  Only rebellion will prevent an ecological apocalypse | George Monbiot

“We have to learn a lot more about the Earth and about the system we live in before we can be sure of offsetting the bad effects of global warming.”

The document states human activity has altered 40 percent of the marine environment, 50 percent of inland waterways, and three quarters of the land on Earth.

It said: “Half-a-million to a million species are projected to be threatened with extinction, many within decades.”