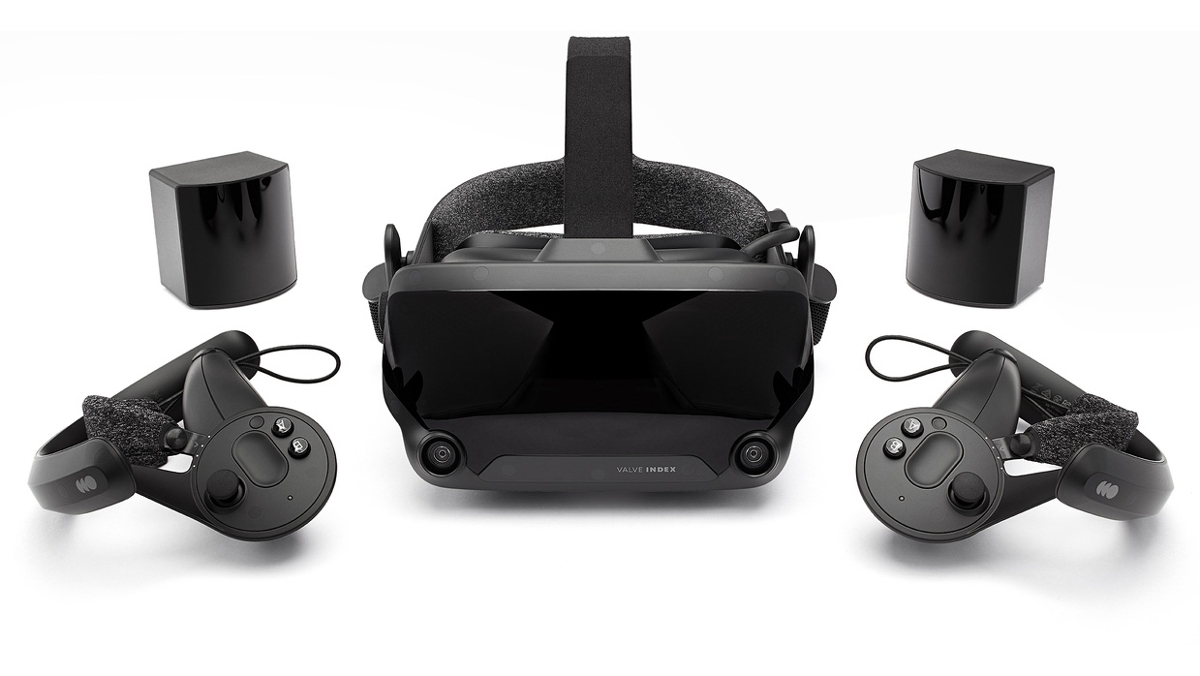 The recent announcement of Half-Life Alyx has brought a flurry of interest in VR headsets ahead of the March 2020 release date. If you’re planning to buy a headset so you can check out the long-awaited third installment of this legendary PC franchise, this article is for you. We’ve scoured the web for the best VR headset deals, including the best prices on all of the four headset types officially supported by Half-Life Alyx.

That foursome includes Valve’s own Index, plus the HTC Vive Pro and Vive Cosmos, the Oculus Rift S and Quest and a range of Windows Mixed Reality headsets. The biggest deals we’ve found are on HTC Vive and Oculus equipment, which are currently discounted on the official Vive Store (in the US) and Amazon, respectively. All sales are only while supplies last, so if you’ve got your eyes on something hot – like the recently released Vive Cosmos – you may want to act quickly.

Update – HTC Vive VR headsets have seen price drops of up to 300, making them a much better deal than they were yesterday!

Here’s what we’ve found – plus our recommendations on which systems offer the best VR experience, how they differ in terms of specifications and what is the best value for money option. First, the summary, presented in a convenient table form:

And for full details, scroll on or click on the headset you’re interested in to learn more and see the best deals we’ve found for Black Friday!

TheValve Index is the best way to play Half-Life Alyx, as the game has been developed to take full advantage of the Index’s hardware. The 130-degree display has a combined resolution of 2880×1600 – with a true RGB subpixel arrangement that makes for a sharper image than usual AMOLED screens. The screen also has incredibly high refresh rate of 120 to 144Hz, making for a much smoother experience but requiring a faster PC in turn. The Index relies on base stations to operate, allowing for excellent tracking but requiring some setup, while the Knuckle controllers are the best available at the moment thanks to their per-digit tracking. All of that means the Valve Index isthe VR headset to get for Half-Life Alyx – even if it is also among the most expensive.

The big Vive Black Friday sale has finally hit the UK, bringing the price of the HMD only from 699 and discounting the Starter Kit from 1119 to 819.

TheVive Pro is another hi-fidelity option, and the full system comes in at cheaper than the full Index during HTC’s Black Friday sales. The AMOLED display is a bright point, with a resolution of 2880×1600, and the refresh rate of 90Hz is good too. However, the 110-degree field of view is slightly narrower than that of the Valve Index. Tracking is accomplished using base stations, which require setting up but can offer more accurate tracking. However, the Vive Pro’s controllers aren’t as advanced as that of the Vive Cosmos or Valve Index.

The big Vive Black Friday UK sale means the Cosmos is 100 off!

The Vive Cosmos is also on offer, with a Black Friday discount meaning that it now costs substantially less than the Valve Index. The Cosmos is slightly higher resolution than the Vive Pro at 2880×1700 and hits the same 90Hz refresh rate. The headset uses inside-out tracking, so it doesn’t require base stations to operate, but the system can lose track of the controllers if they’re too close to you. While the tracking is a step backwards in some respects, the physical design is demonstrably better than the earlier Vive Pro, with the option to flip up the goggles – handy if you want to drink some tea or make sure you aren’t about to kick your cat.

The Oculus Rift S is the most advanced PC-centric headset from Oculus, and is considerably cheaper than HTC or Valve’s options. However, the visual experience isn’t up to par, as the Rift S uses a single 2560×1440 LCD display that operates at 80Hz, relatively slow for a VR headset. The Rift S does at least use inside-out tracking and comes with two touch controllers, making it a good value option.

TheOculus Quest is intended as a standalone handset, hence the integrated storage, but it can also connect to a PC for use with games like Half-Life Alyx with the official Oculus Link Cable (expected to become widely available in 2020) or another high-spec USB-C cable like this one from Anker (which is unfortunately out of stock in the UK). The display is a bit better than the Rift S, at 2880×1600, but the refresh rate of 72Hz is sub-par. The Quest uses inside-out tracking, with no base stations required, and the tracking is seen as more reliable than that of its contemporaries. The Quest comes with two controllers.

Finally,Windows Mixed Reality headsets are the cheapest way to play Half-Life Alyx. These are available from a range of manufacturers, such as HP, Microsoft and Lenovo, and can differ slightly in their specifications. Normally, you can expect a resolution of 2880×1440, at a refresh rate of 90Hz – pretty good! Tracking is performed without base stations, and controllers are included with each headset. Retail availability is spotty, but when the headsets are offered for sale they’re frequently at a very low price – especially on Microsoft’s US store, where the Samsung Odyssey is $230!

With that, we reach the end of the Black Friday deals and all-around best prices for the VR headsets that are compatible with Half-Life Alyx. We’ll keep this page up to date all week to ensure we recommend the best Black Friday deals going, so check back soon!

If you find a Half Life Alyx compatible VR headset at a better price than we’ve listed here – or if you’d like to know how these headsets compare in another way – then please let us know in the comments below! We’ll also be checking tweets to @wsjudd or @digitalfoundry.

In the meantime, why not read more about Half-Life Alyx in articles by Eurogamer? So far, we’ve covered our first look at Half-Life Alyx and also why Half-Life Alyx is a VR exclusive. You can also hear Digital Foundry’s John and Alex discuss the reveal in video form above.