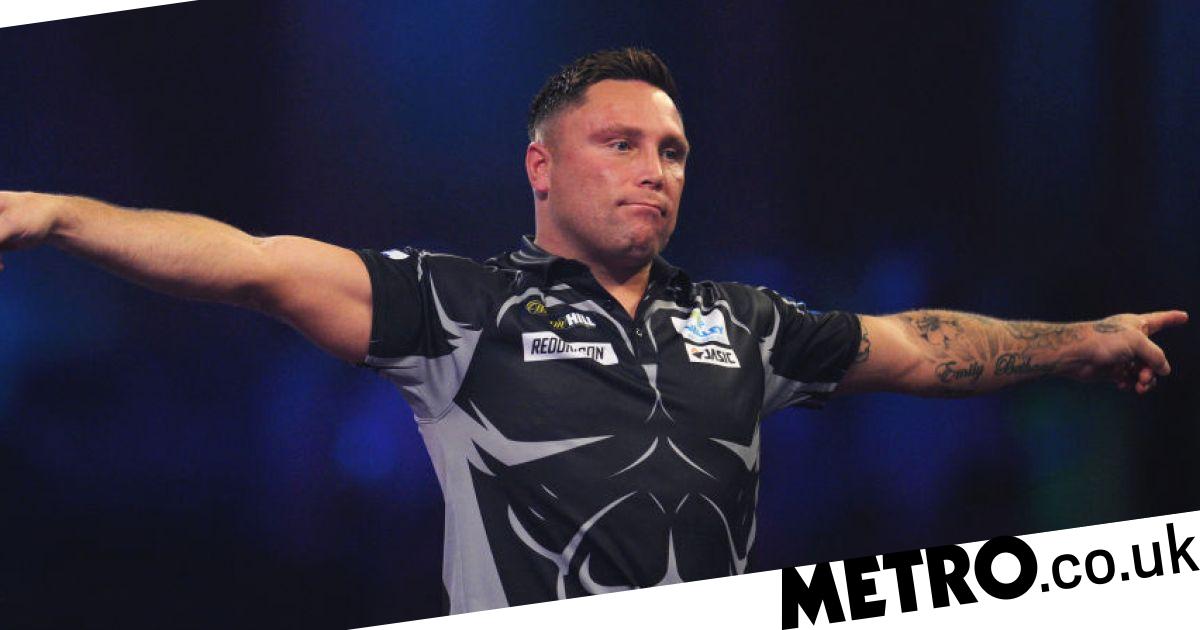 Gerwyn Price is not expecting any funny business from Peter Wright when they meet in the PDC World Darts Championship semi-final on Monday night.

The Iceman cruised into the last four of the tournament with a 5-1 battering of Glen Durrant in Sunday night’s quarter-final, proving once again that he is a genuine contender to become world champion this time around.

The Welshman was in thoroughly impressive form against Duzza, but that was not so much the case in the fourth round on Saturday, when he stumbled past Simon Whitlock.

Price put that below-par performance in the last 16 down to the Wizard trying to purposefully slow him down, but he does not expect any similar dark arts from Snakebite, who he gets on well with.

‘I don’t know, maybe maybe not but I just go out there and try to concentrate on my own game,’ said Price on the prospect of dealing with gamesmanship. ‘It doesn’t really matter what Peter does, I’m the one throwing the darts and when I get to the oche hopefully I can just control myself.’

When asked if this optimistic outlook was based on Wright being a friend, Price said it was quite the opposite.

‘No I’d expect it more [from someone I get on with].’ Price continued. ‘I don’t know, Peter’s a good bloke and I don’t think he’d try that.

‘He’ll do what he can to play his best, I don’t think he’d do it on purpose to put me off.

‘If he needs to slow his game down to improve his game he might do it, but I don’t think he’ll do it to put me off.’

The Iceman lost his cool to some extent against Whitlock, picking up a comfortable win in the end, but describing the pace of the match as ‘pathetic’.

‘The pace of the game wasn’t suiting me, I think Simon did that on purpose but I’ll learn from this game and I’ll try and perform better the next time I come up against that situation,’ Price said after beating the Aussie.

‘I like a good flow and a good game, but some people try and drag you down.

‘I think that game was just slowed down to a pathetic pace.’

To the untrained ear it may have seemed that Price and Wright were at odds ahead of their semi-final clash, with Snakebite publicly predicting that Durrant would beat the Iceman, and then Price promising to smash the Scot 6-0 in retaliation.

However, Price revealed that it was all banter between pals: ‘Me and Peter get on really, really well.

‘I think he wanted that result but it was never going to happen.’

Price and Wright meet in the semi-finals on Monday night, with Michael van Gerwen and Nathan Aspinall contesting the other final four match.