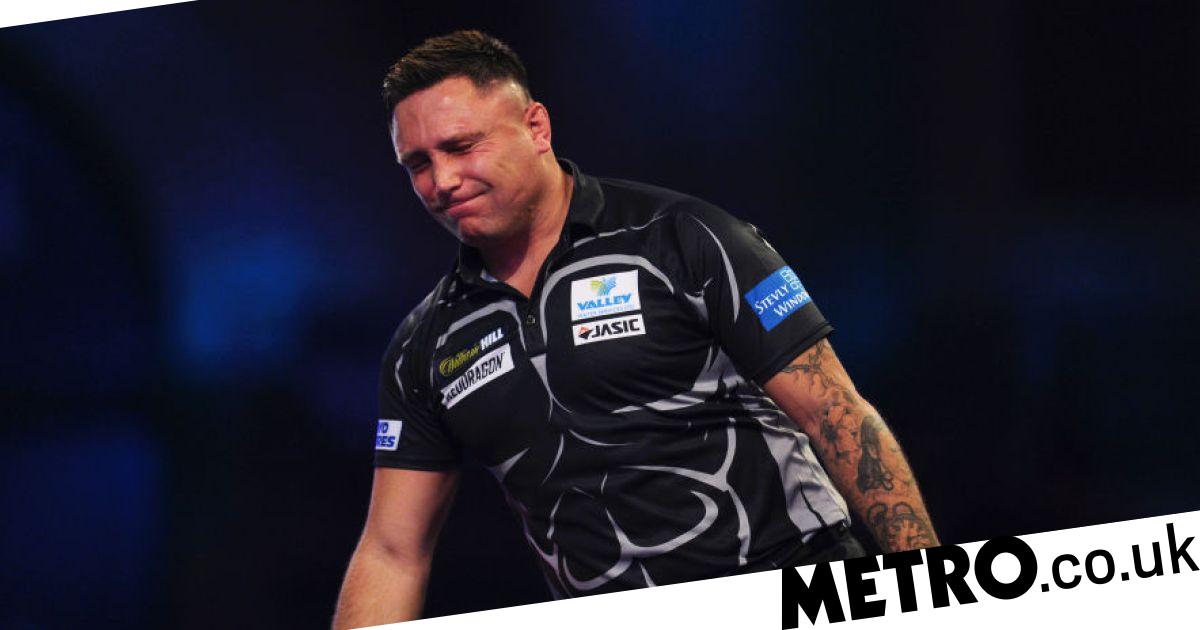 Gerwyn Price has apologised to Peter Wright after going ‘a bit OTT’ during his loss in the PDC World Darts Championship semi-final.

The Iceman was beaten 6-3 by Snakebite at Alexandra Palace in an unexpectedly heated contest between two players that generally get on very well.

The frosty atmosphere arose after the first set, won by Wright, who then went to share a joke with Price.

The Welshman was having none of it and did not see the funny side, which was understandable, but he was clearly bothered by the attempted bit of banter.

After winning the second set, Price wildly over-celebrated in front of Wright and there was clearly tension between the two from then on, so much so that they didn’t share a handshake after Snakebite won the match.

Price initially admitted that he had been upset by Wright’s joshing even accusing Snakebite of doing it on purpose to put him off.

However, having had the night to look back on events, the 34-year-old can see that he over-reacted under the pressure of the contest.

‘I’ve had time to reflect on last night’s game and personally I’m peed off with myself,’ Price wrote on Instagram.

‘I let myself, my fans and my family down in the biggest game of my career and for letting Peter get to me.

‘I’ve been in this position before in game but never in a World Championship semi-final, I over-reacted to what Peter did after set one.

‘It might have been banter but I was so in the zone and just missed a load of set darts and I wasn’t ready for what he did.

‘I will learn and everyone makes mistakes, but I’m still new to this and still learning.

‘I apologise to everyone who thinks I’ve done wrong and yeah maybe I was a bit OTT.

‘It’s a difficult place up on that stage and sometimes emotions get the better of you.

‘I also apologise for not shaking his hand, it’s not a rule but should have bit my tongue, done it and walked off.

‘At the time I just wanted to get off the stage and get home as you can imagine.

‘It’s been a tough year for me and to come out at the end of it playing as well as I have I should be really proud.

‘I have personally apologised to Peter for my reactions.

‘I wish Peter and Michael all the best in the final tomorrow night.

Wright had been irritated by Price’s behaviour on stage but the incident will be put in the past and they will move on.

Snakebite has bigger fish to fry right now, with the World Championship final on New Year’s Day against the defending champion and world number one Michael van Gerwen.

MORE: Gerwyn Price reacts to PDC World Darts Championship exit to Peter Wright: ‘I was upset with what Peter did’