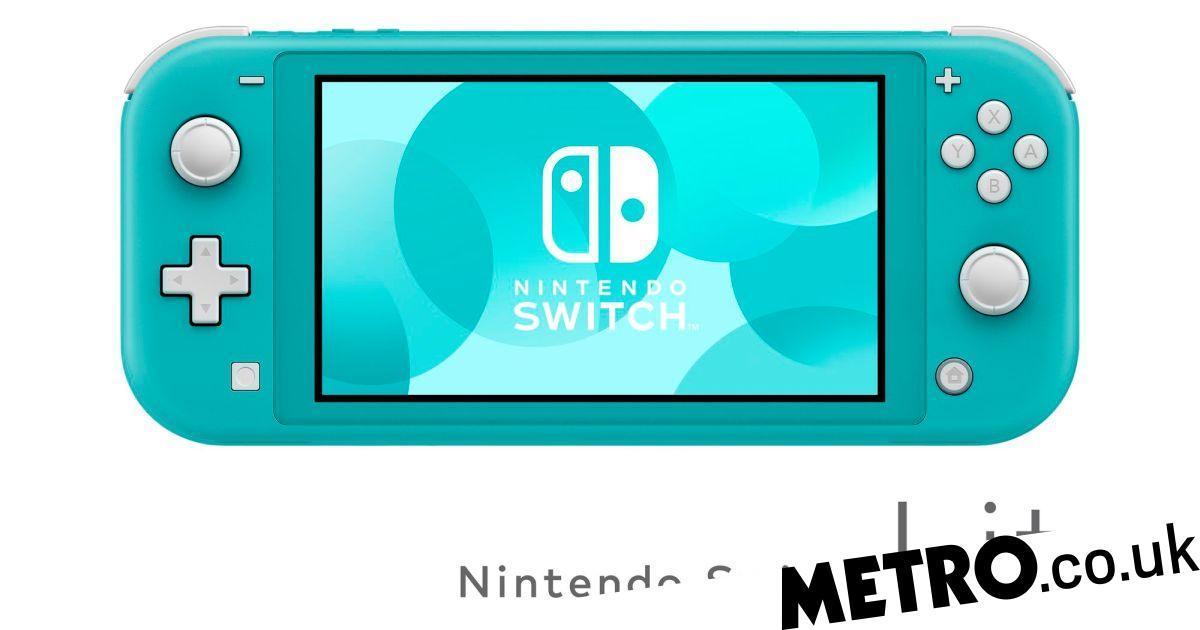 The Evening Inbox still struggles to understand the Epic Games Store controversy, as one reader worries about Dr. Mario’s qualifications.

PLEASE NOTE: The Evening Inbox will be back this week as a trial, but we still barely had enough letters for today’s edition. If you still want there to be two Inboxes a day we need more letters on a consistent basis, and without taking away from the Hot Topic and Reader’s Feature – which we also do not have enough of at the moment.

A Nintendo Switch that doesn’t switch. I think the Nintendo Switch Lite is a great idea and will appeal to parents that are wanting to buy it for their children but not wanting to pay the premium price of the older model. I’d guess that this iteration is replacing the market of the current 3DS and will be perfect for selling millions of Pokémon games on.

I’m glad I already bought the Nintendo Switch though, even after reading the news about the new device today. Being an almost everyday user of the older device, and being an adult with larger hands, I already know that making it smaller would not appeal to me in the slightest. A smaller screen is also a no-no in my opinion but I can also see that the Lite version isn’t replacing the current Switch, it’s just offering up more options to make a purchase of Nintendo’s current generation console.

I’m surprised they didn’t offer up a cable of some sort instead of a docking system to make it TV plug-in compatible though. They’ve missed a trick with that but it’s obviously not the audience they’re aiming at here. I love playing the Switch on my gaming monitor and to anyone that would be on the fence now, over which version to get, I’d still say the older model is the best option.
Nick The Greek

Even before my nephew dropped his Nintendo Switch into a bowl of water whilst cleaning it I have always been uncomfortable removing the unit from the docking station.

Now after this announcement of a mini version, which I can protect with the inevitable release of a protective cases and shells, etc., I am absolutely delighted.

I think the Nintendo Switch Lite is a real missed opportunity and I won’t be getting one. Essentially it is the standard unit but worse: no docking, no detachable controls for quick multiplayer, and no rumble. These differences will result in a lower price, a D-pad, and a smaller unit but they are marginal benefits and that’s where I think Nintendo have gone wrong. If this new version had some other positive differences to the current model (which is over two years old, let’s not forget) then some people might have been persuaded to double dip.

Given that this model is just for portable play I feel it should at least have boasted a brighter screen, vastly improved battery life, wireless charging, larger internal memory, and more eye-catching designs (I do like the Pokémon special edition).

I think it should also have had a camera and some Nintendo style photo-editing software. The 3DS had lots of fun in-built software that rewarded leaving the unit on when you were out and about – perhaps Nintendo will add this type of feature in future?

Anyway, fingers crossed that the rumoured pro version brings something interesting to the table.
Rob

GC: We think you’re underplaying the importance of being cheaper, in terms of both the appeal and the capacity to add new features.

Good letter by BADMAFiA72 about the recent classic Sega games. I’m still enjoying Virtua Racing on the Switch but god it’s tough finishing in the top three on the intermediate/expert tracks, even on the easiest mode.

I still think it’s almost criminal that after all these years we still haven’t had a HD update of the original Sega Rally (after all we had a great Xbox Live conversion of Daytona USA). I’ve loved this game ever since having the brilliant arcade conversion on my Saturn when I was in my mid-teens and in my opinion it’s the best game Sega have ever made. Inbox magic do your thing!
adams6legend
PS: Virtua Cop as a Sega Ages release would be great too, but the gun controller bit would pose a bit of a problem.

I have been playing the Dr. Mario game on my iPhone and have to say that it’s quite tricky. The game relies a lot more on skill than on luck as per Candy Crush Saga. It also copies a lot of the sounds of the 3+ pattern-matching games such as the, ‘Ready’ and ‘Go’ sounds.

What I don’t understand with the game is what are Mario’s qualification to be a doctor? He also doesn’t seem to be much of a plumber either, as he’s always buggering off to the Mushroom Kingdom all the time.
Alek Kazam

There has been some confusion as to why there is outrage over the Epic Games Store getting exclusive games, so I thought I would weigh in.

To go back to the supermarket metaphor from a couple of days ago, it’s like you want to buy a particular cake that you were told was exclusive to Sainsbury’s (other supermarkets are available) but then instead it’s announced that instead you have to get it from another shop.

This other shop only allows you to buy one item at a time, doesn’t have shopping baskets or carts, doesn’t let you interact with your friends, doesn’t let you look at your shopping list, and secretly looks at your points card for the other supermarket, storing the information from it without your knowledge.

Any plans to review Sairento for PlayStation VR? A ninja simulator sounds interesting, would love to hear your always reliable opinion on it before taking the plunge.

Also, have to say that there seems to have been a great run of games for PlayStation VR lately, and the announcement that it will be backwards compatible with PlayStation 5 reassures me that it was a good purchase long term. I use a base PlayStation 4 so hopefully it will get an increase in performance with PlayStation 5 too, which should be at least as good as with PS4 Pro!
ameisa (PSN ID)

GC: Yes, we should have a review ready for Friday or Monday.

Have to echo AWB-78’s thoughts on Shenmue III. I absolutely loved the originals back in the Dreamcast days and having played through the remasters recently I found that the charm was definitely still there.

I too can’t wait for the third game, but I worry a bit about it. Being a console gamer, I can’t quite get my head around the Epic issue. When it looked as though it would never happen, the Shenmue community said over and over that they would’ve given almost anything to continue the story. Now a significant bunch of those people are saying installing a different launcher is going too far.

Yu Suzuki has already confirmed that the third game won’t complete the story. Even hardened Shenmue fans like me have to admit it is an acquired taste, to say the least. Realistically the third game isn’t going to change that, so if we are going to get a fourth the community is going to have to support and promote the game as much as humanly possible. But at the moment we can’t guarantee that.

As I say, I’m a console gamer so probably not best placed to discuss it but I would hate to see an issue like this put Shenmue back in limbo again after everything that’s happened.
drumbeatvideo

I just picked up Hey! Pikmin on 3DS for £10. Not a bad game but a bit too easy. Is there any news of a Pikmin game on Switch. Also do you know when Luigi’s Mansion 3 is out, as Amazon have it down for December 31st.
Mattpat

GC: Shigeru Miyamoto has repeatedly said a new Pikmin is in development, but nothing’s ever been seen of it. Luigi’s Mansion 3 has no release date yet, beyond sometime this year, that’s just a placeholder that Amazon made up.

Just wondering if GC can remember the most recent game a 1up appeared in?
Sven Kirby

The subject for this weekend’s Inbox was suggested by reader Hatton, who asks what video game do you most regret playing?

What game do you feel ended up being a waste of your time, regardless of how much you paid for it in the first place? Did you stop straight away and how often do you usually give a game before you give up on it?

Was the problem that you didn’t enjoy the gameplay or story, or was it too difficult or time consuming? Did you still finish the game and if not how often do you end up giving up on a video game before beating it – or at least spending a substantial amount of time on it?

READ  My dream Game Of Thrones video game – Reader’s Feature
Share on FacebookShare on TwitterShare on PinterestShare on Reddit
newsgrooveJuly 10, 2019