Fury as Sadiq Khan proposes charging people £3.50 to drive into ALL of London to fund TFL black hole 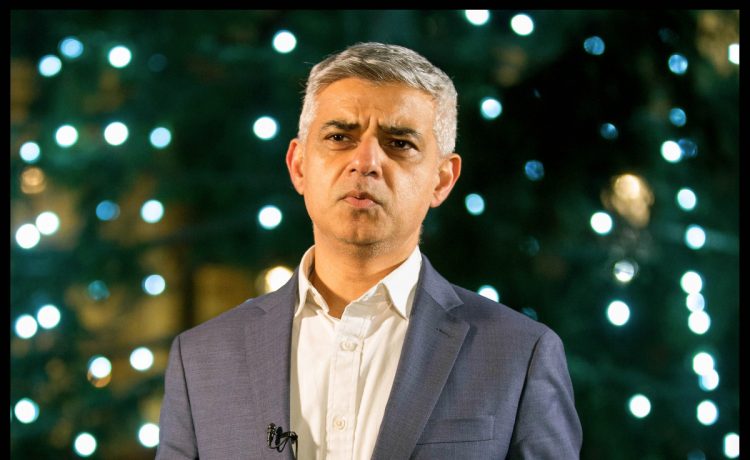 SADIQ Khan has sparked fury as he threatened to charge people a daily fee of £3.50 to drive into ALL of London in an attempt to fill the black hole in Transport for London’s finances.

In another row with the Government, the London Mayor has said he will roll out the new plans unless the capital is allowed to keep £500 million in vehicle tax paid by Londoners.

Mr Khan wants the money, paid every year in vehicle excise duty, to be funnelled straight into London’s transport system rather than going to the Government.

Anyone who drives into central London is already slapped with a £15 congestion charge any day of the week between 7am and 10pm.

The charge was extended to weekends earlier this year as Mr Khan struggled to keep control of TfL’s finances.

Speaking today, Mr Khan accused the Government of not “playing fair” with the £500million in vehicle tax.

He said: “If ministers aren’t prepared to play fair, then we will need to consider other options to address this unfairness, such as asking people who live outside London and make journeys into Greater London by car to pay a modest charge, which would be reinvested in London’s transport network.”

The Greater London Boundary could charge non-residents higher rates for cars with the worst emissions.

It would mean Brits with cars registered outside of London to pay as soon as they enter an outer borough such as Croydon, Enfield, Hillingdon and Havering.

READ  Election polls queues: What happens if there’s a queue - will you get to vote?

The threat has been slammed by members of the Greater London Authority (GLA).

Conservative Transport Spokesman for the GLA, Keith Price blasted the proposals as “devastating” for outer London.

He stormed: “It would not only hammer struggling businesses that rely on trade from people outside London, but also hurt the poorest who drive into the city for work and to visit friends and family.

“Instead of introducing a punitive charge to fix TfL’s finances, the Mayor ought to cut the transport network’s waste.”

Mr Price said the Mayor needs to focus on devolving the vehicle duty to City Hall, rather than introducing “punitive charges” which would “do more harm than good”.

And Tory GLA Tony Devenish member lashed out at Mr Khan, calling him a “spiteful little man” and labelled the new charge a tax on “enjoying our capital on the entire country”.

The fee could raise an estimated £500 million a year.

TfL’s finances have been decimated by the coronavirus crisis, which saw central London almost completely empty out.

And Mr Khan had to ask the Government for two bail-outs in May and November to keep trains running, totalling to £3.4 billion.

Mr Khan has asked TfL officials to look at the feasibility of introducing the Greater London Boundary Charge, which would at least two years to be rolled out.

A spokesman for the mayor said he has “broad powers” to launch such schemes to achieve his transport strategy.

One lucky winner from France scoops biggest ever jackpot of £175million

Heading into central London also costs drivers with the most polluting cars £12.50 from the Ultra Low Emissions Zone charge.