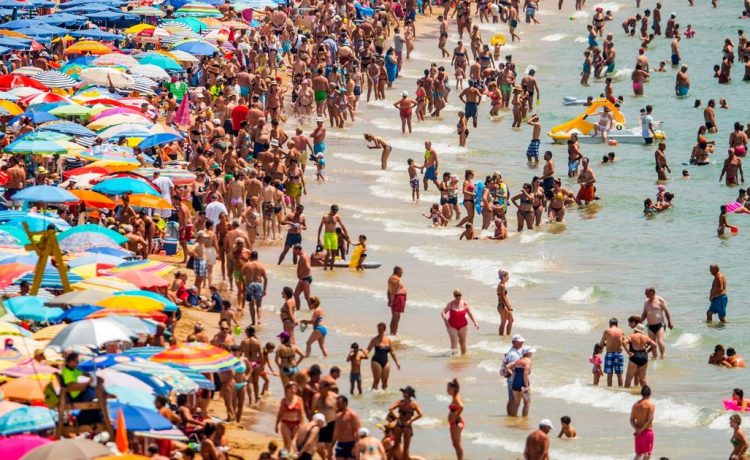 Quarantine rules end today for travellers returning to England from 75 countries and territories.

But while Labour welcomed the relaxation of the quarantine, it criticised the Government for failing to set up so-called ‘air bridges’ to other countries.

Shadow transport secretary Jim McMahon said that workers and holidaymakers were paying the price of the Government’s failure to act.

He added: “The fact they have been unable to negotiate air bridges is an indictment of their failure to tackle the crisis at home.

“Labour has consistently called for a sectoral deal that supports the whole aviation industry including the supply chain based on our six conditions.

“Tory ministers have failed to act and workers are paying the price and trips are being cancelled.”

* the Isle of Man

READ  Boris sends in the Army to mass test 1,500 lorry drivers stranded in Kent as EU demands France back down over blockade

Ireland is already exempt as part of the common travel area, as are the Channel Islands and the Isle of Man and the government are also exempting the 14 British Overseas Territories including the British Virgin Islands, The Cayman Islands and Gibraltar.

Shadow transport secretary Jim McMahon’s comments come as a survey suggested people in four European countries are more likely to oppose inbound UK tourists this summer than they are visitors from the rest of the continent.

While between 40% and 54% of Spaniards would disprove of tourists from a group of European nations, the figure rises to 61% for those from the UK, a YouGov poll indicated.

Each country would be more welcoming to other European nations, according to the research.

The UK Government has published a list of 76 countries and territories from which people arriving into England will no longer need to self-isolate for 14 days.

The Welsh Government and the Northern Ireland Executive have decided to follow the same approach.

But the Scottish Government has produced a list of just 39 countries, which does not include Spain.

Scottish First Minister Nicola Sturgeon said the “difficult decision” had been driven by the evidence in relation to the prevalence of coronavirus.