There are five main reasons: Increased demand as the global economy recovers after lockdowns, low supply from Russia, high demand in Asia, a fire affecting imported French electricity, and a lack of wind for turbines.

IS this a short-term problem or are higher gas prices here to stay?

EXPERTS say prices will remain high over this winter at least, but could drop into spring.

WHAT impact is this having on the UK energy market?

FIVE firms supplying 700,000 households have gone bust in six weeks — Hub, PfP Energy, MoneyPlus, People’s Energy and Utility Point. Bulb, which has 1.7million customers, has asked for a Government bail-out. Several other small suppliers could go under in weeks.

WHAT does this mean for my gas bill in the short and long-term?

BILLS are at record levels and will stay high, probably until at least October 2022. People switching will also have fewer companies to choose from, and many discounted tariffs are being scrapped.

WILL my credit be refunded by a new provider if my supplier goes bust?

YES. Your new supplier will pay you any outstanding credit minus energy you have used but not been billed for.

COULD the energy price cap be raised again? Isn’t it going up already?

YES. Another price cap increase next April is expected. Around 15million households on standard tariffs will already see bills leap from October 1, when the cap jumps by £139 to £1,277-a-year. It could go up by another £300.

WHAT is the Government doing about it?

THE Government says bills would be £100 higher without the cap. Low-income households can claim the Warm Home Discount or Winter Fuel Payments. National Grid can order extra gas to prevent supplies running out.

COULD green levies on bills be scrapped?

NO. The Government is rejecting calls to ditch the fees, which fund renewable energy schemes and can make up a quarter of your ­electricity bill.

CARBON dioxide is a by-product of fertiliser factories, which have been temporarily closed due to high prices for the gas they use. Slaughterhouses stun chickens and pigs with it before humanely killing them, and also use it to refrigerate them.

CO2 is also used in vacuum-packing meat to extend its shelf life. It gives red meat an extra five days and 14 days for poultry. So the supply of meat to supermarkets would reduce. Fruit and veg would also be hit because CO2 is used to extend their shelf life.

HOW many weeks are we from shelves starting to empty?

LESS than two weeks for chicken and a few days more for pork, with fruit and veg shortages later. Turkey producer Bernard Matthews is short of 1,000 workers and needs CO2 to refrigerate birds for supermarkets — raising the spectre of a Christmas turkey shortage.

WHAT else is affected by a shortage of CO2?

BEER, cider and fizzy drinks are flat without carbon dioxide bubbles. Ministers are negotiating with industry chiefs to get supplies flowing again as soon as possible.

ARE food prices going to go up too?

Why is there a gas shortage in the UK? 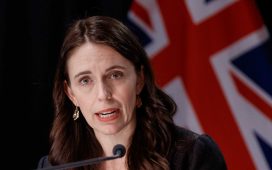