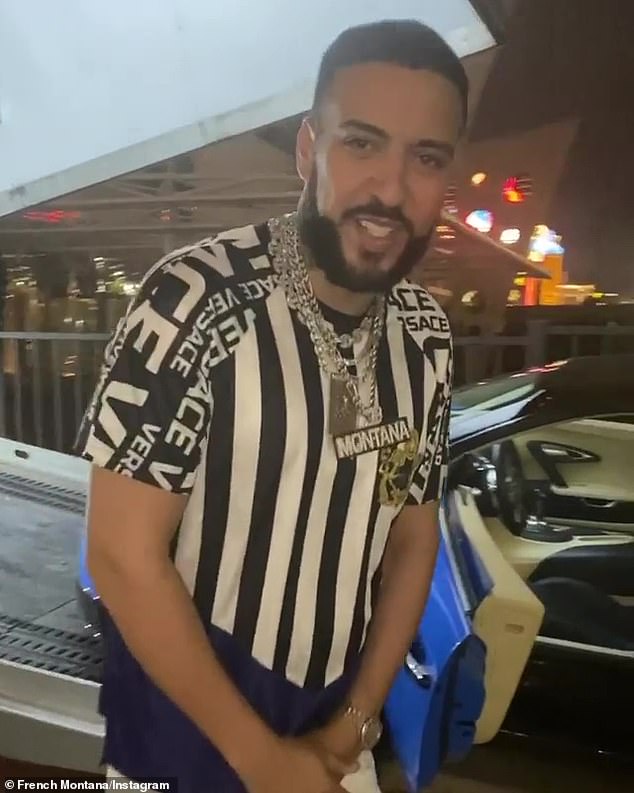 French Montana treats himself to a ‘lil gift’ of a $1.5m Bugatti after recovering from medical scare

By Carly Johnson For Dailymail.com

French Montana has splashed out on a $1.5million supercar.

The rapper had the blue Bugatti delivered to his house in Las Vegas on Sunday night  as a present to himself after a difficult year.

French posted a video of himself flexing with his new ride on his Instagram Sunday night.

‘FRESH OUT OF ICU WOKE UP IN THAT BUGATTI!’ captioned the rapper.

He labeled the vehicle as a ‘lil gift’ to himself and that ‘a boss move like a boss and taste like a boss’. 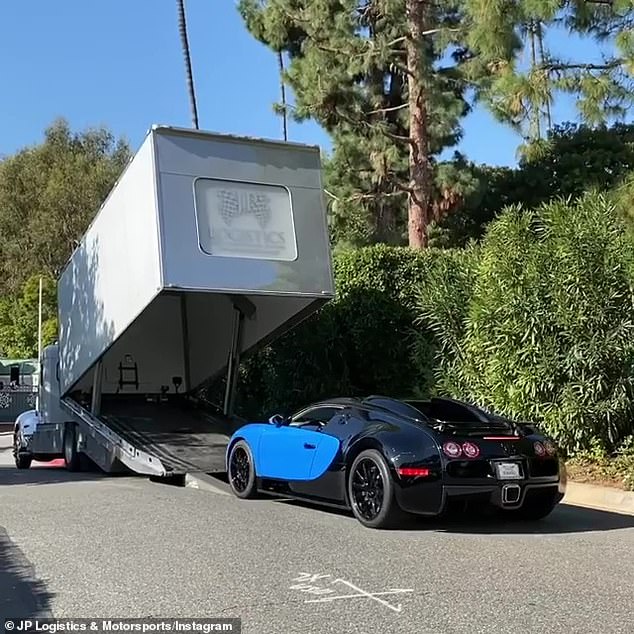 Luxury: The Bugatti retailed for a shocking $1.5million

The French-made automobile was specially delivered to Montana’s Las Vegas residence by Wires Only Luxury Car Dealer, which is located in Los Angeles, CA.

The dealer delivered the vehicle in a specialist truck to prevent risk of damage during transportation.

Montana concluded his Instagram post with the hashtag #nipseyblue, a tribute to his late rapper friend Nipsey Hussle, along with the emphasis that this gift to himself was for ‘motivation use only’ and that he will be ‘riding with toilet paper for the suckers.’ 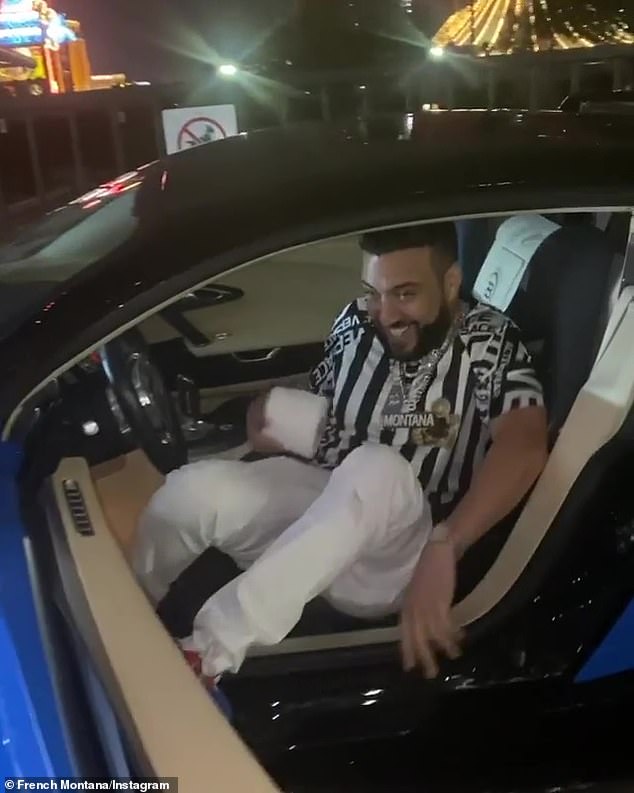 Back in November, French was rushed to hospital with cardiac issues. An ambulance was called to the 35-year-old rapper’s Calabasas home when Montana started suffering from ‘stomach pains, nausea and an elevated heart rate’.

L.A. County Sheriff’s deputies had actually been called to the house at 1.30pm over reports of a suspected robbery – which turned out to be a false alarm – but they were so concerned by French’s condition that they summoned an ambulance to take him to hospital.

He was quickly transported to a San Fernando Valley hospital, where he was treated with IV fluids. 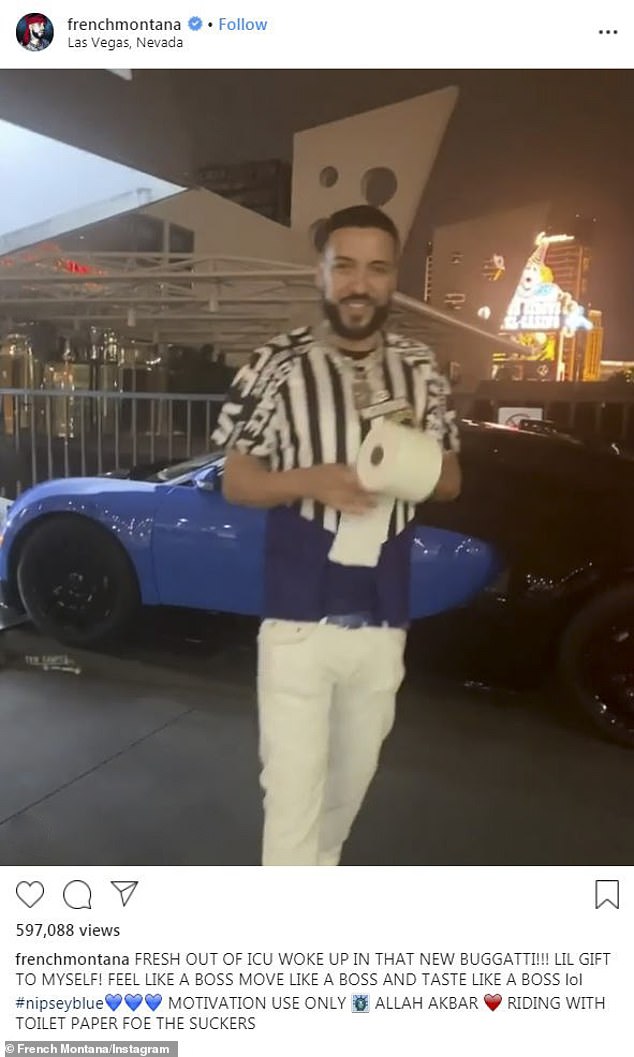 ‘Feel like a boss!’ French was clearly delighted with the new vehicle 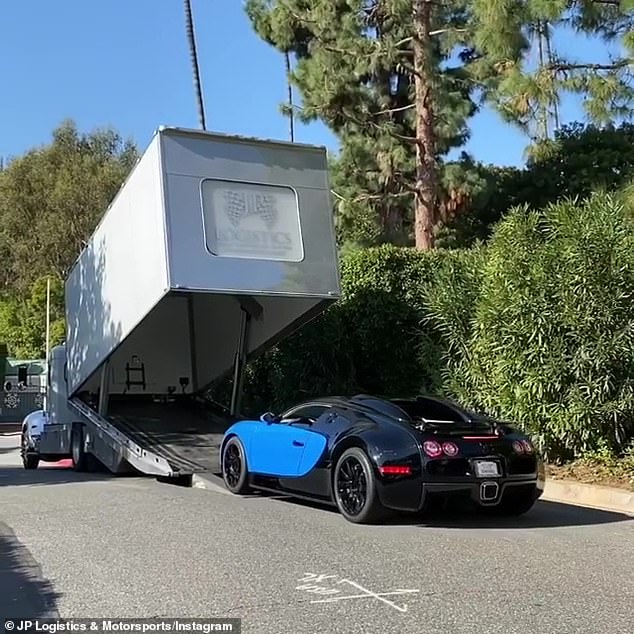 Special delivery:  The dealer delivered the vehicle in a a very particular type of truck that conceals the car from all sides to prevent risk of damage during transportation

Doctors believe French’s symptoms were the result of seriously overworking himself and following his stint in hospital, his elevated heart rate has now returned to normal.

It was previously claimed the Unforgettable rapper’s problems stem from a travel schedule that saw him visit four countries in just six days.

When he was moved out of intensive care, French shared a photo of himself taken in hospital and wrote: ‘Thank you Everyone for all of the prayers, love and support. I’m finally out of ICU and am getting better one day at a time !!!#Montana.’

He has had a number of visitors to keep his spirits up and it was revealed he had also been in touch with former girlfriend Khloe Kardashian as she has been worried about him.

A source shared at the time: ‘Khloe has been in touch with French. ‘She heard the news and was concerned about him. She is still worried about him and hoping he gets some good news and they figure out what’s going on.’ 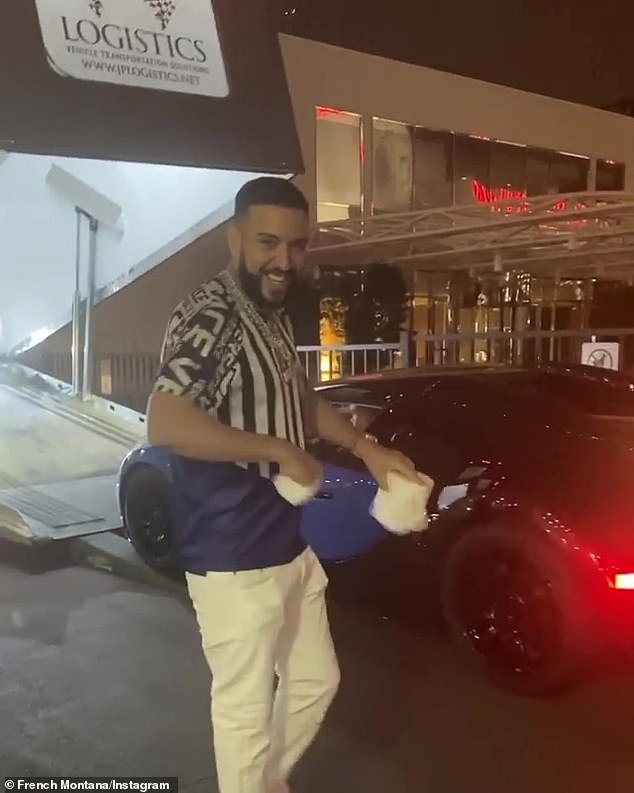 Insta-flex: French posted a video of himself flexing with his new ride on his Instagram Sunday nigh 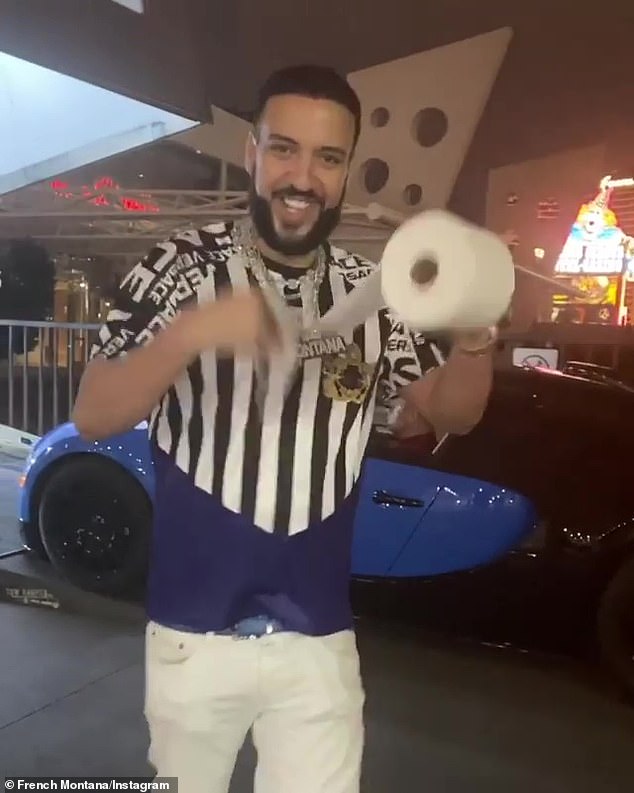 New Year, New French: With the New Year approaching, French saw this purchase as a way to ‘celebrate the year ahead’ and, hopefully, a year of good health, a source close to TMZ revealed 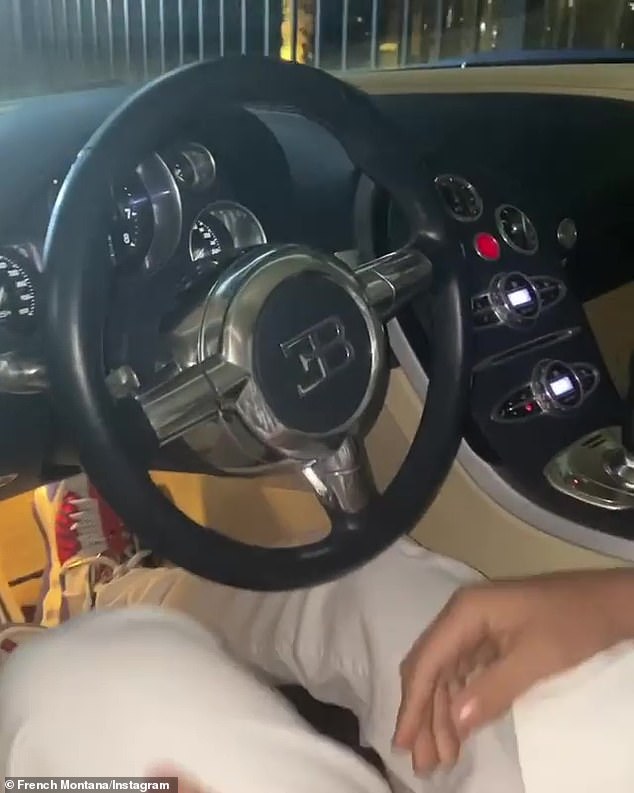 The French-made automobile was specially delivered to Montana’s Las Vegas residence by Wires Only Luxury Car Dealer, which is located in Los Angeles 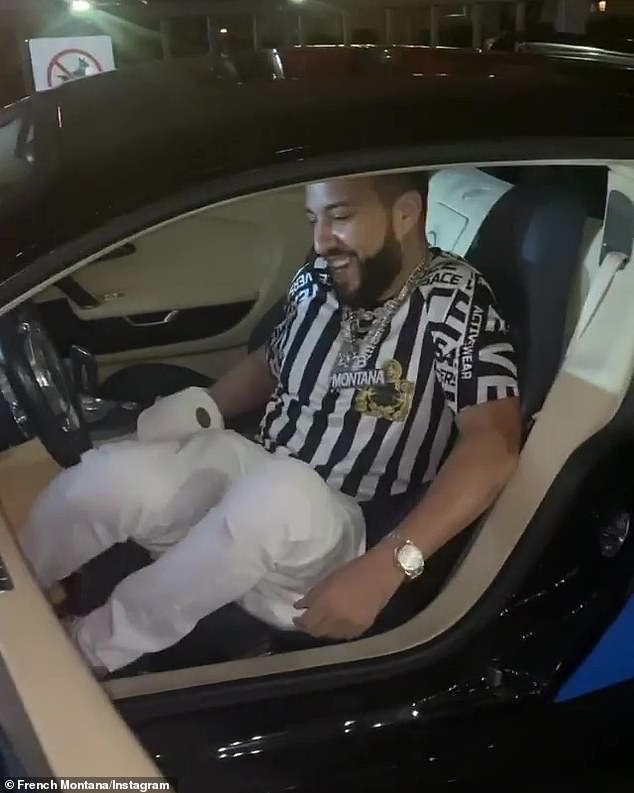 Flaunting his toy: French said that Bugatti is a gift for himself and that it’s for ‘motivation use only’ and that he will be ‘riding with toilet paper for the suckers’ 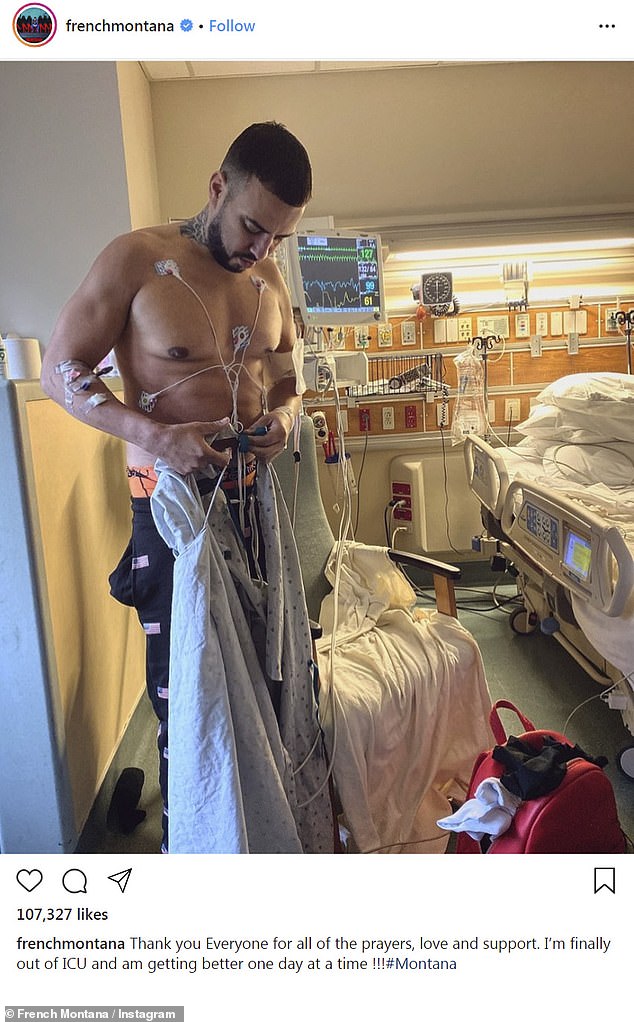