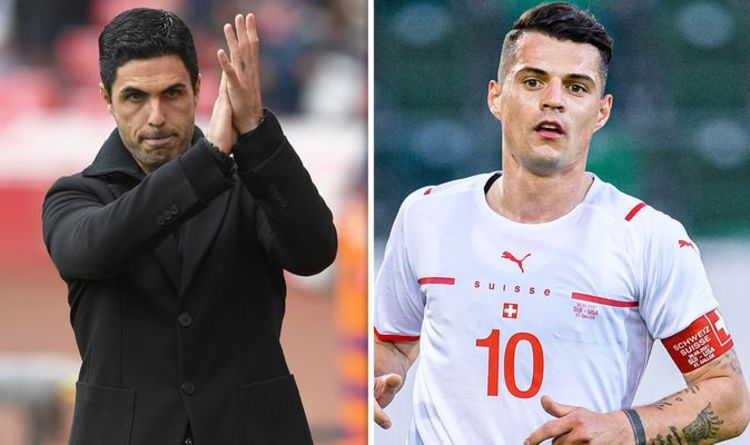 Arsenal need to replace Granit Xhaka as the midfielder has reportedly agreed a five-year deal to join Roma. Xhaka has been much-maligned during his five seasons at Arsenal but has been a constant figure in the middle of the park under the last three managers.

Replacing Xhaka will be a tough task, even if he is not a favourite with some supporters.

Arsenal have failed to qualify for the Champions League in each of the 28-year-old’s five years at the club.

That is in no way purely down to the Swiss, of course, but it feels like a good time for the two parties to go their separate ways.

And football.london say Xhaka has agreed to move to Roma, with a fee set to be agreed between £15.5million and £17.2m.

Express Sport looks at four midfielders Arsenal could bring in to fill the void Xhaka will leave.

Arsenal are one of a number of clubs interested in France teenage sensation Camavinga.

Camavinga made his debut for France last September, becoming the youngest to do so in over 100 years at the age of 17 years, nine months and 29 days.

To play for this current France side at that age tells you everything about Camavinga’s talent.

His contract at Rennes expires in the summer of 2022 and the Ligue 1 club would be keen to sell this summer if he does not extend his current deal.