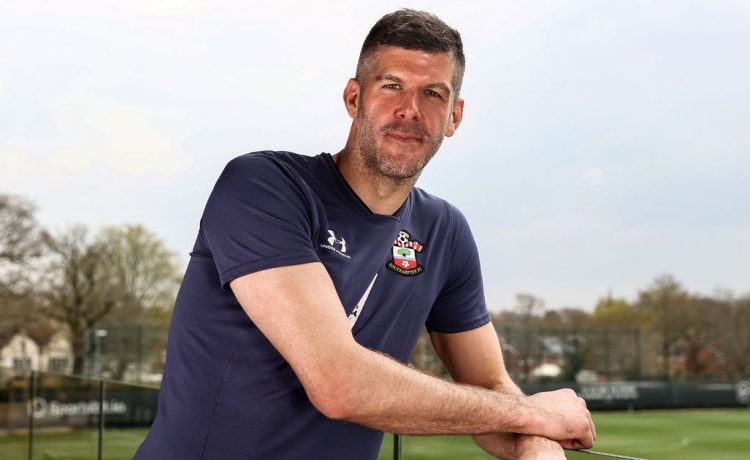 Fraser Forster will complete a remarkable journey from the “dark days” of being a forgotten man to potential Wembley hero.

Southampton keeper Forster, 33, made just ONE Premier League appearance in more than three years after being frozen out at St Mary’s before completing a remarkable comeback.

Forster fell out of favour under previous boss Manuel Pellegrino, did not play under Mark Hughes, was loaned out to Celtic for a year and fell so far down the pecking order at St Mary’s that sometimes he did not even make the bench.

But Forster refused to give up, has used the FA Cup as a route back to being Southampton’s first choice since January after working hard to improve his game and find a way back under Ralph Hasenhuttl.

Former England keeper Forster said: “I’ve had to wait and the FA Cup has been brilliant for that but I’m not going to lie, there have been some horrendously hard days along the way and luckily I’ve come through the other side of that.

“For me, not playing was incredibly hard because you’re coming into training, you’ve got no game at the weekend to aim for, it’s a very frustrating time and just one for whatever reason I just ended up stuck in a situation.

“Managers, they pick the team and if you’re not their cup of tea or they don’t rate you, as a keeper it’s hard to get back in. Hard to get those opportunities. There have been some very, very dark days that’s for certain.”

It is hard to imagine that Forster – who joined Southampton from Celtic for £10m in 2014 – could drop down so far as he had won six England caps, was nicknamed The Great Wall in Glasgow after famously defying Lionel Messi’s great Barcelona side in the Champions League in 2012.

But Forster was dropped after a 5-2 defeat at Tottenham in December 2017, played just once on the penultimate day of the following season in a 3-0 defeat at West Ham and found himself stranded at the start of this season with little hope.

“It was a tough decision in the summer. We had a fantastic year last year at Celtic, I had another year back there which I absolutely loved, but I made the decision that I wanted to come back here.

“The manager here has been absolutely brilliant with me. He knows what he wants from his keepers, what he demands and that’s clear across the pitch.

“Everyone has got real clarity on what he wants from each position and I came back, worked at that, what he wants and had to obviously bide my time and the FA Cup was perfect for me to get a few games and that run has really helped me get my place in the team.”

Forster worked hard on his kicking and distribution, when Alex McCarthy missed the Liverpool game in January through Covid, the ex-Celtic keeper stepped in and has never looked back after his man of the match display in a 1-0 win over Jurgen Klopp’s men.

Forster is an ever present in this season’s FA Cup run, has been first choice in the Premier League in recent weeks and now has a chance to be a hero in the semi final.

He added: “That’s been one of the remarkable things this season. The first half of the season we couldn’t stop winning. Then, for whatever reason, we just couldn’t put a win together for nine or ten games.

“This is a great opportunity, we’re coming up against a fantastic team with a fantastic manager as well. But over the course of 90 minutes, it’s one game, anything can happen and it would be fantastic if we could progress into the final.

“As you say, it’s set up so nicely to do that. Both Leicester and us, will be thinking let’s go and get into a final and see what happens. It should be a fantastic day and should be a great game as well.”