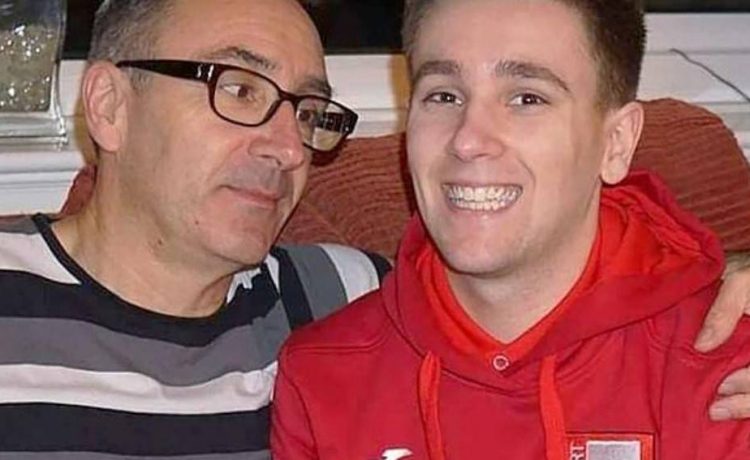 A 24-year-old football coach has died from deep vein thrombosis after spending weeks in coronavirus lockdown playing video games and refusing to go outside.

Louis O’Neill was given leave of absence from his job within a week of lockdown and retreated into a world of video games.

His concerned dad, Stanley Greening, urged his son to go outside occasionally and get some exercise to no avail, he explained in a moving Facebook tribute to his son.

Louis complained of feeling unwell at the end of May.

Doctors thought he may have had a case of food poisoning, but a short time later Louis began to complain of leg pains.

He died on June 3 before paramedics could arrive at the family home in Bedfordshire, UK.

His father is now warning others about the dangers of becoming inactive over long periods of time in lockdown.

In the video below, Marvel Stadium guard tests positive to COVID-19

“On 3rd June something so awful happened, the worst imaginable thing to happen … My son, my dear Louis, has gone,” he wrote on Facebook.

“Not from the evil virus, but because of it.

Stanley said he was in a “living hell” after the death of his son.

“This damn lockdown,” he wrote.

“After being furloughed (given leave), he took to his gaming world to escape.

“Caught up in a virtual world, he became less active, so easily done.

“Hours fly by when absorbed by the screen. I have done it countless times myself.”

‘Caught up in a virtual world, he became less active, so easily done.’

Stanley said he never believed someone so young could die from a blood clot, associating the condition with older people or sitting on a plane for too long.

“As more and more of us are working from home, it is likely you are not getting out of your chair as much as you need,” he said.

“Stand up, walk around and please warn your kids.”

Stanley said there were mornings when he got up and realised his son had been online all night.

He said he had been “nagging” his son to get out more, but Louis asked to be left alone.

“This was so preventable,” Stanley said in an interview with BBC Three Counties Radio.

“These are the hidden victims during the lockdown.”