As Flybe announced the end of one of its key routes, Ryanair boss Michael O’Leary has compared the troubled regional airline to “British Leyland in the 1970s”.

On Tuesday, Flybe was rescued by a government deal that will provide a tax “holiday” on £10m in air passenger duty (APD) the airline owes.

Late on Thursday, it confirmed its Newquay-Heathrow service will finish on 28 March, with flights from Cornwall switching back to Gatwick.

The airline’s owners – a consortium comprising Virgin Atlantic, Stobart Group and a US investment fund, Cyrus Capital – have agreed to pump more cash into the loss-making airline.

But Michael O’Leary, chief executive of Ryanair, has predicted that Flybe will “inevitably” fold.

Speaking on the BBC’s Today programme, he said: “It’s clear no commercial bank would lend money to Flybe.

“So the government is stepping in here, lending them APD, which is unfair on all the other UK airlines, and all the shareholders have to do is put in another £27m.

“They confirmed they put in £110m last year, they’ve burned their way through that in 12 months, so £27m will be gone by the end of March, and then what?”

When the consortium announced its offer for Flybe in January 2019, they promised up to £100m in funding “to invest in its business and support its growth”.

But Mark Anderson, chief executive of Flybe, told staff this week “Our shareholders invested an awful lot of money, believing they fully understood the state of the business they’d bought.

“We were in worse shape than even the shareholders thought we were.

“Three-quarters of the money the shareholders invested was gone before we even really started. That has hurt this business and more money is needed.”

Mr O’Leary said: “Flybe is not a viable business, it never has been. It has lurched from reconstruction to reconstruction, and this is the government misusing state funds to discriminate in favour of Flybe.

“If Flybe folds, as it inevitably will, in exactly the same way as we did after Thomas Cook and after Monarch, Ryanair, easyJet, BA, Norwegian and others will step in.

“There will be no loss of regional services.”

Ryanair has given the chancellor a week to extend the same APD “holiday” to other UK airlines.

If Sajid Javid does not agree, Mr O’Leary said he would launch legal proceedings in the UK on competition law and in Brussels on European state-aid rules.

In a statement to parliament, the transport secretary Grant Shapps said: “HMG was notified about the difficulties of Flybe on 11 January, and since then we have worked intensively with the company to understand their financial position and explore options.

“In the light of these discussions the management and shareholders on 14 January took action to set Flybe on a recovery path.”

Michael O’Leary said: “They said the same thing about British Leyland in the 1970s.”

Despite containing profitable marques such as Jaguar, Rover and Land Rover, as well as the best-selling Mini, British Leyland had a troubled history, leading to its eventual collapse in 1975 and subsequent nationalisation.

After much restructuring and divestment of subsidiary companies, it was renamed as the Rover Group in 1986, later becoming a subsidiary of British Aerospace and subsequently, BMW.

The final surviving incarnation of the company as the MG Rover Group went into administration in 2005, bringing mass car production by British-owned manufacturers to an end.

The government has not published any details of the agreement to rescue Flybe, which it says is compliant with state-aid rules.

A Flybe spokesperson said of the deal: “This is a standard Time to Pay arrangement with HMRC that any business in financial difficulties may use.

“This agreement will only last a matter of months before all taxes and duties are paid in full.” 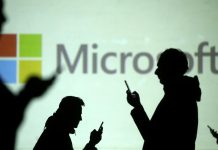 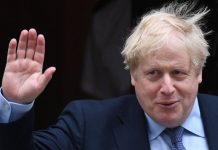