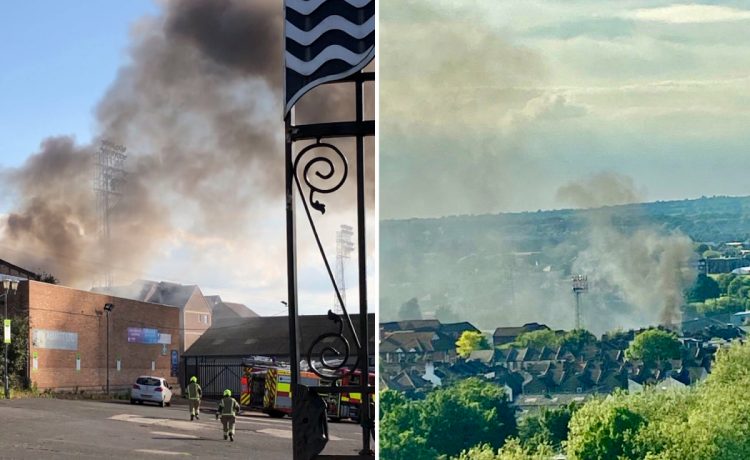 FOUR ENGINES are battling a blaze near to Southend United’s Roots Hall stadium.

Pictures from the scene show a huge cloud of black smoke coming from a building on Roots Hall Avenue.

It remains unclear whether it is the football stadium itself or a building next to it that is on fire.

Essex County Fire and Rescue Service have confirmed that the fire began at 5:45pm and happened at a commerical premises near Victoria Avenue.

A spokesman said: “Firefighters have been called to reports of a fire at a premises in Victoria Avenue, Southend this evening.

“Please avoid the area. If you live nearby, keep windows and doors closed.”

Local residents have reported seeing the smoke high up into the air from miles away.

People have been uploading pictures from the scene.

And they appear to show a mountain of waste on fire at the site.

Echo news say ‘the fire is centred on the corner of the car park near the South Stand of Roots Hall’.

A further statement confirmed: “Firefighters have reported that a large quantity of AstroTurf is alight, which is creating a significant amount of smoke.

“Crews are working hard to prevent the spread of the fire.”

Thesun.co.uk is your go to destination for the best celebrity news, football news, real-life stories, jaw-dropping pictures and must-see video. 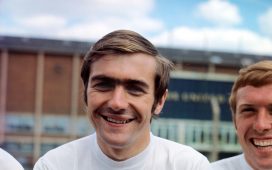