NewsGroove Uk
NewsGroove Uk > TV > Fans want a gay 'Bachelor' season with Colton Underwood, but it's not the right move. Here's why
TV 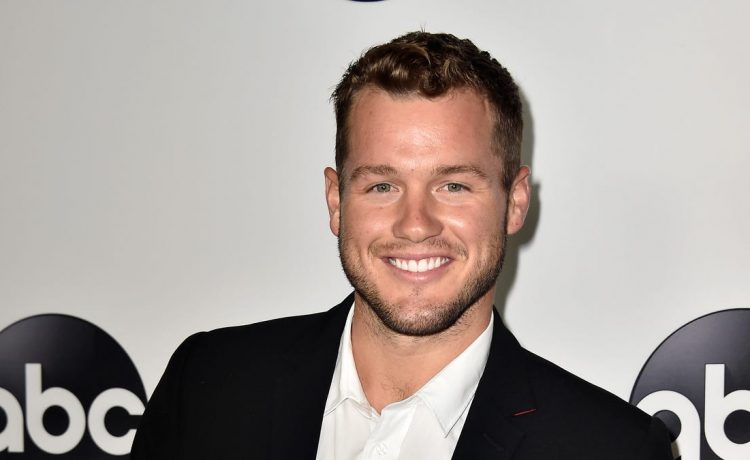 Former “Bachelor” Colton Underwood – you might remember him as the one who jumped the fence – came out as gay Wednesday morning on ABC’s “Good Morning America.”

Underwood’s revelation has renewed calls for a gay version of “The Bachelor,” which may sound like a great idea: After all, fans have long called for the show to feature an LGBTQ lead.

“I hated Colton’s season of The Bachelor but now that he’s out we should let him give it another go and find love with a man,” @victoriakusy wrote on Twitter. @DrAMPeddle wrote: “Okay, but like, can we have a new season of @BachelorABC with @colton ?? Where do I apply??!!”

But a gay season of “The Bachelor,” given the series’ lackluster track record when it comes to representation, would likely falter.

For the full story: Former ‘Bachelor’ star Colton Underwood comes out as gay

Why? In part because queer dating is not the same as straight dating, and the show’s format doesn’t lend itself to adequately exploring those differences. “The Bachelor” works because sparks constantly fly as contestants vie for the lead’s love. But for a gay season of the show to succeed from a representation standpoint, it would need to spend significant amount of time educating the audience about gay dating. Simply put, a raunchy reality show doesn’t feel like the right avenue for that.

READ  When is the next I’m A Celebrity elimination and who is favourite to leave the jungle first?

For example, straight dates don’t cover the coming out process, nor do they involve picking a location that is LGBTQ-friendly. One problem that many straight people may be unfamiliar with, too, is that a huge piece of queer dating for men involves baseline sexual compatibility. Explaining that to a mainstream audience isn’t impossible, but may be difficult to convey given network restrictions (“The Other Two,” a comedy series set to stream its next season on HBO Max, does a good job.)

Maybe the show’s contained environment could gloss over some of the particulars of queer dating and just focus on showing people falling in love – the goal of the franchise in the first place. Netflix’s “Dating Around” does that effectively on a smaller scale, in a docuseries format, and doesn’t follow couples beyond one episode. “The Bachelor” formula wouldn’t offer the same first-date charm week-to-week.

In case you missed: What will it take to fix ‘The Bachelor’ franchise’s racism?

We’ve been down this road before

Calls for a gay version of “The Bachelor” are nothing new – and the concept has been tried before. Think back to Logo‘s “Finding Prince Charming” and Bravo’s “Boy Meets Boy.” Both stalled after one season.

A queer season of MTV’s “Are You The One,” The Atlantic‘s Hannah Giorgis notes, was a good example of how a queer dating show could work, partially because of the flexible format. That show lent itself to contestants trying out many potential relationships, whereas “The Bachelor” doesn’t. Contestants on the same season of “The Bachelor” falling for each other works for offshoot “Bachelor in Paradise,” but not the original series.

“The Bachelor” showed it was capable of featuring a same-sex romance with Demi Burnett on “Bachelor in Paradise” in 2019. But it’s not like the franchise is the greatest depiction of straight courtship; dating someone for a few weeks and professing your love (or seeking a wedding proposal) isn’t exactly commonplace.

And “The Bachelor” has had highly publicized missteps with comments regarding the LGBTQ community. Former “Bachelor” Juan Pablo Galavis made inflammatory homophobic remarks (though he later apologized) at a Television Critics Association event in 2014. And that same year, then-host Chris Harrison questioned whether having a gay “Bachelor” would be a “good business decision” in an interview with The New York Times Magazine.

Attitudes toward acceptance have certainly shifted for the better since then, and the Supreme Court legalized gay marriage and prohibited employment discrimination for gay and transgender individuals. But a 2019  survey indicated that young people have become less tolerant of LGBTQ people. One statistic from that survey: 36% of young people indicated they were uncomfortable finding out that a family member was LGBTQ, up from 29% in 2017.

An antidote is featuring more LGBTQ people in media. But simply featuring a larger quantity of queer people doesn’t guarantee quality of representation.

More on this: Progress toward LGBTQ equality ‘is a jagged line.’ Here’s what has changed over the past decade.

Reps for Underwood did not immediately respond to a request for comment regarding reports he plans to star in a Netflix documentary series, according to Variety and People.

And as for whether Underwood should star in a new “Bachelor” season: A newly out person coming to terms with their sexual orientation may not be the candidate to fall in love on national television.

READ  Who is Anton Danyluk and where is the Love Island 2019 cast member from?

That said, every gay person’s coming out journey is their own – and Underwood’s truth could change hearts and minds.

As GLAAD’s head of talent, Anthony Allen Ramos, said in a statement: “Given the large and loyal fandom who know Colton from ‘The Bachelor,’ his coming out and discussion of his faith will hopefully open eyes to the millions of out and proud LGBTQ people.”

For kids: I wish I had an LGBTQ role model like JoJo Siwa growing up