Experiencing heartbreak? Here are 20 movies to help cope with your holiday breakup 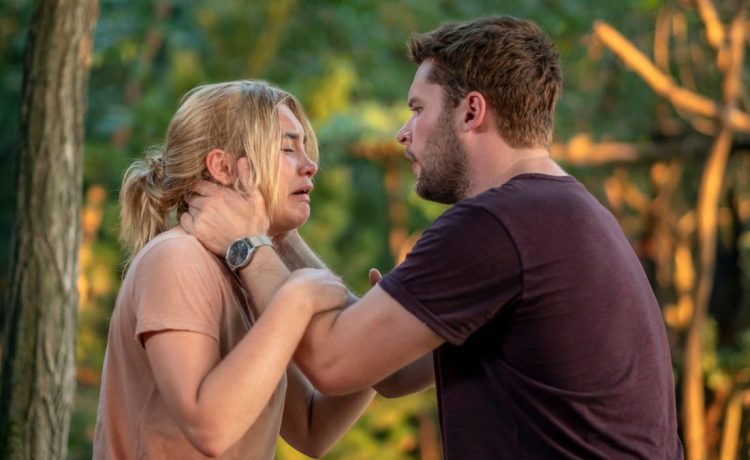 The annual barrage of meet-cute holiday movies may not be so feel-good if you just got dumped on Turkey Day.

Getting over a breakup, especially during a pandemic, isn’t always easy, but movies sure do help. Whether you watch with a handful of friends (socially distanced, of course) or by yourself snuggled up in pajamas, movies are a great distraction that allow you to let loose and take your mind off of you know who.

“Watching movies is like mind slush, mind numbing,” says Dorree Lynn, a celebrity psychotherapist and sexpert known to her fans as Dr. Dorree, who suggests watching uplifting films to ” ‘pig out’ for days without having to think.”

“Feel-good flicks help,” she advises. Many people who have just been dumped “tend to binge watch so that they don’t have to feel.”

Carmelia Ray, a celebrity matchmaker and star of the reality series “Mom vs Matchmaker,” notes that it’s common for relationships to end in December because of the intimate nature of the holiday season.

“For a lot of people who enter relationships because of ‘cuffing season’ before the holidays, they realize, ‘Well, this is just a casual relationship, not someone I necessarily want to introduce to my family,’ ” Ray says.

If you’re recovering from recent heartbreak this month, we’ve got your back! Here are 20 movies from the 2000s that’ll make you feel better about your breakup.

Kiss me through the phone: Having fun with your long-distance relationship during the pandemic

Elle Woods (Reese Witherspoon) has the ultimate response to her unexpected breakup (of course, after initially coping with crying and chocolates): going to Harvard Law School.

If you think your ex is bad, try breaking up with a clingy superhero (played by Uma Thurman).

This classic drama (based on a true story) teaches viewers that happiness is something that can take time to find, but when you have it, boy, does it feel great.

What’s worse than being dumped by your cool TV star girlfriend? Seeing her and her new boyfriend during your vacation.

It’s a love story, but also the exact opposite of a love story, as the rom-com starring Joseph Gordon-Levitt and Zooey Deschanel explores how impossible the cliched “perfect romance” is.

A zombie chick (Megan Fox) who seduces boys then eats them? Yes, please!

Scott Pilgrim (Michael Cera) not only has to meet the exes of his new girlfriend (Mary Elizabeth Winstead), but he also must defeat all of seven of them.

READ  ‘The Batman’ Villains Revealed: Here’s Who Robert Pattinson Will Be Fighting

Watch a series of interconnected love (and breakup) stories between characters (Jessica Alba, Jessica Biel and Bradley Cooper among them) who hilariously attempt to navigate the romantic holiday.

Kristen Wiig shows us that being single isn’t all too bad (with a few questionable moments) when her best friend (Maya Rudolph) asks her to be her maid of honor.

Nick Dunne (Ben Affleck) learns that all relationships aren’t perfect when he uncovers the dark truth behind the sudden disappearance of his wife (Rosamund Pike).

Two lovers (Ryan Gosling and Emma Stone) learn that sometimes, your ideal future might not include your significant other.

A movie with a relatable life lesson: One of the best sources of happiness is your support system. Four best friends who have grown apart (Regina Hall, Tiffany Haddish, Jada Pinkett Smith and Queen Latifah) reunite when a work vacation turns into a dance- and drink-filled girls trip.

Meeting the girlfriend’s parents goes totally wrong for Chris (Daniel Kaluuya), who discovers the disturbing truth about their weekend getaway.

‘Get Out’: Why ‘Get Out’ is the future of the Oscars

An angsty teenage girl (Saoirse Ronan) is applying to colleges, meeting boys (and dumping them) and hilariously bickering with her overprotective mom. What’s more relatable than that?

READ  Oscars 2020: Why the ‘Parasite’ Best Picture Win Was Revolutionary

An unexpected relationship forms between a teen (Timothée Chalamet) and an older grad student (Armie Hammer) to teach viewers an important lesson about the feelings of confusion and pain that accompany heartbreak.

Review: ‘Call Me By Your Name’ is a first-love story to savor

Along with its all-star female cast (Lili Reinhart, Jennifer Lopez, Keke Palmer, Constance Wu, Cardi B), “Hustlers” examines the importance of friendship, self-worth and female solidarity while exploring the nuances of the stripping profession.

Sometimes, it takes a violent cult and multiple tragedies to allow you to realize how unrequited your relationship is. At least that’s the case for Dani (Florence Pugh).

Review: ‘Midsommar’ is a nightmarish take on a toxic relationship

A woman (Elisabeth Moss) leaves her abusive relationship only to be tormented and stalked by her husband (Oliver Jackson-Cohen) wearing an invisible suit.

A serial monogamist (Fulu Mugovhani) is forced to confront life as a single woman with the help of her bestie (Tumi Morake).

‘Travel is the best remedy’: Heal your broken heart on a breakup trip

Breakups: Olivia Wilde calls her children with Jason Sudeikis ‘my everythings’ after the couple’s breakup