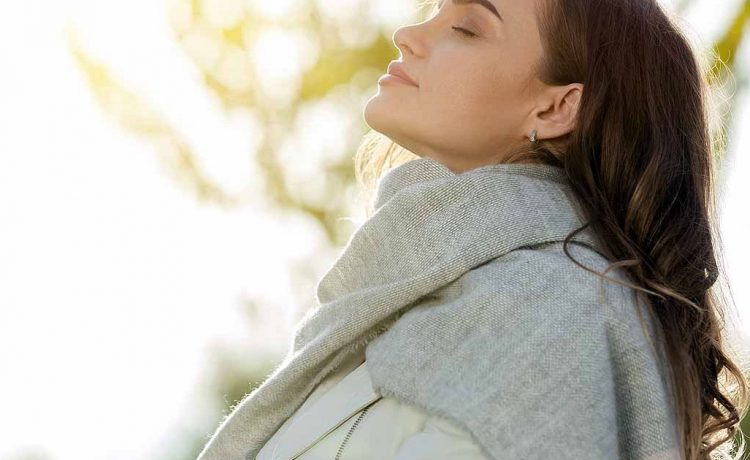 As the temperatures dip, people who live with joint and bone conditions such as arthritis can feel more discomfort than they do in summer. But in reality, could those problems actually be down to a lack of the ‘sunshine vitamin’ in the dark winter months?

“Vitamin D helps regulate the amount of calcium and phosphorus in our bodies and is crucial for bone and muscle function,” says Dr Marilyn Glenville, nutritionist and author of Osteoporosis: How To Prevent, Treat and Reverse It.

“It may also have anti-inflammatory effects. As a result, it’s believed vitamin D plays a role in relieving joint pain, ­particularly where inflammation is the cause. It can also help prevent osteoporosis, which weakens the bones.”

One study, published in 2017, showed that adults over 50 who had a moderate ­vitamin D deficiency were more likely to develop knee pain over five years and hip pain over two years.

Have you experienced vitamin D deficiency? Share your stories and health tips in the comments below…

The research suggested that correcting this deficiency could reduce the pain or stop it worsening.

How a lack of vitamin D affects the body

A clinical paper in the British Medical Journal revealed that more than 50 per cent of adults in Britain have vitamin D levels that are too low, with 16 per cent being severely deficient in winter.

Yet vitamin D plays a vital role in boosting our immune systems and it has even been suggested that it could help fight Covid-19.

READ  CBT therapy: What is Cognitive Behavioural Therapy and how can it help anxiety, depression and pain?

So if you feel you’re often ill with colds or the flu it could well be due to a deficiency. A lack of vitamin D can cause tiredness and fatigue as well as hair loss.

Other symptoms include respiratory issues, numbness, depression and low mood, specifically seasonal affective disorder (SAD). Most significantly, a lack of vitamin D can lead to muscle pain, bone loss and pains in the bones, especially in the lower back.

One study that looked at skeletal pain showed that those with a vitamin D deficiency, ­particularly in women, were more likely to suffer from pain in their legs, ribs and joints.

Given the importance of vitamin D for bone health, it’s hardly surprising to hear it also has an impact on conditions such as rheumatoid arthritis and osteoporosis.

Research on patients with the autoimmune condition rheumatoid arthritis showed that most of the participants had low levels of the vitamin. However, it is unclear why this is. Some medical professionals believe that low vitamin D levels are a complication of rheumatoid arthritis itself, while other studies suggest that depleted vitamin levels are actually caused by the corticosteroid medicines taken by sufferers of the disease.

According to US non-profit group Arthritis Foundation, people who take oral steroids are twice as likely to have a vitamin D deficiency as those who don’t.

“Not only is vitamin D deficiency highly prevalent in rheumatoid arthritis patients but it’s also related to chronic pain and a lower mental and physical health,” says Dr Glenville.

“Another study revealed that a higher intake of vitamin D and omega-3 fatty acids may achieve better treatment results in patients with early rheumatoid arthritis.

“A lack of vitamin D causes a person’s bones to soften and become weak,” she adds.

“This is called osteomalacia in adults and rickets in children.”

These disorders can cause the skeleton to bow and in older patients can lead to fractures.

In children, rickets can cause stunted growth and in severe cases, skeletal deformities.

Alarmingly, hospitalisation rates for rickets are at their highest level in half a century.

Can we reverse the problem?

In 2016, Public Health England recommended that everyone in the UK should take a vitamin D ­supplement during the autumn and winter. It also said those at most risk of deficiency, for example children, older people and those in black, Asian and minority ethnic groups, should take them all year round.

“We can only get around 10 per cent of our vitamin D from our diet,” explains Dr Glenville.

Everyone should take 10 micrograms of vitamin D per day but unlike other countries such as Finland and Sweden, the UK doesn’t fortify common foods such as bread and milk with the vitamin. However, you can increase your intake by eating plenty of oily fish, red meat, liver, egg yolks and fortified breakfast cereals.

Additionally, it’s vital to get outdoors as often as possible in the warmer months.

Recently, a research group from the University of Manchester recommended the “little and often” approach for sunlight exposure to ensure we get enough vitamin D without increasing the risk of skin cancer.

READ  Italy on holiday: a day at the beach in the Cilento

For those with fair skin this would equate to 10 to 15 minutes of daily exposure to the sun during the spring and summer, whereas those with darker skin would need 25 to 40 minutes per day.

“Most people with a vitamin D deficiency are unaware they have it so I’d recommend that anyone who has joint aches and pains get their levels checked,” says Dr Glenville.

“When choosing a supplement make sure it’s in the D3 form and ideally a liquid as it aids ­absorption. However, too much vitamin D can cause toxicity, so it’s better to stick to the daily ­recommendation of
10 micrograms per day and take it regularly rather than high dose supplements more sporadically.”

What can I do about fatigue?

“Studies have shown the positive effect of physical activity on energy levels, making it one of the best ways to deal with tiredness,” says registered nutritionist Elizabeth Stewart for supplements provider Vitl.

“Whether it’s 10 minutes of yoga in your bedroom or a walk around the block, moving is also so important for mental health as well as physical, especially during lockdown.”

“It’s important to get enough fresh and wholefoods, rich in vitamins and minerals, as well as protein, carbs and healthy fats. Carb-rich foods such as potatoes, wholemeal bread and rice, and protein can sustain energy levels and help you feel fuller for longer. And eat foods that promote healthy gut health, such as chicory, to avoid bowel syndromes, such as IBS, which can impact energy levels.

If you’re unusually tired and nothing is helping, talk to your GP.