EX Cabinet Minister Owen Paterson WON’T be suspended from the Commons after Tory MPs tonight voted down his sleaze ban.

A furious row erupted in Parliament after Boris Johnson tore up the rulebook to save his Conservative colleague from a month’s suspension.

The Prime Minister wielded his big majority to protect the former Environment Secretary from a 30-day Commons ban handed down by the standards watchdog.

There were shouts from the Labour side of “shame” and “what have you done to this place” as the motion narrowly passed by 250 to 232.

After the vote Mr Paterson said: “After two years of hell, I now have the opportunity to clear my name.”

Mr Paterson was found to have breached rules by using his job as an MP to lobby ministers and officials for two companies that paid him £112,000 as a consultant.

The cross-party standards committee of MPs recommended he be suspended from the Commons for the “egregious case of paid advocacy.”

North Shropshire MP Mr Paterson strongly rejected the ruling – blaming the “torturous” two-year probe for his wife Rose’s suicide – and has fumed that he wasn’t allowed to appeal.

Tonight Tory MPs carried out a dramatic plot to launch a wider shake up of the standards system that would let Mr Paterson off the hook for now.

They voted for an amendment led by ex Cabinet Minister Andrea Leadsom to “express concern about potential defects in the standards system and
therefore declines to consider the report at this time”.

It would also create a separate select committee of MPs – with a Tory majority – to consider the entire way sleaze probes work.

Ms Leadsom admonished the current system for letting an unelected commissioner rule on elected MPs and compared it to a “dictatorship”.

But deputy Labour leader Angela Rayner accused the Government of concocting a “grubby little stitch up” to save Mr Paterson’s career.

Chris Bryant, chair of the standards committee which recommended the ban, said the vote would “drive a coach and horses through our standards system”.

He said: “There have been times when I have been ashamed of being a member of this House. I don’t want to go back to that.”

Labour and the SNP have vowed to boycott the new select committee.

Mr Johnson insisted paid lobbying in the Commons “is wrong” and that MPs “who are found guilty of that should apologise and pay the necessary penalties”.

“But that is not the issue in this case or this vote that is before us.”

This will drive a coach and horses through our standards system

Several Tory MPs broke ranks and refused to vote with the PM to spare Mr Paterson.

Tory MP Aaron Bell said: “By bringing the amendment today, it looks like we are moving the goalposts.”

Conservative Simone Hoare raged: “I’m sure many of us in this house, on both sides, find these whole procedures unedifying and somewhat embarrassing.”

Longest-serving MP Sir Peter Bottomley said: “We chose the system we are now using. If we want to consider changing it, we do it in a proper way instead of considering it in the way we are now.”

Some 25,000 people have already signed a petition condemning the government.

In a statement Mr Paterson said: “I am extremely grateful to the PM, the Leader of the House and my colleagues for ensuring that fundamental changes will be made to internal Parliamentary systems of justice.

“I hope that no other MP will ever again be subject to this shockingly inadequate process.”

The row started after an investigation by Commons chief sleaze-buster Kathryn Stone found that Mr Paterson breached rules by lobbying for two firms that paid him £112,000.

Ms Stone says he contacted government ministers and officials on behalf of lab firm Randox and meat supplier Lynn’s Country Foods in a way that could have benefitted them.

Case for the defence

Mr Paterson denies almost all wrongdoing and has tore into Ms Stone and the investigation into him.

He claims he used the meetings to raise issues of public health such as contaminated milk – which he says he discovered through his work with the companies but was not seeking to make them money.

The MP has directly attacked Ms Stone for only speaking with him after she had made up her mind and for refusing to call 17 of his witnesses who he says would exonerate him.

Mr Paterson said the two-year probe was so distressing it helped drive his wife Rose to suicide in the summer of last year. 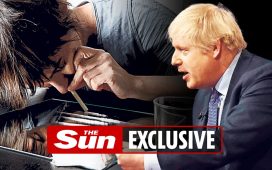 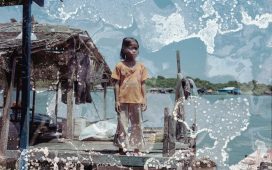 Children on the frontline of the climate crisis