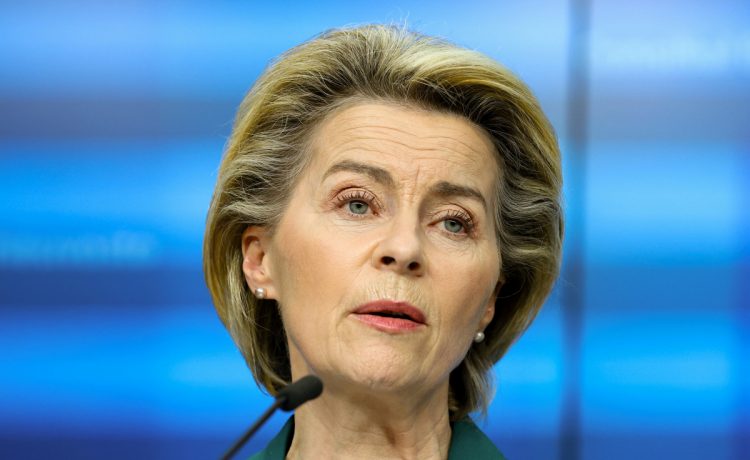 In a joint offensive Belgium, the Netherlands, and Sweden ordered the Brussels chief not to stop jabs bound for the UK unless they agree.

And they are urging her to do a deal with Boris Johnson to head off the threat of a devastating tit-for-tat vaccines war.

The trio, along with Ireland, are openly opposed to the top eurocrat’s move to toughen up the bloc’s existing export ban.

They say the threat has already had the desired effect of “pressuring” No 10 to come to the table about sharing supplies.

Belgium and the Netherlands are two of Europe’s biggest vaccine producers, and host Pfizer and AstraZeneca factories.

The leaders warn further curbs risk “harming the relationship” with Britain in their joint statement to Mrs von der Leyen, seen by The Sun.

It says the move “might inadvertently start a negative spiral of export restrictions that will hamper the EU’s own production and distribution”.

And it adds: “For as long as this regulation is in force the Netherlands, Sweden, and Belgium call for restraint in applying the new criteria.”

Other countries are also worried about the export ban plan, including Germany.

Angela Merkel has reluctantly agreed to support it but insists the powers should only be used as “a measure of last resort”.

But in a sign of desperation Berlin revealed it’s now opened talks with the makers of the Sputnik jab behind Brussels’ back.

France is one of the main cheerleaders for the plan and has taken the hardest stance on deliveries to Britain.

Europe minister Clement Beaune insisted the bloc will stop shipments of AstraZeneca until it starts getting supplies from UK factories.

He said: “We will deliver if we are delivered to. It’s about reciprocity, it’s about defending our interests, Europe is not naive.”

A UK Government spokeswoman said No 10 is confident Britain will have all the supplies it needs to vaccinate the whole population.

Frantic search for missing twins, 13, who disappeared five days ago

OAP stabbed to death and woman in her 60s critical as man, 34, arrested

She said: “Producing vaccines is an international endeavour and the UK is proud to be playing a leading role in the global effort to develop and distribute the Coronavirus vaccine.

“We are continuing to make exceptional progress through the roll out of our vaccination programme and remain confident in our supplies.”

The continent’s snail-paced rollout finally showed signs of spurting into life yesterday as Germany announced a record day of jabbing.

It vaccinated 656,000 people in 24 hours, with France and Spain also reporting a signifiant uptick in their delivery of doses.