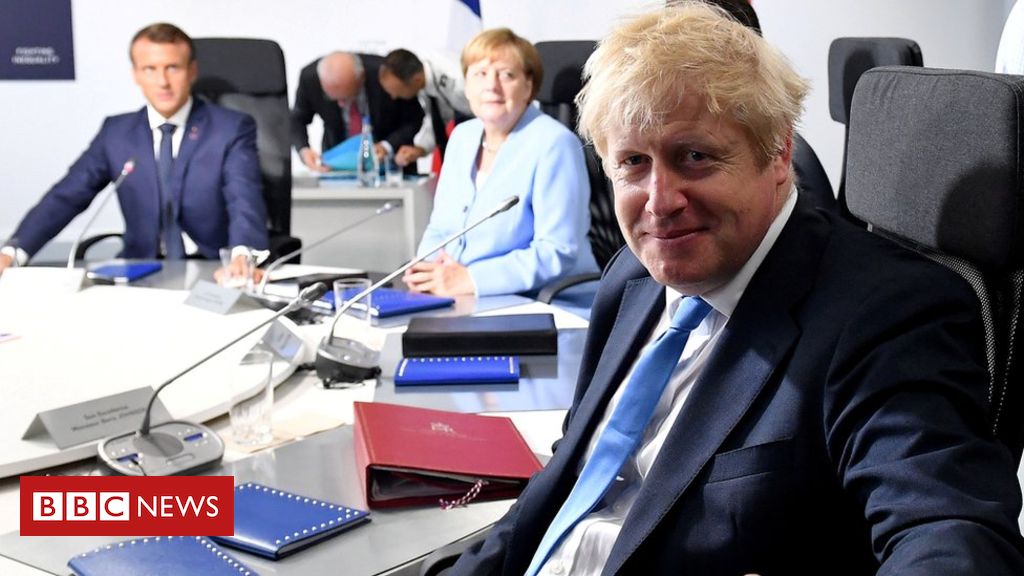 What EU leaders care about most as they handle Britain’s departure is whether the UK is going to leave with a deal or without one. And they would obviously prefer the first over the second.

That’s why German Chancellor Angela Merkel and French President Emmanuel Macron sounded fairly enthusiastic when Boris Johnson went to Berlin and Paris last week to talk about getting an agreement, even if they were sceptical that there is a different deal to be agreed.

So why are they not saying anything on the day the prime minister announces the suspension of Parliament in September?

First of all, it is a domestic political matter which means it would be a tricky one for them to get involved with anyway.

But mostly they don’t want to reinforce the idea put forward by Boris Johnson that he will secure better terms from the EU by staging a battle with Parliament in September to permanently kill off a no-deal Brexit or the idea of the UK remaining in the EU.

In the words of one senior EU official: “Whatever happens, the EU was never going to change its position because no deal becomes ‘more credible’ or opponents of ‘no deal’ get better organised.”

They do not want to give the impression there is a nicer Withdrawal Agreement in a drawer somewhere to be pulled out if only the government’s opponents could be vanquished.

The EU’s negotiators believe the scuffles between the government and their opponents could continue until the very last minute, 31 October.

What ultimately matters to Brussels is whether there’s a majority at Westminster for a slightly revised Brexit deal, or whether MPs force the whole process to be extended again.

Instead reaction has come from European politicians who have less influence than national leaders and who have focused on how this makes the UK look as a democracy, not what it means for Brexit.

For example, the European Parliament’s Brexit co-ordinator Guy Verhofstadt, who cited the winning slogan from the referendum campaign when he said “‘Taking back control’ never looked so sinister.”

The French European minister turned MEP Nathalie Loiseau talked of a British “disease” which appeared to stop it having a debate about a momentous decision.

To the EU, the prorogation of Parliament is noise. A very loud one, but still noise.

READ  Minister: Ditch outdated views of veterans to help them into jobs
Share on FacebookShare on TwitterShare on PinterestShare on Reddit
newsgrooveAugust 28, 2019