Engelbert Humperdinck has paid tribute to his late wife on what would have been their wedding anniversary.

Patricia, who married the singer in 1964, died in February after contracting coronavirus. She had fought Alzheimer’s Disease for more than a decade.

Marking their anniversary on Monday, Engelbert, 84, shared a black and white photo of them together on Twitter.

Using his wife’s nickname, he wrote: ‘You may not be beside me but you are right here in my heart. I miss you every day and especially today. Happy Anniversary Popea. I love you.’

Fans of the veteran performer sent messages of support, with one writing: ‘Patricia will always be here watching over her family.’

Engelbert, real name Arnold George Dorsey, announced his wife had died at their home in Los Angeles in February this year.

He revealed she was surrounded by three of their four children when she died, with the fourth on video call.

Engelbert added that her ‘battle with Alzheimer’s was brave from the very beginning’ and that ‘she never resisted as we tried to leave no stone unturned’.

The couple were married before Engelbert made his professional debut and became an international heartthrob and they lived between the UK and America.

Engelbert topped the UK singles chart with Release Me and The Last Waltz in the late 1960s.

He also represented the UK at the Eurovision Song Contest in 2012 with Love Will Set You Free, finishing second last.


MORE : Blur star Damon Albarn ‘splashes out on £65k Range Rover after passing driving test at 52 so he can get around Devon’

READ  Laura Dern and Carrie Fisher had more things in common with each other than we thought
Share on FacebookShare on TwitterShare on PinterestShare on Reddit
newsgrooveApril 19, 2021 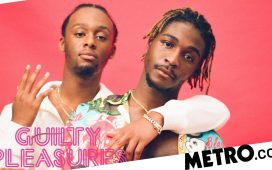