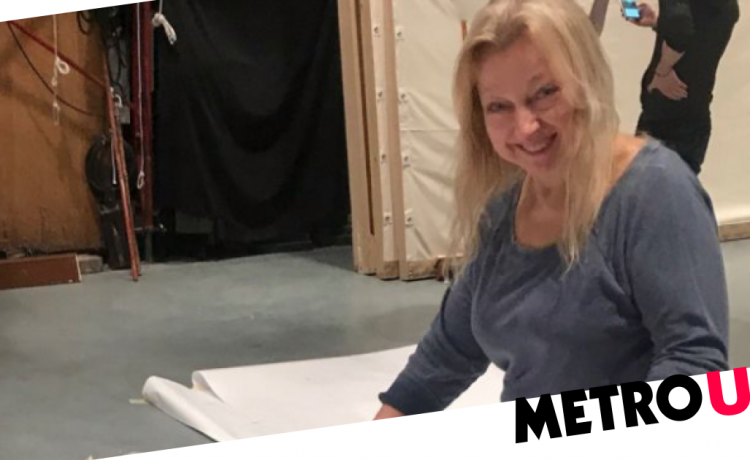 An Emmy award-winning production designer has been found dead under rubbish in her home, six months after she was last seen alive.

Evelyn Sakash was found dead aged 66 on Tuesday, lying on her kitchen floor in her New York City home, buried by garbage, an NYPD spokesperson confirmed.

Sakash was found by her sister Ellen Brown, who had hired a cleaning crew to clear out her home in Queens and look for her.

Along with the cleaning crew, Brown found Sakash at around 4.15pm.

Police said that the medical examiner’s officer is working to determine Sakash’s cause of death, although authorities do not suspect that criminality is involved at this time.

Sakash was known to have struggled with hoarding, but Brown said she did not want her sister to onlu be remembered as that.

She told the New York Daily News: ‘This is just devastating. She had a full life. She was so extraordinarily talented. She was a brilliant mind … I don’t want my sister to be remembered like that, like the way she was found.

‘This was clearly in effect for a long time. She sometimes kept people at bay. The headline says “Queens hoarder,” but that’s not who she is.’

Brown added that she was the ‘first person to step up’ if her friends needed help, and called her ‘so generous’, saying: ‘I want all of that to be the final testament, and not that she was found in a bad condition.’

Sakash had last been seen alive on September 30, 2020, and a missing persons report was filed.

A GoFundMe page had been set up in the hopes of finding Sakash, with her sister Madeleine writing: ‘Evelyn’s sister Ellen Brown has been paying out of pocket to supplement law enforcements’ investigative resources.  So many of us have asked, “what can I do to help?”. Please consider making a donation to this Go Fund Me page so Ellen and the rest of Evelyn’s family can find the answers they desperately seek. With the cold weather upon us, it is more important than ever to find Evelyn and reunite her with everyone who loves her.’

In an update yesterday, Madeleine wrote: ‘Dearest loved ones of Evelyn. Our beautiful sister Evelyn was found deceased in her home yesterday, Tuesday March 30th. At this time, a cause of death has not been determined.

‘Evelyn’s sister Ellen Brown has retained the cleaning company that found her and must now plan Evelyn’s funeral as well. I would like to double the Go Fund Me fundraising goal to $20,000 to assist Ellen with these expenses, which will be large. Please consider making a donation in Evelyn’s memory so we can support Ellen and remember her as the kind, loving, and generous friend and sister we live and will miss so. Thank you!’

Sakash had a successful 30-year career as a set decorator and production designer, and won a Daytime Creative Arts Emmy for outstanding achievement in art direction/set decoration/scenic design in 2003 for her work in Between the Lions, before landing another nomination the following year.

She also worked on Orange Is The New Black, Allegra’s Window and Law & Order: Criminal Intent, as well as the films Mermaids, Still Alice and Made In America.


MORE : Russell Crowe devastated as his father John Alexander dies aged 85: ‘This date will forever be tinged with sadness’


MORE : Reverend Richard Coles confirms husband David died from alcoholism: ‘It was tough to watch someone you love destroy himself’

READ  Kit Harington: ‘We’ve mucked it up!’ Game of Thrones’ Jon Snow star on season 8 anguish
Share on FacebookShare on TwitterShare on PinterestShare on Reddit
newsgrooveApril 1, 2021