Like most people around the world, Emma Roberts has been cooped up at home during the coronavirus quarantines.

But on Saturday, the American Horror Story actress took a break from her self-sequester and headed out for some supplies.

She was nearly unrecognizable when she walked up to the entrance of the grocery store in the Los Feliz neighborhood of Los Angeles wearing a black protective mask and dark sunglasses.

Scroll down to video 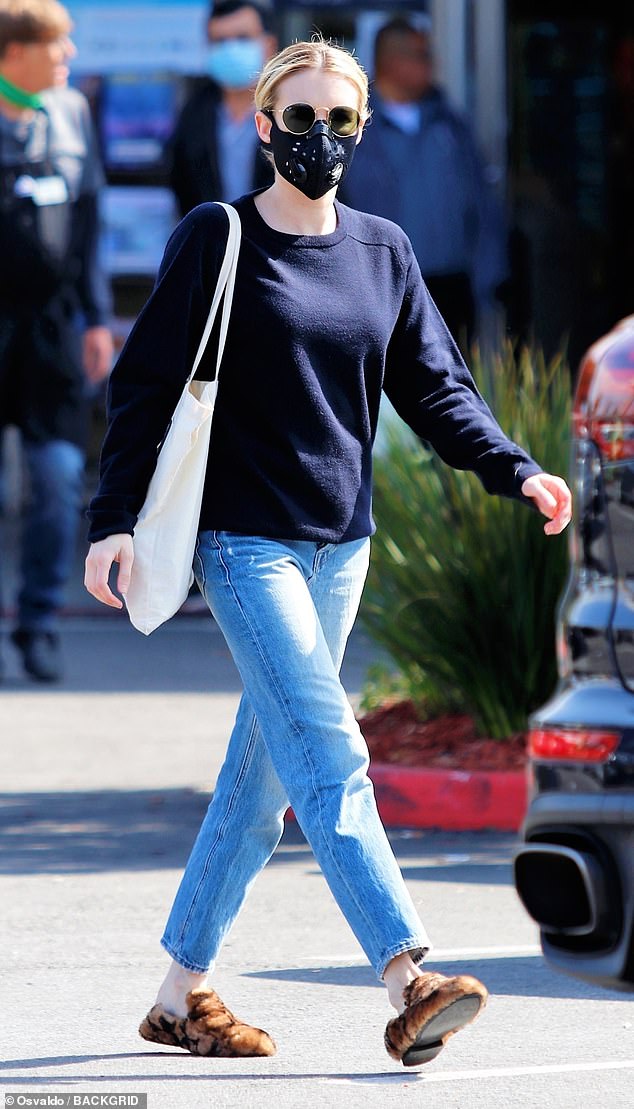 Incognito: Emma Roberts was nearly unrecognizable when she went to pick up some groceries wearing a protective mask and dark sunglasses in Los Angeles on Saturday

In keeping with the casual mode nearly everyone seems to be in in recent weeks, Roberts stepped out in light blue denim jeans and a dark sweatshirt.

She also donned brown furry slippers without socks as she carried a white bag over her right shoulder.

On this afternoon, the Scream Queens star, 29, pulled her blonde tresses back off of her face and into a ponytail. 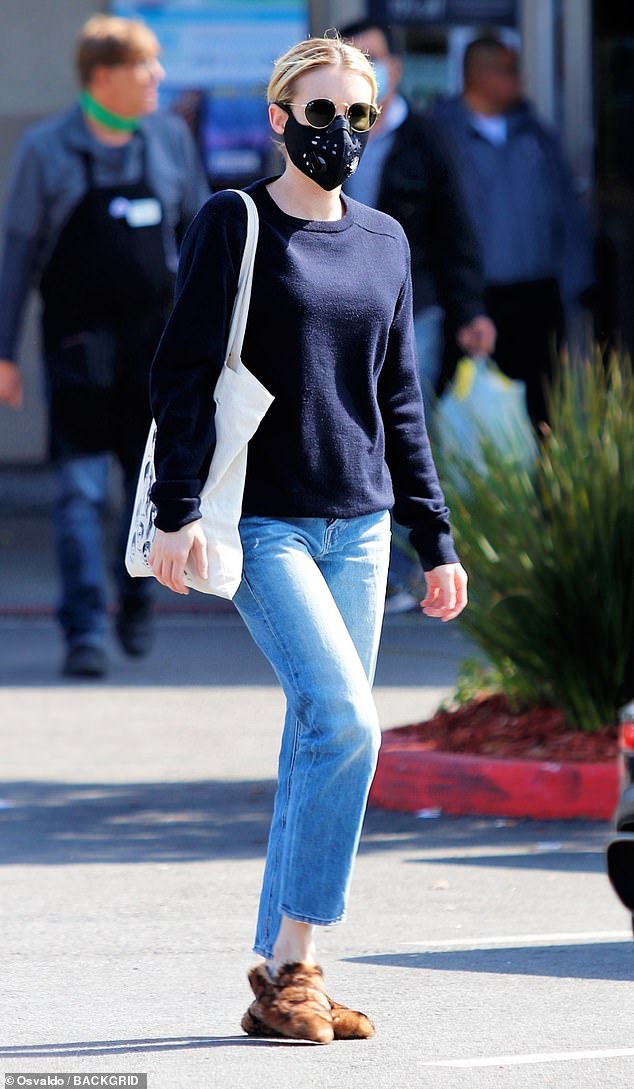 The American Horror Story actress, 29, wore a protective mask and dark sunglasses when she arrived at a grocery store in the Los Feliz neighborhood of LA

It turns out Roberts had just a few coveted items in mind for purchase before she headed out.

After browsing for a short time, the niece of screen legend Julia Roberts reappeared pushing a cart full of paper towels and toilet paper.

She also bought a few choice other smaller items that were in a bag secured in the cart.

For the walk to her car, Roberts opted to not wear her sunglasses. 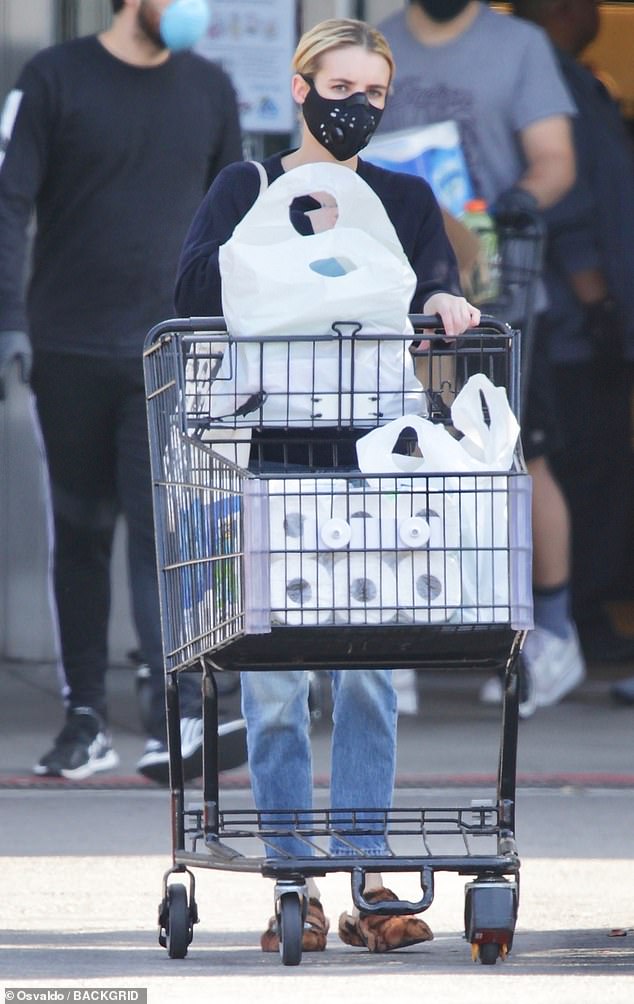 Most recently Roberts played the role of Brooke Thompson in the latest in America Horror Story anthology series, dubbed 1984.

She also starred in the horror-thriller film, The Hunt, that had its September 2019 premiere date delayed due to the mass shootings in Dayton and El Paso.

It eventually made its theatrical release in March but that was cut short due to the coronavirus outbreak that resulted in theaters closing.

The release of her upcoming romantic comedy film, The Holidate, is also now in limbo due to the pandemic. 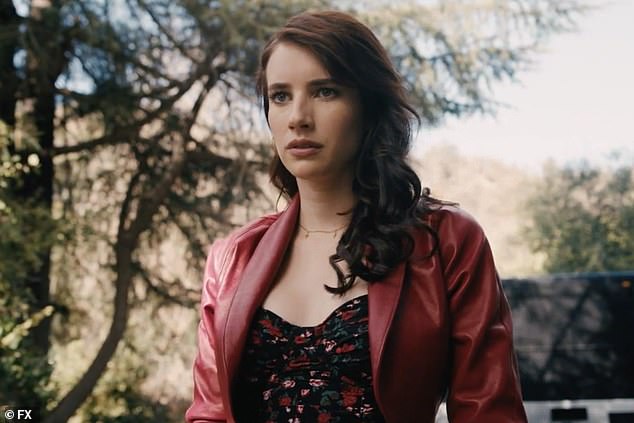 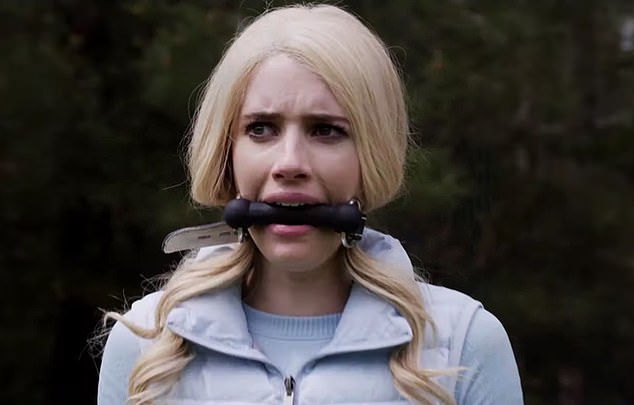 Doomed: Roberts’ horror-thriller film, The Hunt, had its Sept 2019 premiere date delayed due to two mass shootings, and it’s theatrical was run cut short by the coronavirus pandemic

Prada says May sales are up 10 percent in China

Instant Opinion: Boris Johnson ‘sacrificed too much’ for Dominic Cummings