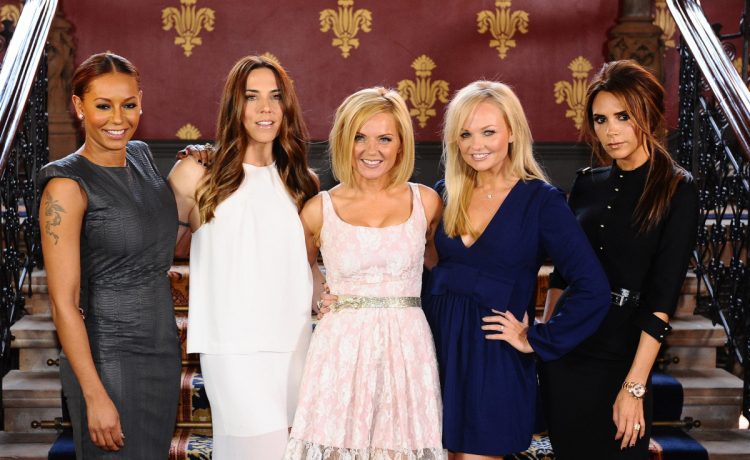 EMMA Bunton has revealed she had a secret reunion with her Spice Girls pals – including Victoria Beckham.

The singer recently reflected on the band’s reunion tour last summer, which saw them performing at sold-out venues around the UK and Ireland.

And now the 44-year-old revealed on her Sunday radio show on Heart that she reunited with the girls as lockdown restrictions ease around the country.

Emma shared: “Now as things slowly, slowly start to get back to normal and we’ve all started to meet up with friends again haven’t we?

“Which is strange…..I actually started to think I would never see them again….well unless it was on Zoom calls.

“And this week, yes, I finally got to meet up with Geri, Mel B, Mel C and Victoria!” she divulged.

However, Emma admitted that the fivesome swapped high heels and cocktail bars for wellies and a socially-distanced walk in the woods.

“Now you may think we propped up a bar somewhere or had drinks in the garden but no!” she laughed.

“We went on a social distancing walk in the woods, yes!

Continuing: “This time last year we were performing at Wembley all glammed up….well this year we was in wellies… walking in the rain…

“Yes, something you don’t see every day – five Spice Girls in their wellies!”

The band’s catch-up comes after it is believed Victoria has rejected offers to join the Spice Girls for their 25th anniversary reunion.

The fashion designer isn’t going to be re-joining the group on stage to mark the occasion.

According to The Daily Star, it’s thought the foursome will be taking to the road – without Posh.

A source close to Victoria tells The Sun Online: “Victoria loves the girls but has other commitments meaning she isn’t able to go on tour.”

But Victoria still refuses to take part despite making more money from the band last year than her failing fashion label.

Fans will be devastated to hear that the artist formerly known as Posh Spice won’t be collaborating with her former bandmates to mark 25 years of them being on stage.

Spice singers Emma, Mel B, Mel C, and Geri Horner will have to do so without the fifth member of the band.

But it’s not the first time she has shunned offers to join a Spice Girls reunion tour – but the decision didn’t come easily.

BECK OF A FORTUNE

READ  Why did Solange Knowles cancel her Coachella 2019 performance and how is she related to Beyonce?

The fashion guru told Vogue Germany: “It took me a lot of courage not to go on tour with the Spice Girls again.”

Back in March, Scary Spice Mel B admitted she thought the last tour was too short, saying in a live stream: “I think 13 shows was too short, even though we did not set out to do more than one. I hope we do more.”

Tune into Emma Bunton on Heart every Sunday 7-10pm.