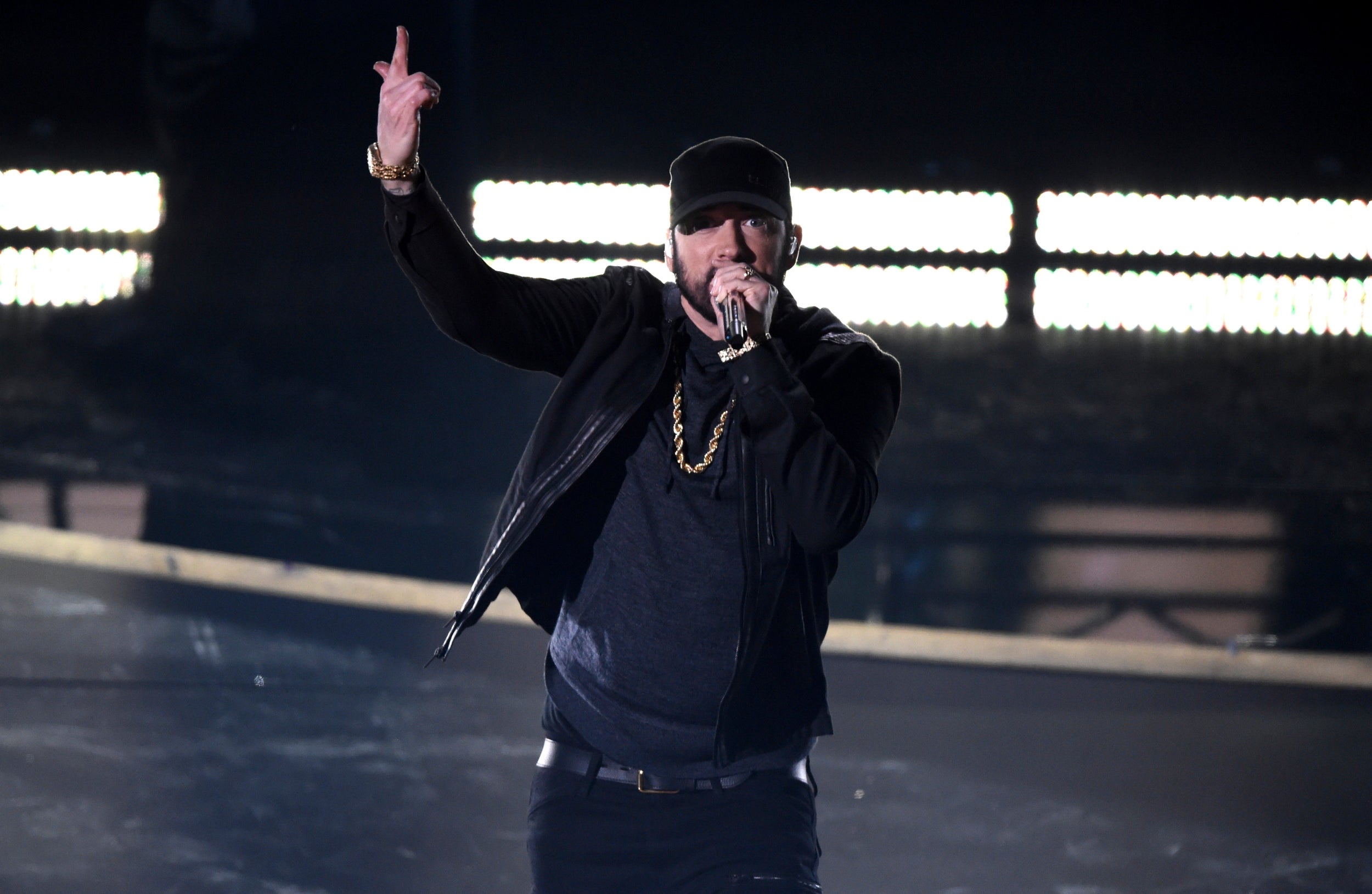 Eminem has taken a swipe at police in a new song that references George Floyd’s killing.

The rapper has teamed up with Kid Cudi on The Adventures of Moon Man and Slim Shady, which finds the pair addressing topics such as Covid-19 and police brutality.

“Prayers for George Floyd and Ahmaud Arbery / How the f**k is it that so many cops are dirty?” Eminem raps.

In another line, he says: “Half of us walking around like a zombie apocalypse / Other half are just pissed off and don’t want to wear a mask.”

Kid Cudi references his time in rehab and how it helped him “figure out another plan.”

The song marks Eminem and Kid Cudi’s first time rapping together on a track, having previously collaborated when Eminem produced Kid Cudi’s song with Lil B, I Hear Them Calling Me.

Kid Cudi announced the song on Twitter with a video from his daughter Vada.

“And now a word from Princess Vada the chosen…” he wrote.

Eminem released his latest album Music to be Murdered By in January, receiving criticism for lyrics that referred to the 2017 terror attack at an Ariana Grande concert in Manchester.

Kid Cudi returned this year with his new solo single Leader of the Delinquents, and released a collaboration with Travis Scott called THE SCOTTS.

He will also star in the upcoming HBO series We Are Who We Are, directed by Luca Guadagnino.