Emily Atack: 'I wish my mental health was stronger' I'm A Celeb star opens up 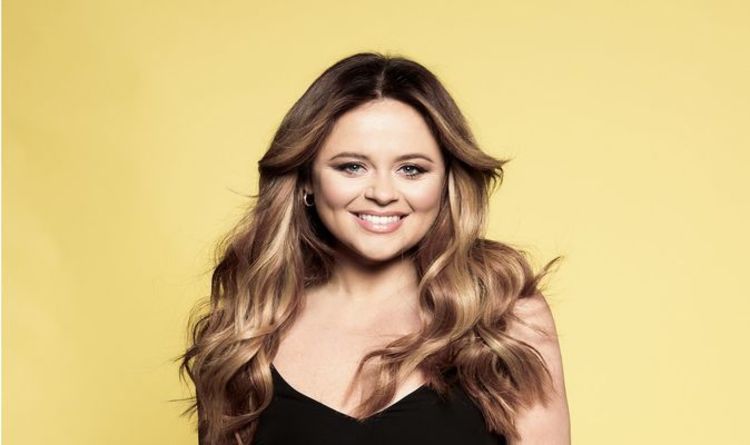 The actress and I’m A Celebrity star, 30, is the daughter of Kate Robbins and Keith Atack and lives in London

Not a lot of people know this but I’m very good at… singing. I love it so much. When I was little I wanted to be a singer – that was my first dream – and then I watched my parents be pop stars and thought, “No, it’s too hard!”

My best friend is… my sister, Martha. We call each other “twin souls” because we think that even though we’re not twins, we must be. You know when people say that if one of them hurts themselves, the other one feels the pain? That’s exactly what we’re like. She knows how I’m feeling about everything and we’re so in tune. I’m so lucky.

My nickname is… Em. And there’s a group of guys that I hang around with that call me Emililly.

The bravest thing I’ve ever done is… jump out of a plane into a jungle. But it was like a metaphor for my life as well. I was saying goodbye to my old life and jumping into my new one.

My favourite TV show is… The Office. UK version, obviously. It’s the best thing in the world. I love every single thing that Ricky Gervais does. I’ve met him a few times now and each time I’m still just as starstruck. One of my dreams in life is to work with him.

My perfect evening would be… dinner and drinks with the girls and then dancing back at their house – which we call “the house of happiness” – with a cosmopolitan in my hand. I live next door to all my mates, so it’s great.

I’d like to say sorry to… anyone who ever has to share a bed with me. I take up all the room.

The one thing I’d change about myself is… that I’d have my mental health a little stronger at times. There are certain struggles I have that I wish I didn’t and make me a bit sad sometimes. I’m getting better at managing them but I would love to be happy 24 hours a day. However, you also have to have the lows to get the highs.

The best thing my parents taught me was… to be kind and on time. Then my mum’s a Scouser and always says, “Have a bevvy.”

The first record I ever bought was… Spice Girls, Wannabe.

My greatest weakness is… boys. It’s always been the same. I used to cry over Aladdin. I wished he was my boyfriend so much and even danced with my curtains pretending it was him. I desperately wanted my Disney prince.

The last time I cried was… the other day when I was in bed because I found out something about someone from my past and that made me cry.

If I could pass any law I would… want it to be about privacy for people in the public eye who are clearly struggling.

READ  'The Bachelor': Chase Rice wants 'nothing to do with' drama around performing for his ex

I drive… I don’t. I’ve tried and tried and have had five tests, but I just can’t. I can’t grasp the concept of concentrating on more than one thing at a time.

The shop I can’t walk past is… the off-licence.

The most expensive thing I’ve ever splashed out on is… treating my family and friends. I don’t buy myself many nice things and instead like to take them out for nice, expensive dinners. Some of my friends don’t have that luxury in their life so I love treating them when I can. My friends call my card the “magic card”. But I know what it’s like to have no money whatsoever and be skint, so I’m fortunate that I’m able to do it now.

The person I’d like to play me in a film is… Sheridan Smith. I love her and have had a couple of nights out with her and she’s great and so much fun.

The worst job I’ve ever had is… waitressing. I was the world’s worst waitress for about a week in a pub when I was about 16. The customers liked me because I was friendly, but I got all their orders wrong and the kitchen was absolute chaos whenever I was working.

My favourite place in Britain is… London. I live in north London and love it so much. When I’m away, I miss it – even when I’m up north with family. I have such a good time and enjoy visiting Manchester but I like coming back to London. I think it’s the best city in the world.

My last holiday was… Mykonos with the girls. It was insane and great fun.

I’m currently reading… poetry. It’s a beautiful book called Love & Misadventure by Lang Leav. It’s gorgeous and I’ve been taking pictures of the poems to send to people. There’s one called He And I, which I texted to my sister and asked if I could read it at her wedding.

The best day of my life was… when I came out of the jungle. I knew my mum was there but the rest of my family surprised me. I’ve never been so happy. I knew from there everything was going to be different in my life and it really has.

If I had half an hour left on Earth, I’d… be in my Auntie Amy’s kitchen with my family, drinking, telling stories and sharing memories. Then I’d have to get Bradley Cooper round for the last 10 minutes.

Emily Atack: Has Left The Group tour tickets are available now at livenation.co.uk.