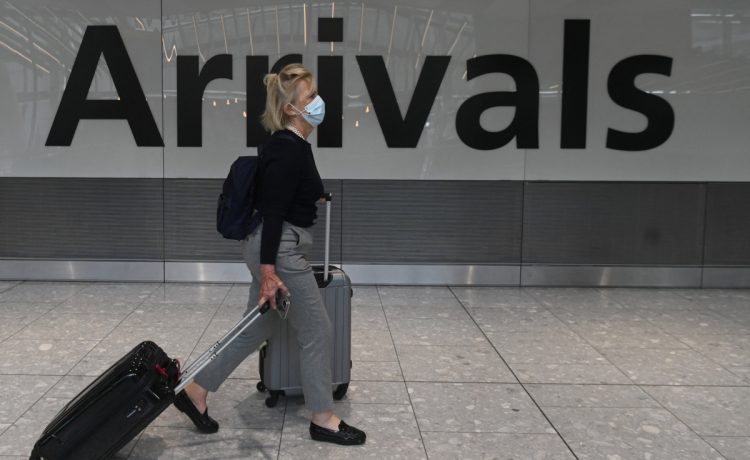 EGYPT and Sri Lanka are set to be added to the red list in another holiday blow for Brits.

Afghanistan will also be shoved on the red list from Tuesday at 4am, further putting holiday plans into chaos, sources said today.

The final confirmation and updated lists is expected this afternoon.

It came as Portugal is expected to be taken off the green list and added to the amber list today – after a worrying new mutation of the Indian variant was detected.

Meanwhile, no countries are being added to the green list in a further gut punch for Brits aching for a post-pandemic getaway.

The Sun revealed how ministers are later expected to send travel plans up in smoke by telling Brits NOT to go to the top holiday destination – and forcing returning travellers to self-isolate.

Whitehall sources said the drastic decision came after PHE raised the alarm that a mutation of the Indian “Delta” variant was found in Portugal – with 68 cases recorded so far.

There is a doubling of the positive Covid rates in Portugal since the first review, too – which far exceeds the positive rates in the UK.

Public Health England are looking into whether the new mutation is more transmissible or less tackled by vaccines.

It is a bitter blow for holidaymakers who made bookings after Portugal became one of the only European hotpots on the green list from May 17.

Anyone coming into the country will already have to show a negative Covid test, and pay for more in the days after they land back in Britain.

If they are negative, people will be released from quarantine and can go out of their homes again.

But those on the red list will have to stay in designated hotel quarantine facilities when they come back to the UK.

And they will be forced to use different terminals too so they don’t mix with other passengers in the airport.

Britain finally opened up its international travel again from May 17, and the green list is set to be updated at least every three weeks.

The Department for Transport has previously warned that Brits should be wary that countries can be taken off the green list with little notice – which could spark holiday chaos over the summer months.

Turning Portugal amber is a blow for Brits

SLAMMING Portugal onto the amber list means holidays for now are reserved just for the rich and retired.

The holiday hotspot was our only hope for a bit of serious sizzling sun and sand without the need for quarantine on return.

But now with poor Portugal looking to be put on the amber list it puts the travel plans of millions are thrown into disarray.

The shattered travel industry – taking its very first tentative steps towards recovery after a devastating 14 months that saw it paralysed by the pandemic – is right back to square one.

After so little time on the government’s green list – and without the notice that putting it onto the green watchlist could have provided – once again holidaymakers will be scrabbling to change their plans at the very last moment.

It seems pointless to continue with this traffic light system – why doesn’t the government just admit they don’t want us travelling anywhere right now and be honest with people?

What we are seeing is a return to the chaos of last summer’s travel corridors despite the fact the UK has one of the world’s most successful vaccine rollouts.

Those who can afford to buy the three tests required to visit an amber country and can take the time to quarantine may well be able to continue with their plans but for most that is just not possible.

It will also mean yet again tour operators having to cancel holidays if the country is also added back to the list of destinations that the Foreign, Commonwealth and Development Office advise against all but essential travel to.

Despite all our sacrifices, it seems this is still going to be a summer of chaos and confusion for travellers.

Furlough could be extended beyond September, hints Michael Gove

Today’s review will come into effect on June 7.

The PM yesterday appeared downbeat about adding too many nations to the safe travel list, saying he would not hesitate to slam them on the red or amber list if he had to.