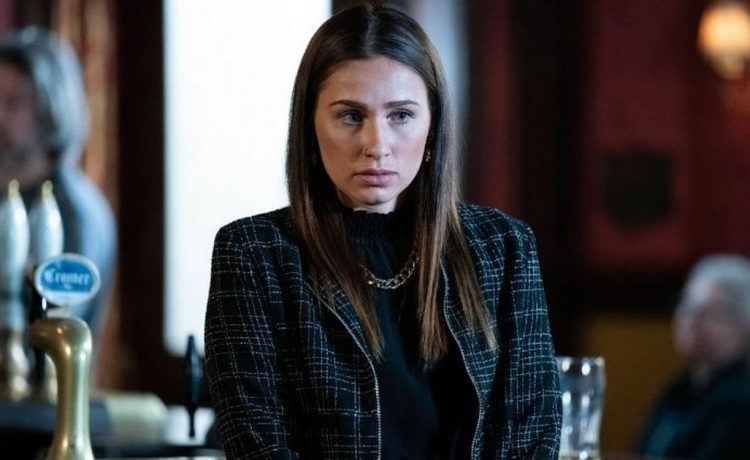 Milly Zero looked like the ultimate rock chick as she posed for a video showcasing her new luscious locks for her online followers.

The London-born bombshell looked sensational as she posed up a storm and made the most of the perfect selfie lighting for her new snap.

Milly, 21, has played Dotty Cotton on the BBC soap EastEnders since 2019 and is known for her long raven locks and rock-chick edge with dark clothing and leather boots.

But away from Albert Square, Milly has undergone a dramatic transformation that looks as though it could cause quite a stir in the Queen Vic.

Taking to her Instagram account which boasts over 55,000 followers, Milly flaunted her new do after dying her hair pink, flaunting it with an array of poses.

The soap baddie went for a full face of glam as she offered a plump pout, accentuated by pink lipgloss, while her cheeks were decorated with a touch of pink blusher.

Milly’s oceanic blue eyes stood out with pink eyeshadow decorating her peepers, while she was casually dressed in a grey hoodie as she went about her day.

Her character Dotty has also seen temperatures rising as her friendship with Vinny Panesar continues to bloom, with the pair often sharing glances at one another from across the room.

As Dotty celebrated her birthday, Vinny, [Shiv Jalota] gifted her with a photo frame, much to Ditty’s dismay.

However, her eyes soon lit up when he revealed he had also managed to track down a historic book on the Ford Capri, with Dotty bursting into smiles.

While smiling at one another over Vinny’s excellent gift ideas, their spark was soon put out when Max Branning makes a shock announcement.

Dotty’s knowledge of Ian Beale’s involvement in the death of Denny Rickman has recently been brought to life when Max Branning revealed that Ian’s new wife, Denny’s mum Sharon had been attempting to poison Ian.

Sharon had been attempting to kill Ian in the weeks leading up to the revelation, poisoning him before one final attempt – lacing his pasta with poison just days before the bombshell came to light.

However, social media users believe that Dotty is working alongside Sharon to kill Beale off, once and for all.

One viewer tweeted: “So hope Sharon and Dotty are working together against Ian? That will be a surprise.”

While a second added: “Am I the only one who thinks Sharon and Dotty are secretly working together to avenge Denny’s death and terrorising Ian?”

“Can Sharon and dotty team up to kill Ian please #EastEnders,” said a third.

EastEnders continues at 8pm on BBC One.