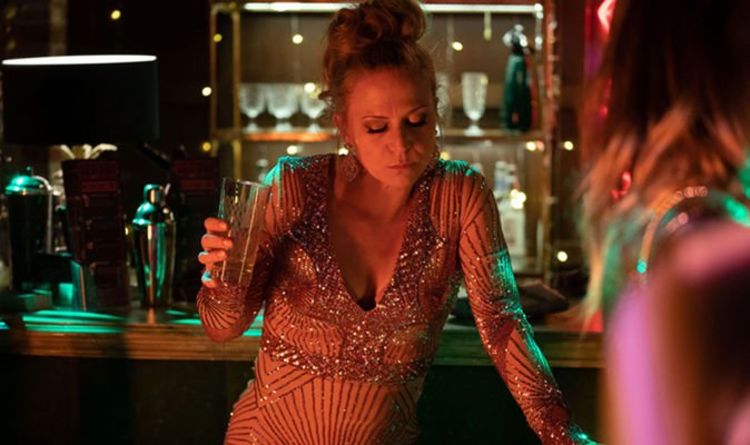 Linda (played by Kellie Bright) has rarely been without a bottle in her hand this Christmas, with her spending Christmas Day in hospital after she drank herself unconscious in Albert Square. In a special episode of EastEnders this New Year, the consequences of her addiction are laid painfully bare.

At a time of encouraged excess, Linda has been taking excess several steps further due to the acceleration of her drinking.

Her reliance on alcohol, whether it’s for enjoyment or as a coping mechanism, has increased over recent weeks on the BBC soap.

On Christmas Day she wound up in the gardens on Albert Square, alone and unconscious after she continued a binge.

Fortunately, she was taken to hospital and even promised Mick Carter (Danny Dyer) that she wouldn’t touch a drop.

This is a promise she is unable to keep, as her addiction is portrayed in a special episode shot entirely from her perspective during New Year’s Eve celebrations.

Executive producer Jon Sen has spoken with The Sun Online about the development of this storyline which culminates this New Year: “Over the past few months, we’ve watched as Linda Carter struggles to cope and finds solace in the bottom of a bottle.”

He also revealed that this addiction will take Linda to a very dark place: “This blistering episode portrays the harrowing consequences of Linda’s alcohol abuse on her friends and family alike.”

He added: “It is one of the most unique and important episodes we’ve made since my arrival a year ago.”

Kate Oates, Head of Continuing Drama at the BBC, has also described how Linda’s deterioration is charted: “What we are going to see is ultimately how addiction gets in the way of their [Linda and Mick’s] relationship in a way that Linda is choosing alcohol above her family.”

She added: “That’s going to have huge ramifications in terms of: ‘Can they stay together, will they be able to co-parent Ollie, is this going to break them up permanently?’”

How will Mick react to the sight of his wife breaking a promise she has only just made?

While Mick will struggle to process the pain his wife is experiencing, Linda will place herself in a dangerous situation.